Both Peter O'Mahony and Bundee Aki received red cards during this year's Six Nations for incidents that were not deliberate. O'Mahony misjudged a clear out and connected with the head of Tomas Francis. His red card arguably cost Ireland the game against Wales. Aki's forearm connected with the chin of the onrushing Billy Vunipola. He stooped before making the tackle. He was possibly an inch too high.

Both decisions were entirely correct.

If rugby is to be serious about reducing the risk of head injuries in the sport, there needs to be a zero tolerance approach to dangerous play. Even accidents have to be punished in the most severe terms and the responsibility of safety will rightly fall on the players.

It's the only way rugby will have a future and professional players will naturally take some time to adjust the habits of a lifetime. Adjust they will though if these kind of punishments are being meted out. When you cost your teams games, and get hefty suspensions to add to it, you won't be long adjusting, or you'll be out of a job.

It is sometimes tough for fans, coaches, and players to accept, but this needs to happen. And those involved in the game are understanding of that.

Unfortunately, progress made is completely undermined by the hypocrisy of rugby's authorities. While accidental strikes to the head are punishable by the most severe of sanctions, it appears intentional forceful contact to the head and face is not being met with the same severity and seriousness.

Earlier today, England's Ellis Genge escaped punishment for his elbow attack on a prone Johnny Sexton during Ireland's win over England on Saturday.

"It's hard to know what to say about it. It really doesn't look great. It looks like a cheap shot."

The incident was already seen as controversial due to the TMO and referee's refusal to review the incident at the time despite the pleas of Sexton. Had they done so, beyond the individual punishment to Genge, Ireland would have had a penalty and cleared their lines instead of conceding a try. In a closer game, that decision would have mattered a great deal. The ref, Mathieu Raynal, suggested the incident would be looked at after the game.

At the very least, rugby fans will have expected a citing for Genge, with a disciplinary hearing convened to decide his fate. Instead, the citing window has expired with no citing and Genge will not face any action.

The incident left Irish fans baffled and outraged, but the bigger issue is for rugby itself. Bundee Aki misjudged a tackle by inches. Ellis Genge repeatedly drove his elbow into a man lying on the ground. How do players like Aki accept their punishment and the need to change when this kind of behaviour goes unpunished?

Rugby cannot pretend to be serious about head injuries when basically punishing accidents and absolving genuine menace and violence.

SEE ALSO: These Are The Ireland Players Who Should Start The First Lions Test 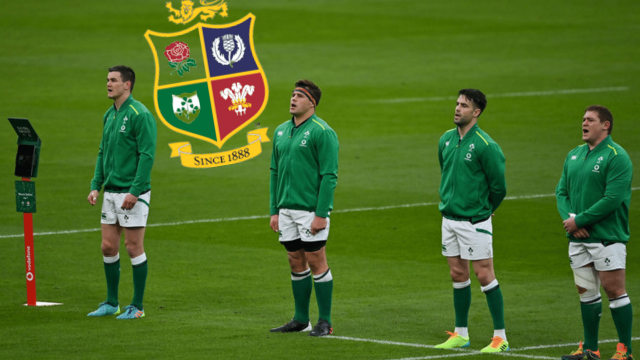