Why There Is Still Widespread Support For "Under Pressure" Geordan Murphy

They have numerous international quality players and the highest average attendance in the league, but Leicester Tigers are languishing second-last in the Premiership and were comprehensibly beaten by Northampton Saints 36-13 in the East Midlands derby last weekend.

Club legend and former Irish player Geordan Murphy took control in September of 2018 but he has been unable to turn their fortunes around. In the aftermath of their loss last week, Ellis Genge was brutally honest about their performance when speaking to the Telegraph.

"You lose your local derby, especially one like this that is so prestigious and has been played over 250 times, and concede so many points…it’s shit from us. You can only apologise to the faithful who keep turning up week-in, week-out. We’ve let you down."

However, speaking to the Balls.ie rugby podcast, World in Union, BBC Leicester Sports commentator Chris Egerton explained why fans have not turned on Murphy.

"Geordan Murphy has plenty of cash still in the bank," he explained. "I think there is an understanding these are longterm issues that need to be addressed in terms of recruitment, getting two or three class acts into the squad each season and then bringing through academy talent. That is going to take time." 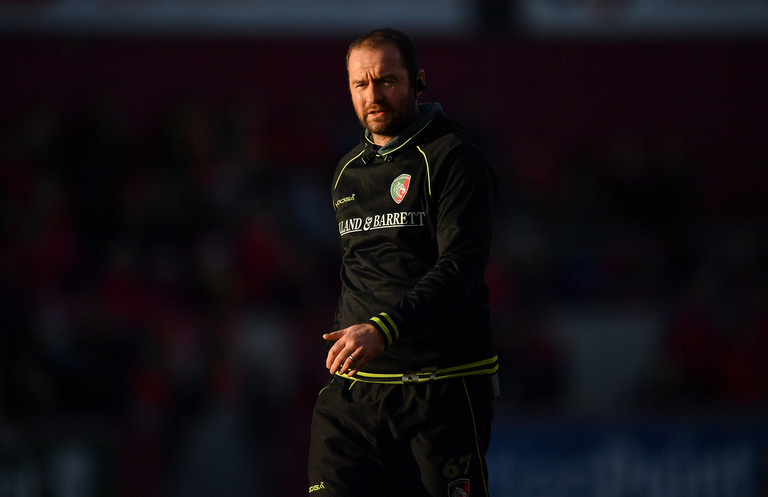 "I think there were one or two concerns after losing. After all, if Leinster or Munster got slammed by 25 or 30 points by the other, there would be questions raised about Leo Cullen or Johann Van Graan. He is under pressure."

But, I have known him for 15 years I have dealt with him as a journalist, I think he is a terrific guy. I think he does have plenty to offer as a coach. He will benefit from something that I believe they are working towards, a Director of Rugby role.

Whether that is him or Steve Borthwick who has been strongly linked to Leicester. It ultimately doesn't matter because when you look at the other eleven clubs, none operate without that powerful Director of Rugby to oversee everything and back up a head coach.

Earlier this year, the rugby club was put up for sale. Egerton stressed the takeover must be quick and seamless so that the club can focus on more pressing matters.

"It almost certainly needs to happen quickly if Leicester are going to get anywhere near the levels they used to achieve a decade ago."

You can listen to the full podcast here or by searching Rugby on Balls.ie' through Spotify, Pocketcast or any podcast platform.