'Knowing Joe, I Can Only Imagine He Is In A Pretty Bad Place'

The Rugby World Cup sees 20 teams arrive in anticipation and 19 depart in disappointment. Ireland's failure to overcome the quarter-final hurdle once again means rage and regret for Joe Schmidt's side who arrived back in the country on Tuesday.

Greg McWilliams knows this sensation. The USA attack coach was also at this tournament but left at the pool stage without a win.

McWilliams is familiar with Schmidt and his team having worked in Ireland with St.Michael's College as well as the Irish Women's side. Speaking to Balls.ie's rugby podcast, World in Union, he explained why Saturday's loss will hurt deep for all involved.

It was obviously very disappointing. On a smaller scale, we lost to Tonga in our last pool game and I still feel deflated. I can only imagine how they feel particularly after a World Cup with high hopes. Coming off the back of becoming the world number one and you underperform, it is very tough.

The manner they went about their performance will be something the IRFU will need to look at and make sure they are in a better position come 2023. Knowing Joe, I can only imagine he is in a pretty bad place.

He is only human like the players are and they are trying to go out and do their best for the people of Ireland. When you let people down, that is when it is toughest.

As for the United State's showing, there were some positives including a competitive outing against France but ultimately McWilliams felt they had more to give: "I am down, disappointed. I am deflated because we did not show our capabilities over the four games."

World Cups can often define rugby. The systems and styles on display hint at the game's direction and coaches like Greg McWilliams are keenly aware of that.

Soon the Irishman will start in his new role as Rugby United New York Head Coach for the 2020 Major League Rugby season. He is already busy prepping, planning for his team's season and structure for the coming year. 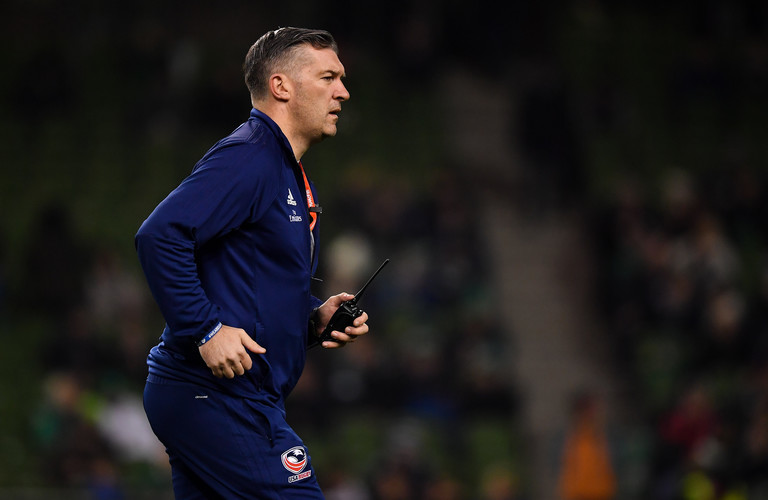 The last month will have a significant impact on that.

"As a coach, you look back at how you could do things differently. Nothing could have prepared us for the time and space that defending teams take away from us.

"We spent three months training really hard and the guys were really committed to what we were trying to achieve but my god, when you play England followed by Argentina, France and Tonga, particularly the first three teams, the amount of time and space they take away in attack meant our players were tested in an environment they were not used to.

"I wish we attacked against more numbers more often. Allowed defenders to be offside to create situations your players would be faced with."

"I have been a coach for 23, 24 years now and the past five weeks I have learned more than the previous 24 years."

To listen to the full interview, search 'Balls.ie' on any podcast platform or click here.