Yesterday, Henry Slade of the Exeter Chiefs became a lightning rod for criticism on social media for saying he wouldn't get the covid-19 vaccine. The quotes were given in an interview with Irish journalist Kate Rowan in the Daily Telegraph.

Slade volunteered his opinions in an interview about being a professional athlete with type-1 diabetes. Slade is one of the first British sportspeople to declare an anti-Covid vaccination stance in the media, and naturally his quotes about the vaccine became the focus of the story.

These are some of his statements on the vaccine:

"I am not going to have a vaccine. I don’t agree with it all,"

"I don’t think you can trust it, can you? I don’t think it [vaccination against Covid] has been going long. There is no way of knowing what could happen with it in the future. I am perfectly fit and healthy. I don’t fancy it at all."

While Slade's opinion on the vaccine isn't helpful or - when it comes to testing - grounded in fact, he is entitled to his own opinions.  As he explains in the article, his position is certainly mitigated by the fact he is  a professional athlete who's regularly tested for covid.

The reaction to Slade's quotes were overwhelmingly negative on social media, and don't need surfacing again. To mitigate the pile-on, Slade issued a statement via the Exeter Chiefs website clarifying his actual stance on the covid vaccine.

"Following an article in today’s Telegraph newspaper, I would like to make the following statement.

The comments attributed to me in regards to the Covid-19 vaccination form a very small part of an exclusive interview I had with the newspaper, which was set up to talk about living with Type-1 diabetes.

Not only as a professional sportsman, but also a person who has to closely monitor my health levels every day, I am acutely aware of the importance of vaccines and the role it plays in helping save lives.

From my own personal experience, I have encountered issues in the past with the use of vaccines and I am continually wary around this area. That said, I have no hidden agenda against the current, nationwide roll-out of the Covid-19 vaccination programme.

When the time comes for me to make an informed decision on whether or not I take up the option of having the vaccination, I will of course consider the thoughts of my family and friends, the latest Government advice, as well as all others around me.

In no way whatsoever am I offering advice to the general public as to the pros and cons of the vaccination programme, everyone has a right to their own opinion on this matter, but given my past experiences, I wish to make the correct decision for myself."

Slade and his representatives are trying to tone down the backlash with this statement, but it's the second paragraph we'd like to take issue with. By describing his opinions as 'the comments attributed to me', Slade seems to be doing everything he can to distance himself from the position he put very happily put on the public record yesterday. It as if he wants people to think he didn't actually say what he clearly did say.

While there's no defending Henry Slade's public comments on the vaccine, it's a pity to see him trying to step away from them, and attempting to throw a journalist under the bus in the process.

Rowan issued a statement on Twitter last night that lamented the negative reaction to the article and criticised the 'attributed to' line for making her seem 'unprofessional'.

I was a journalist doing my job. But I am horrified by the abuse Henry Slade got. I knew this would be a difficult piece but not for so much vitriol. Nor was I expecting after doing an above board interview to have my credibility as a journalist questioned so publicly. #BeKind pic.twitter.com/ZoaqSUFcKh

Rowan also says she's considering giving rugby journalism because of the reaction to articles like this, which would be a massive shame. Rowan has proved herself to be one of the best young sports journalists in the UK over the past 12 months. While the culture around sport and social media remains cancerous, it's good to know there's still good journalists like Rowan on the up. 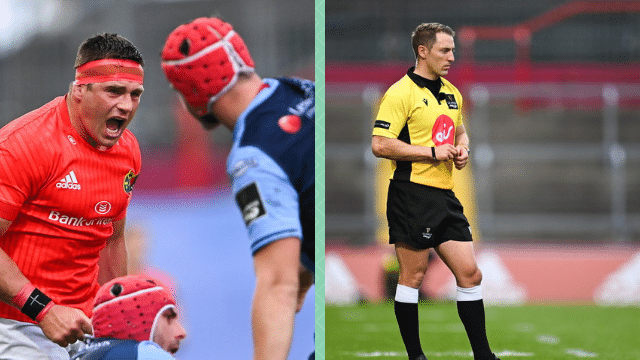