The Lions got the job done against Japan this afternoon, and while there were some good aspects to the performance, the main concern will come in the form of the injury suffered by captain Alum Wyn Jones.

The Welshman was withdrawn inside the first ten minutes after suffering an apparent shoulder injury. It did not look good for him at the time, with Warren Gatland going on to confirm that the player suffered a dislocated shoulder.

You'd imagine this makes him highly unlikely to feature in the first test against South Africa in four weeks time.

Gatland has already said that another player will be called up to the squad, with Leinster's James Ryan an obvious solution. It also raises questions over who could captain the team in South Africa.

Owen Farrell and Maro Itoje are two of the more likely options, with both players seen as potential captains before Jones was given the position.

However, Virgin Media pundits Shane Horgan and Matt Williams believe that Ireland's Tadhg Furlong has a real chance of being named as captain for the test series:

Horgan: It's one of two: [Maro] Itoje, who was probably my first pick anyway, and Tadhg Furlong is probably the other person you would pick in this circumstance.

He is a player who is nailed on to start, one of the key performers, and has Lions experience as well.

One of those two would be my pick...

Williams: Your captain has go to be guaranteed a start. Me and Shane Horgan have had discussions about leadership over the last 20 years and Shane always said to me 'it's how the guy plays first of, he's got to play well'.

That would bring Furlong into play for me even though he hasn't captained a side. His leadership by example out there today was sensational, especially at tighthead prop.

He probably hasn't got enough breath left as a tighthead prop to say anything, but there's plenty of leadership on the field that you can get from other people with words, the actions are important...

Farrell and Itoje's form has not been good enough to say they are definitely starting.

Furlong has little experience as captain with either Leinster or Ireland, although he is certainly an inspirational figure on the pitch for both sides.

It will be interesting to see how Gatland goes about making this decision. 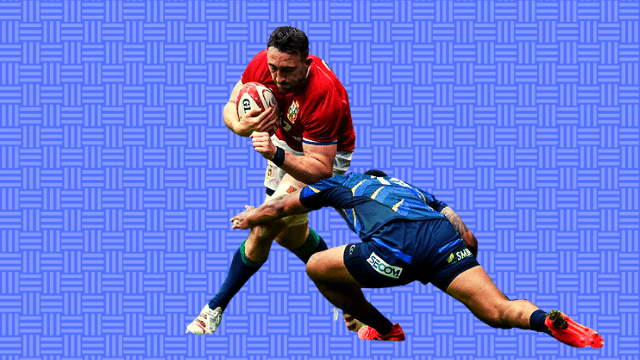 Rugby
4 months ago
By PJ Browne
Matt Williams Slams Performance Of English Refs In Champions Cup
Rugby
1 year ago
By Emmet Bradshaw
Horgan And Williams Divided On Devin Toner's Inclusion Against England
Rugby
2 years ago
By Michael McCarthy
"They Want Him Out" - Matt Williams Claims Devin Toner Exclusion Has Been Coming
Popular on Balls
Football
18 hours ago
By Gary Connaughton
Solskjaer Bites Back At Jamie Carragher Criticism Ahead Of Atalanta Game
GAA
22 hours ago
By PJ Browne
All-Star Keeper Manages Scotstown To Monaghan U15 Title
Football
14 hours ago
By Gary Connaughton
Didi Hamann Hammers Naby Keita For Atletico Madrid Performance
GAA
23 hours ago
By PJ Browne
'He Held The Room For 7 or 8 Minutes, There Wasn’t An Eyeball Off Him'