Fear: an unpleasant emotion caused by the threat of danger, pain, or harm.

Fear is a term often associated with playing the greatest of sporting sides. The Chicago Bulls of the ‘90s, the New York Yankees, the Brazil soccer team, the current Dublin Gaelic football team and Kilkenny’s hurlers are all labelled as teams that create that emotion for those they face.

The All Blacks, perhaps more than any other team in any other team sport represent a fear factor that dwarfs all others. This comes largely from their utter dominance in their sport: the first team to win three World Cups; the first team to win back-to-back World Cups; ten Rugby Championship titles – more than Australia, New Zealand and Argentina combined; and now a tier-one record of more consecutive Test wins than any other side with 18 Ws chalked up.

Encircling that unrivalled list of achievements is also the aura of the All Blacks: the dark, brooding and unique all black kit; the spiritual core of Maori warriorhood brought to life by the Haka; the constant talk of how a Test match in New Zealand is the most difficult assignment any team can undertake in world rugby.

Their list of achievements is staggering in its completeness. The aura contributes to the media and the public writing and talking about the Kiwis in hushed tones of reverence about their all-conquering dominance and their power to crush all and sundry that come into their path.

But any team that takes to the field with any hope of winning must eschew this concept of fear; purge it from their minds and by extension their bodies. You do not win competitive sport through allowing fear to be the dominant factor of your preparation.

Brian Moore, a divisive and unpopular character in many circles, but also one of the finest hookers England has ever produced said “if you're not willing to face the Haka, you have no place being on the pitch.” That statement defines the state of mind you need to face New Zealand. And it is that mindset that will be the bedrock of any potential Ireland win at Soldier Field this Saturday.

If Ireland get that one crucial ingredient right they are in this tie. Contrary to popular perception, the truth is that Ireland do have the players to win this Test match – or the next Test at Aviva Stadium in a fortnight. But certain things also have to happen to make a first win against the ABs in 29 attempts happen.

How can Ireland Beat New Zealand?

Matches can go your way by virtue of specific aspects sometimes – more of that anon – but against a side as good as this current crop of ABs you need the majority of refereeing decisions to go your way, you need your gameplan to be executed well – there is no such as thing as a flawlessly executed game plan - and you need the other team to underperform in key aspects. On any given matchday this can happen and it will happen for Ireland at some point in the rivalry between these teams.

2 Murray and Sexton must fire 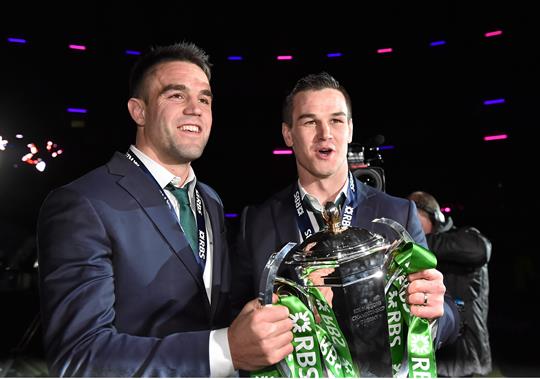 The Conor Murray-Johnny Sexton halfback combination is one of the best in the world. Murray’s variation of pass, box kick and carry is at this point in time world class and has been for some time. Outside him, Ireland have the best out half in Europe on his day. Sexton has a growing number of critics who feel he is not the player he once was, which is in fact not true, he is still world class. Besides, with Ian Madigan’s French sojourn excluding him from selection and Paddy Jackson out of the squad for personal reasons, there is no other choice at No 10. Sexton must be protected at all costs; the Ireland back row will be tasked with this and will be alerted to the fact that this is one of their key tasks on Saturday.

Throwing Joey Carberry into this match on his Test debut is an incredibly risky move and one Joe Schmidt will likely avoid at all costs. It would be equivalent to throwing Jimmy Spink into the Aston Villa first team, in place of the injured Jimmy Rimmer, ten minutes into the final of 1982 European Cup against Bayern Munich. At that time Spink was just 23 and had only made one previous first-team appearance. In the end, Spink partly inspired Villa’s famous win but there is always the possibility such a move can backfire hideously.

Taking on the All Blacks is difficult enough, taking them on and giving them a significant handicap advantage in the first 20-minutes to half an hour makes the job near impossible. If Ireland are behind by ten points or more at the interval it’s very hard to see them pulling off an upset. Ireland led New Zealand 19-0 in the first quarter in 2013 and they are likely to need a points advantage early on to feed off this time out. 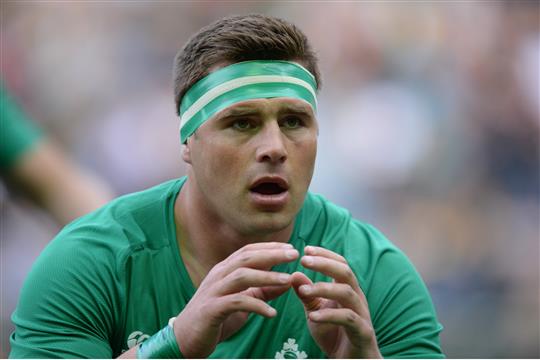 Gainline advantage around the fringes of the breakdown was one of the key areas Ireland gained yardage against New Zealand in 2013. They need similar this time out in Chicago. CJ Stander, Jamie Heaslip and Conor Murray are the men primarily tasked with accomplishing this.

5 Ireland need to be better in the offload

This aspect has two elements to it. Firstly, Ireland need to stop the offloading element to the All Blacks game. Secondly, Ireland have to adopt a game where offloading is part of their own game plan. A reversion back to the kick-chase dominated Irish strategy of 2014 and 2015 won’t work. Ireland must continue to develop the brand of ball-playing rugby they have implemented since the start of the 2016 Six Nations and into the summer tour of South Africa. New Zealand were masterful in the offload against South Africa in their Rugby Championship win in October and it resulted in a biggest-ever winning margin against their fiercest rivals.

By contrast, in Ireland’s most significant win of 2016 so far, the 26-20 first Test victory over South Africa in June, they attacked off a diverse strategy of offloads, retained-ball drives to contact and kicking in attack off the front foot. They are likely to follow a similar gameplan on Saturday.

6 Julian Savea needs to be stopped 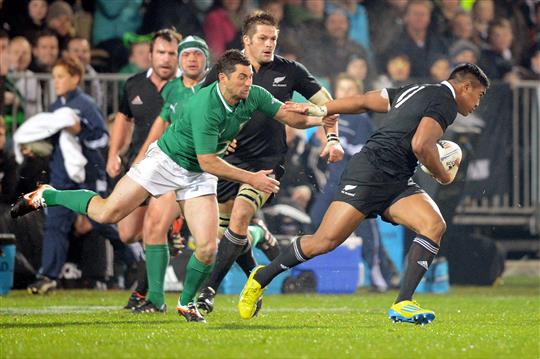 The Kiwi left winger, who will earn his 50th cap on Saturday, is one of their key finishers. Andrew Trimble needs to contain him in defence from the outset. If Savea is allowed to roam Ireland will ship points. This match-up is one of the keys to the game.

7 Ireland must be aware of grubbers into the corner

Beauden Barrett will at least once try to kick in behind the Irish midfield for his back three to chase. Rob Kearney’s positioning must be savvy to this and anticipate the occurrence. It’s a source of tries for the Kiwis and if anticipated is one of their forms of attack that can be nullified. The ABs did this extensively against the Springboks in last year’s World Cup semi-final and it worked a treat in a very tight and physical game of rugby.

The All Blacks fullback likes to join the attack line operating as a third centre, on Saturday this will be outside George Moala. To combat this Ireland need to use a combination of Kearney joining the line, and loose-forward runners fanning out to increase the numbers in the backfield.

9 Ireland need impact off the bench

It’s a cliché, but rugby is a squad game now, like in soccer, Gaelic games or American football. The impact of replacements such as Cian Healy and Ultan Dillane off the bench is vital. They need to slot in seamlessly in defence in the final quarter, and at the time add impetus in attack. If Carberry and Garry Ringrose make their debuts they have no time to acclimatise to Test rugby, they need to perform immediately.

10 Gainline advantage in midfield is central to the game

Go-forward ball from both five-eighths, Sexton and Henshaw, and Jared Payne outside them, will dictate the flow of the game. If this department gains parity then Ireland will have a platform to attack off. The abrasive nature of Ryan Crotty and Moala is likely to ensure Ireland will not dominate this area but if they can hold their own they are in with a chance. Linking in to this, Payne’s marshalling of the defensive line is paramount.

All the above elements are part of a wider picture where Ireland must implement and execute a gameplan to match New Zealand’s high-tempo one. Fail to do this against the All Blacks and the outcome is usually total destruction similar to Wales’ crushing 46-6 defeat this summer just gone.

New Zealand’s unbeaten run stretches back to 15 August 2015, in that time Australia (five times), Argentina (thrice), South Africa (thrice), Wales (thrice), as well as Namibia, Georgia, Tonga and France, all once each, have tried and failed to stop the juggernaut. Only twice in that time have the White Ferns looked vulnerable, against Argentina and South Africa in World Cup clashes last year. Whether they are ready for it or not, it’s Ireland’s turn to step up to the plate.

Ominously for Ireland, in the pre-match build-up All Blacks coach Steve Hansen stated “with this being the first game of the four-match tour, it gives us an opportunity to take our game to the next level.” Just how much better can this team get?