The European Champions Cup Draw And How It Works

When starting this article, we're reminded of Gift Grub's Keith Duffy character and his trademark explainers. "The rules of the new European Champions Cup format are easy..." You just need an abacus, a degree in maths and a masters in logical philosophy.

Seriously though, they may sound a little confusing at first but they're not complicated.

This season the Champions Cup features 24 teams and will have a different format, due to the impact of Covid-19. With the draw for the pool stages now completed, we know that Leinster will face Northampton Saints and Montpellier, Munster have been drawn against Harlequins and Clermont, Ulster are up against Toulouse and Gloucester, and Connacht face Pat Lam's Bristol Bears and Racing 92.

But here's where it gets slightly tricky: there are only actually two pools. Allow us to explain...

How does the European Champions Cup draw work?

The clubs were divided into two pools of 12 by means of a draw and the tournament will be played over eight weekends.

For the purposes of the pool draw, the clubs were separated into tiers, and clubs from the same league in the same tier could not be drawn into the same pool.

The Champions Cup quarter-finals will be played over two legs, followed by single-leg semi-finals and a final in Marseille on 22 May 2021.

The 24 teams are drawn into two groups. In each group of 12, a team plays two other teams. Who plays who was determined by two factors: tiered ranking and the rule that teams from the same league cannot play each other.

Leinster were drawn into Pool A, while Ulster, Munster and Connacht are in Pool B.

As 1st seeds (Tier 1), Leinster play Montpellier and Northampton Saints (4th seeds); Ulster play Toulouse and Gloucester, Munster play Clermont and Harlequins, and Connacht play Racing 92 and the Bristol Bears. They will play these teams twice, home and away.

The Champions Cup quarter-finals will be played over two legs, followed by single-leg semi-finals and a final in Marseille on 22 May 2021.

So there's all you need to know. Any questions? Give us a shout on social media. 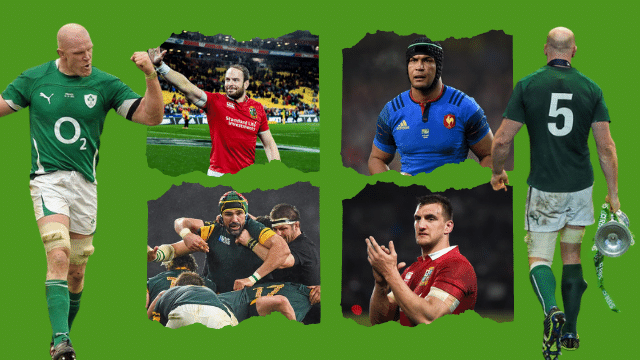