How To Watch Connacht Vs Stade Francais

Connacht need a win away in Paris to guarantee their progression to the Champions Cup knockout stages. After a gruelling double-header against Leicester Tigers, Connacht need to make sure their good performances count for something and a win against Stade Francais will do just that. Here's how to watch Connacht vs Stade Francais and team news.

How to watch Connacht vs Stade Francais

Connacht face Stade Francais in Paris on Sunday 22nd January and kick-off is at 1pm.

The game is live on BT Sport 3 and their coverage starts at 12:45pm.

Connacht have reached the knockout stage of the tournament, thanks to covid outbreaks that have caused cancellations of other fixtures. But there is still a lot to play for. If they get a bonus point win they could leapfrog a coupe of teams and get the fourth spot or even third.

Four Connacht players have been called up to the Ireland squad for the Six Nations as Bundee Aki, Finlay Bealham, Jack Carty and Mack Hansen make the full squad and Cian Prendergast will join up with the squad in Portugal as a development player.

Mack Hansen makes a return to the Connacht lineup this weekend after a calf injury has kept him out for the last while. Props Jordan Duggan and Greg McGrath go into the starting lineup while Charlie Ward and Sam Illo on the bench could make their senior debuts for Connacht.

Stade have had a poor season in Europe so far. They lost 28-17 away to Bristol Bears last weekend after having their home match against the Bears postponed and awarded as a draw. It's almost a certainty that they won't go through to the Round of 16 in the Champions Cup, but they still want to quaify for the Challenge Cup. Teams that finish between 9th-11th in their pools all qualify for the Challenge Cup while the 12th place sides in each pool are knocked out of Europe entirely.

Stade currently sit 10th, on the same points as Scarlets in 12th. If they lose and Scarlets win, then Stade will be knocked out of Europe entirely and miss out on potential prize money, so they'll definitely want to make sure they stay in Europe.

Ngani Laumape comes into the starting lineup at outside centre for the Parisians. Nicolas Sanchez also starts at out-half. 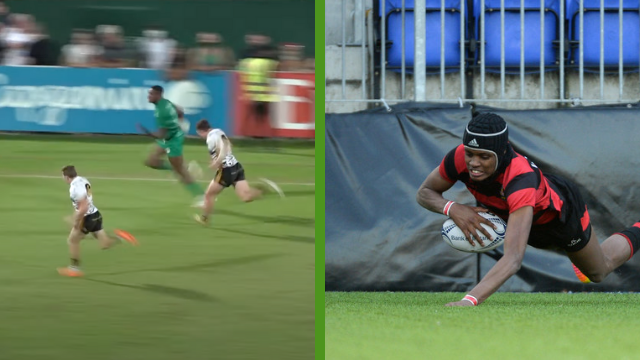