How To Watch Leinster v Toulon In The Heineken Cup

NB: this match has been postponed due to a positive covid test in the Toulon camp.

After a mid-season change of format, and a COVID-enforced long-term break, the Heineken Cup and Challenge Cup are finally back this weekend with the last 16 games. All four Irish provinces are in action, and we have all the information on how to watch Leinster v Toulon.

Leinster are looking to take a fifth Heineken Cup title this year - but it will be a tough ask to defeat the three-times champions from France this weekend.

Leinster have home advantage for the tie, with the game taking place at the RDS in Dublin.

Leinster v Toulon will kick off at 5:30pm on Friday April 2nd.

All the weekend's games are live on BT Sport, with coverage of Leinster v Toulon kicking off at 5:15pm on Friday evening.

How are Leinster's chances looking?

Leinster enter their last-16 tie off the back of sealing their fourth consecutive Pro14 title. Many of their first-choice players were part of the Irish squad that saw a successful finish to the Six Nations, though injury concerns abound for their first-choice outhalf Johnny Sexton. Irish internationals Garry Ringrose and James Ryan are unavailable through injury.

Their opponents Toulon claimed three consecutive Heineken Cups in the middle of the decade, but are not the same force they used to be, and currently sit 7th in the Top 14 table in France. They fell to a heavy defeat to Scarlets during the shortened pool-stage of the competition.

All four Irish provinces are in action across the Heineken and Challenge Cups this weekend, with all of the games like on BT Sport 3 over the course of the weekend. 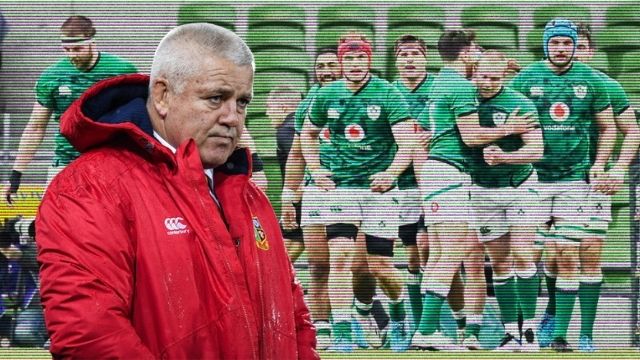 Rugby
1 week ago
By Michael McCarthy
Four Leinster Players Nominated For European Player Of The Year
Rugby
3 weeks ago
By Eoin Harrington
How To Watch Munster v Toulouse In The Heineken Cup
Rugby
4 months ago
By Gary Connaughton
Watch: Leinster Turn On The Style In Emphatic Montpellier Win
Previous Next