How To Watch Ireland Vs Argentina: Match Preview

Ireland may still be living off the high of last Saturday but there's still one more match to go in this Autumn series. They face an Argentina side that have traditionally been Ireland's bogey team. While it's still brilliant to beat the All Blacks, momentum into the Six Nations is crucial so going unbeaten in November will be key. It's also a chance to see younger players and new players get a few minutes under their belt. It's the final match of the Autumn series so here's how to watch Ireland vs Argentina and a match preview.

How to watch Ireland vs Argentina

Ireland vs Argentina is on Sunday 21st November at 2:15pm.

The match is live on RTÉ 2 with their coverage starting at 1:30pm.

The match is also live on Channel 4 with their coverage starting from 1:45pm.

Ireland are coming into this match on probably their best form since winning the Grand Slam in 2018. They are unbeaten in seven matches including wins over England, Scotland, Japan, USA and of course New Zealand. Ireland didn't just beat New Zealand, they dominated them. They heaped pressure on them from the first minute to last, never letting their foot off the gas. It was brilliant to see Ireland outperform New Zealand in every facet of the game.

There's a couple of injuries in the squad ahead of this match as Jamison Gibson-Park and captain Jonathan Sexton are both ruled out. Robbie Henshaw has been ruled fit to start the match as Ireland make four changes to take on the Pumas.

Argentina head to Dublin off the back of a good win against Italy. They took advantage of sloppy mistakes from the Italians but it was a rare pumas win in 2021. They lost all six of the Rugby Championship matches and lost to France in Paris the week before beating Italy. Mario Ledesma's men only win in 2021 came against a weakened Wales side in the summer.

This year has slowly turned into being a great one for Irish rugby and it will be fitting to end it off on another victory. 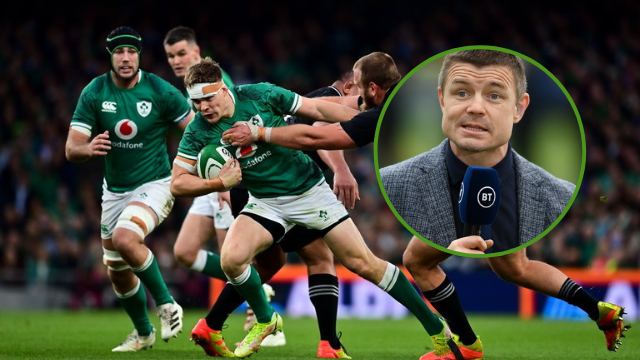