How To Watch La Rochelle v Leinster In The Champions Cup

We’ve finally reached the semi-finals of this year’s Heineken Champions Cup. Leinster are the only Irish team remaining, with Ulster in action in the Challenge Cup as well. We have all the info you need on how to watch La Rochelle v Leinster in the Champions Cup this weekend.

Leinster travel to the Stade Marcel Deflandre in La Rochelle for the semi-final tie.

La Rochelle v Leinster kicks off at 3pm on Sunday May 2nd.

How to watch La Rochelle v Leinster in Ireland?

The game is unfortunately not available on free-to-air TV in Ireland. BT Sport have exclusive rights to the game and will kick their coverage off on BT Sport 2 at 2:30pm on Sunday.

How are Leinster’s chances looking?

Leinster are tied favourites for the tournament with Toulouse. They impressed with their confident victory over defending champions Exeter in the quarter-finals and also recently cruised to their fourth successive Pro 14 title. They suffered a rare defeat to Munster in the newly formed Rainbow Cup last weekend, though many of their first-choice players were rested for that game.

La Rochelle sit in second place in the Top 14 table, and are appearing in their first ever Champions Cup semi-final. Former Ireland out-half Ronan O’Gara is head coach of the French side, and will be eager to add to the two Heineken Cup crowns he won as a player with Munster. He was recently promoted to the position of Director of Rugby, and has received widespread praise for his work in France.

Ulster are the only other Irish team left in European competition this season, as they take on Leicester Tigers on Friday night in the Challenge Cup semi-finals. The game in Leicester kicks off at 8pm on Friday, with live coverage again on BT Sport 2.

In the other Heineken Cup semi-final, it’s an all-French affair between Toulouse and Bordeaux Begles on Saturday afternoon. Kick off from Toulouse is at 3pm and that game is live on BT Sport 3, Virgin Media Two and Channel 4.

SEE ALSO: 'We Watched It Back On Monday, Everyone Had A Good Laugh At My Expense' 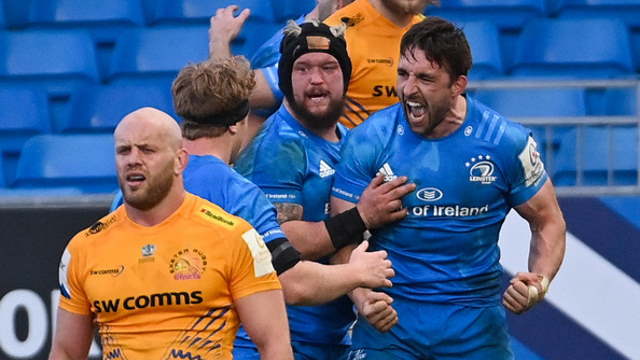