How To Watch Leinster vs Dragons: TV And Kickoff Info

After an impressive win at home last Saturday Leinster travel to Wales to take on the Dragons at Rodney Parade. The defending champs had a dominant 31-3 bonus point win over the Bulls to start their drive for 5 titles in a row. They now have their first away trip of the season in Newport where the Dragons await, who are hoping to make up for their opening day defeat to the Ospreys. So, here's how to watch Leinster vs Dragons in the URC.

How to watch Leinster vs Dragons

The match is on Sunday at 2pm.

You can watch it on RTÉ 2 with coverage starting at 1:45pm.

Premier Sports 1 will also be showing the match as well as URC TV.

After some concerns on Saturday Andrew Porter, Garry Ringrose and Ciarán Frawley are all able to train fully this week and are available for the match on Sunday. Harry Byrne has also returned to training while Caelan Doris will be further assessed ahead of the trip to Wales.

Leinster started from where they left off last season with a fast paced, strong performance against the Bulls. The South Africans did let themselves down but Leinster were phenomenal. They played at such an immense pace that the Bulls couldn't keep up. Leinster did put their foot off the gas in the second half and were fortunate not to concede a try. Their defence in the second half was very impressive nonetheless.

The Dragons on the other hand had a frustrating start to life in the URC. They lost 28-23 at home to Welsh rivals Ospreys. They had raced to a 10-0 lead early on in the first half, but failed to capitalise on it after conceding 17 unanswered points in the second half.

In attack they looked good, with Sam Davies pulling the strings at out-half. However, all the tries they conceded were quite soft and not ones they'll want to concede again. The Dragons could definitely cause Leinster an upset if they tidy up their discipline. 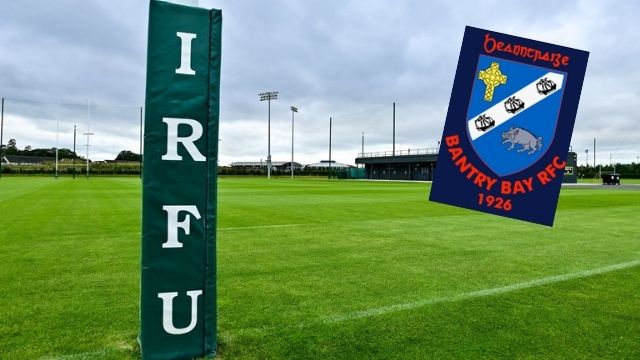 Rugby
3 years ago
By Gavin Cooney
Dragons Part Company With Bernard Jackman
Rugby
3 years ago
By Maurice Brosnan
The Divided Reaction To The Yellow Card For A Late Hit On Johnny Sexton
Rugby
3 years ago
By Gavin Cooney
Welsh Media And Fans Begin To Turn On Bernard Jackman After Kings Embarrassment
Popular on Balls
GAA
2 days ago
By PJ Browne
Insane Drama As Late TJ Reid Goal Sends Ballyhale Into All-Ireland Final
Rugby
1 day ago
By Colman Stanley
Yesterday Was Not The First Time Wayne Barnes Sent A Player Off For Getting Lippy
Rugby
22 hours ago
By Colman Stanley
Champions Cup Predictions And Permutations For The Irish Provinces
The Rewind
2 days ago
By Jonathan Byrne
The Definitive Ranking: Deli Items Ranked From Best To Worst