Munster look to continue their 100% start to the season away in Llanelli against the Scarlets this weekend. It will be Munster's first game away from Thomond Park and they'll be facing a very good Scarlets side. It promises to be an exciting game but is Munster vs Scarlets on TV? Here's all the information you need on how to watch Munster v Scarlets.

When is the match?

The match is on Sunday 10th October with kick off at 2pm.

How to watch Munster vs Scarlets?

If  you're wondering how to watch Munster v Scarlets on demand, you can also catch the match at URC TV if you subscribe to the service.

The only team news for Munster is that Jason Jenkins has returned to full team training this week. However Chris Farrell, Roman Salanoa and Liam O'Connor remain out of action for the time being.

Munster come into this match off the back of two bonus point victories at Thomond Park. Against the Sharks they looked strong from the first minute but against the Stormers a week later it took Munster a bit of time to get into the game. They went 15-0 down but they rallied back and put in a great second half performance to win 34-18. However, they might not get away with having another slow start against a stacked Scarlets side.

The Scarlets have 24 international players in their squad and on paper have one of the strongest squads in the URC. However they lost to Edinburgh in their season opener a fortnight ago. They followed this up with a bonus point victory against the Lions at home and are looking to build some momentum in the Parc Y Scarlets. Llanelli is always a difficult place to go and with a full crowd there it will be a tough trip for Munster.

Scarlets will be without Rhys Patchell, Sam Lousi and Josh Macleod. Aaron Shingler has returned to training after picking up a knock against Edinburgh but it's unclear if he will play. British and Irish Lions fullback Liam Williams is expected to be out for another with appendicitis. The Welsh international had only returned recently but will have to sit out now after having an operation.

This promises to be an exciting match and perhaps Munster's toughest challenge yet. Can they continue their free scoring form? We just have to wait and find out.

See Also: The URC: How Teams Are Mastering The Art Of Referee Analysis 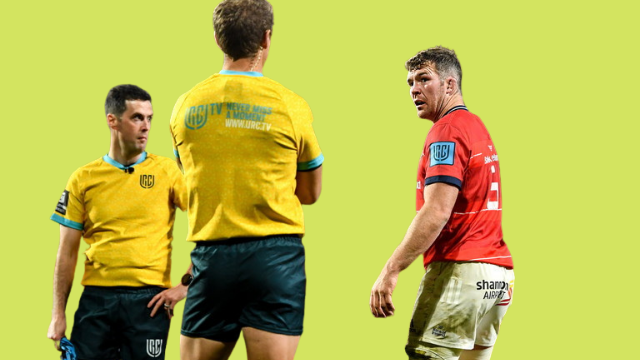