How To Watch Munster vs Sharks In URC Opener

Munster kick off their URC campaign in Thomond Park against Cell C Sharks. Munster haven't won a trophy since 2011 when they beat Leinster to win the Magners league, yep it was still the Magners league back then. They'll be looking to change that by winning the inaugural URC and that journey starts this weekend. Here's how to watch Munster vs Sharks in the URC.

What time is Munster vs Sharks?

Munster take on the Sharks on Saturday at 7:35pm.

How to watch Munster vs Sharks?

The match is on RTÉ 2 with coverage starting at 7pm.

It is also on Premier Sports 1 with their coverage starting at 7:25pm.

You can also watch the all matches on-demand if you subscribe to URC TV.

Munster are coming in to this season after losing the Pro 14 final to Leinster last season. Since that game they have lost 2 key figures in the pack. CJ Stander and Billy Holland both retired and left Munster with a couple of holes to fill. Therefore, they signed South African John Jenkins from Japanese side Toyota Verblitz and promoted a lot of players from the academy.

There's been plenty of talent coming through Munster the last few years and with players like Ben Healy, John Hodnett and Craig Casey coming through the ranks. Other young players like Gavin Coombes will be given a bigger role this season after the loss of Stander.

For this match however Munster will be without Liam O'Connor and Roman Salanoa who are both injured while Hodnett and Springbok RG Snyman are both slowly returning to full training.

Cell C Sharks are playing in their debut campaign of northern hemisphere rugby. They'll be bringing former Ulster scrum-half Ruan Pienaar over to Thomond. Pienaar was able to sign a short-term agreement to move to the Sharks from the Cheetahs, who are not in the URC after being in the Pro 14 for the last few seasons.

Former Munster player Gerbrandt Grobler will also be making a return to Ireland. You may remember the controversy he caused when he joined Munster as in 2015 he had failed a drugs test and served a ban, leading many people to think he shouldn't be playing to Munster. 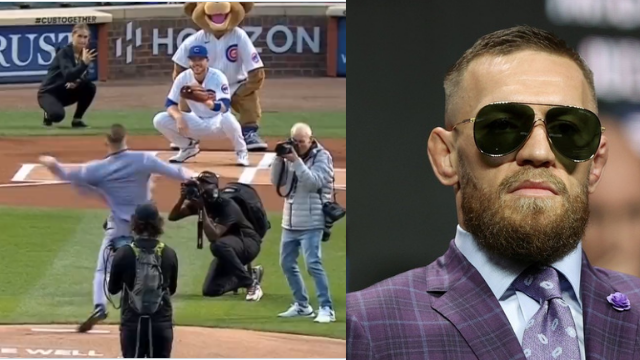 Rugby
1 month ago
By Jonathan Browne
How To Watch Munster Vs Leinster In Interpro URC Clash
Rugby
2 months ago
By Jonathan Browne
Munster Vs Dragons: How To Watch and Match Preview
Rugby
3 months ago
By Jonathan Browne
Munster Vs Zebre: TV Listings And Match Preview
Popular on Balls
Rugby
2 days ago
By Colman Stanley
'That Pace, That Intensity, That Organisation' All Black Legend Has High Praise For Leinster
GAA
2 days ago
By PJ Browne
Cusack Has Little Sympathy For Gearoid Hegarty After Red Card
Football
10 hours ago
By Colman Stanley
Wagatha Christie Trial Sheds New Light On England's Euro 2016 Disaster
GAA
16 hours ago
By PJ Browne
GAA President Explains Why Tailteann Cup Won't Be All-Ireland Curtain Raiser