How To Watch The Munster v Toulouse Aviva Stadium Clash

While it may have looked bleak for both sides heading into the second leg of their last 16 ties, Munster and Toulouse put in huge second leg performances to advance to the quarterfinals and meet this weekend. While Munster have hit form at the right time, they will be disappointed that this fixture is in the Aviva Stadium, rather than Thomond Park. Still, this has the potential to have fireworks. Here is all the information you need for the game, including how to watch Munster v Toulouse.

When Is Munster vs Toulouse?

The game is on this Saturday, with kick-off at the Aviva Stadium at 3.00pm.

How to watch Munster v Toulouse?

Live Coverage is on BT Sport 2, with coverage beginning at 2.45pm.

Munster will come into this game with a lot of confidence behind them after back-to-back key victories over Ulster and Cardiff in the URC. Morale was low after the first leg defeat to Exeter, which followed their defeat to Leinster in the URC. However, in Johann Van Graan’s final weeks as manager, they have dug deep to get vital victories at a crucial stage of the season.

Toulouse come into this game in mixed form, with inly two victories in their last five. However, with World class players all over the pitch, a moment of magic can come from anywhere, especially with Antoine Dupont in the side.

Munster are still without Tadhg Bernie, Andrew Conway and Dave Kilcoyne for this weekend. Joey Carbery and Damien De Allende come in for Rory Scannell and Ben Healy.

Both Josh and Fineen Wycherley start in the pack, with Jack Daly set to make his European debut from the bench.

van Graan has opted to start Conor Murray over Craig Murray, a decision that could prove fateful to the outcome of the game.

Toulouse will look to Antoine Dupont to dictate the game from nine, while their pack will hope to take advantage of Munster's injuries.

SEE ALSO: Ronan O'Gara Was In Touchline Verbals With The Toulouse Coach 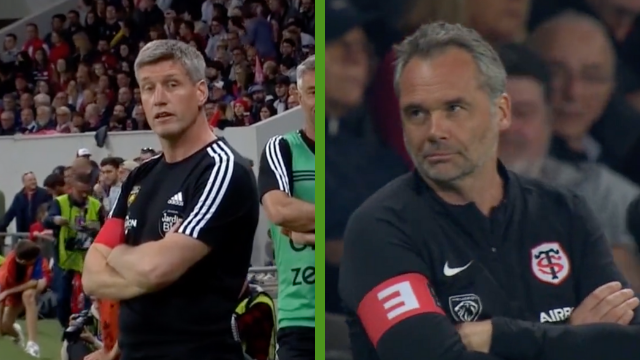