Is Hugo Keenan The Answer To Ireland's Long-Term Issues At Fullback?

Another game against England, and much of the same old story.

The game in Twickenham this afternoon followed the same pattern as all our recent games against England. Ireland struggled to cope with the physicality of hosts, repeatedly failing to make any ground at the gain-line.

The English tackled in pairs, jumping out of the defensive line at the earliest opportunity to take down the ball carrier.

The line-out was also a major concern for Andy Farell. Ireland lost possession from their own put-in on three occasions in the opening half an hour, one of which led directly to an opposition try.

In all, despite the personnel changes, it seems this Ireland team are struggling in the same areas against Eddie Jones' men.

If there was one area of improvement, it came in defending kicks deep into Irish territory. There were a few exceptions of course, but in general the visitors dealt well with England's kicking game.

Hugo Kennan certainly played his part. Having started on the wing in his first two international tests, the Leinster man has now filled in at fullback the last two weekends.

He did well against a fairly poor Welsh team last weekend, but the big test was always going to come this afternoon.

As Bernard Jackman described before the game, England have caused huge problems for Ireland in the recent past with their kicking game.

England have really made the kicking game their own, and like to play and kick on their own terms. @bernardjackman walks us through their process and how @IrishRugby can counteract this today #RTERugby #RTESport #ENGvIRE pic.twitter.com/3yg0qTn76C

It was always going to be a tough challenge for Keenan to help counteract this area of the game. He had mixed results.

He dropped one ball early on, but was otherwise fairly solid in the opening 15 minutes. He made a couple of strong collections in the air, while clearing his line wells with a couple of kicks.

However, he certainly would have hoped to do better on the opening try. Keenan was caught badly out of position for Owen Farrell's cross-field kick, allowing Jonny May to collect the ball in the air and touch down for the game's opening try.

This trend continued for most of the game. The 24-year old would look very comfortable in one passage of play, but would follow it up with a poor clearing kick that would hand the initiative to England.

The English pressure was relentless throughout. Even when Keenan did gather the kick, he was quite often taken out by on-rushing tacklers as soon as he landed.

When he was withdrawn just before the hour mark, he looked shattered.

In terms of what we learned from this performance, it's still far too early to judge whether Keenan can be a long-term solution for Ireland at this position. England put more pressure on that position than perhaps any other team in world rugby, meaning this was as big of a test as any player is likely to face.

Fullback has been an issue in the Ireland team for quite some time now. Rob Kearney was a filled the '15' jersey for over a decade, but Joe Schmidt was on a quest to replace him for a number of years towards the end of his career. It was his lack of attacking flair that was the main issue.

The best example of that came in the Six Nations game against England in 2019, with Robbie Henshaw starting at fullback with an eye towards the World Cup later that year. The experiment didn't really work and was never considered again.

Jacob Stockdale has had his own struggles in the position over the last year, with his performance in Paris a strong indication that he won't be the solution for Ireland. 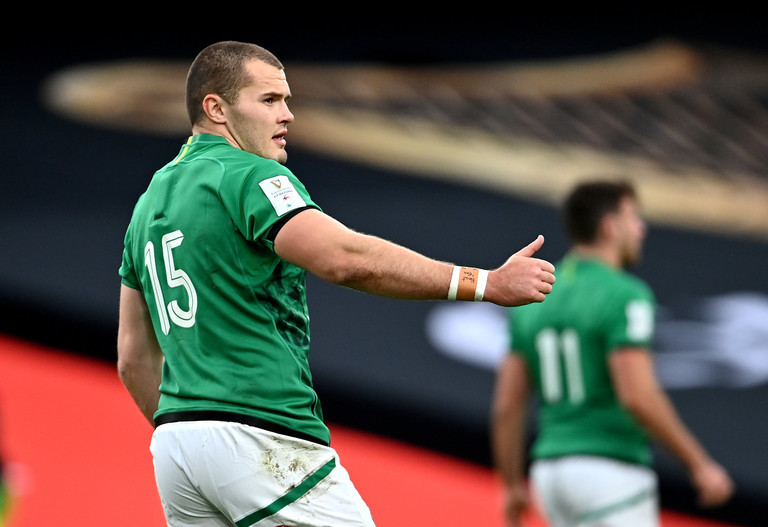 Jordan Larmour is probably the best bet at this stage. The Leinster man can be electric in the open field, but question marks do remain over his defensive ability. That will have to be improved upon if the concerns over Ireland's fullback options are to be truly eased.

We saw today the difference a hugely dependable fullback can make, with Elliot Daly a rock in that England team. He covers the backfield, kicks to an extremely high level, and has the ability to cause problems for opposing defenders.

Nothing looks certain at the minute. 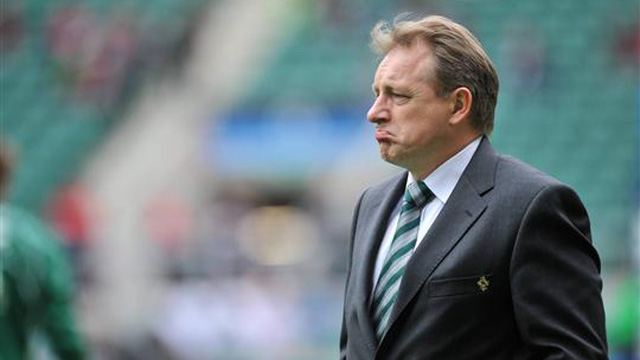