Just as he had been on the pitch following the game, CJ Stander was a bundle of emotion in the dressing room after Ireland's victory over England on Saturday.

The game was the 30-year-old's final appearance in the green jersey. He announced during the week that he will retire from rugby at the end of the season.

"It's a good buzz," Keenan said during a post-match press conference.

"We put in a good performance that we were putting pressure on ourselves to deliver on all week, and all campaign.

"Everyone's happy. It's a great way to send CJ off. We sang a song, and it's enjoyable in there. Simply The Best [was the song]. It was good craic."

Ireland head coach Andy Farrell said the team did its utmost to restrain their emotions this week.

"I've said to him in the changing room that he can be as emotional as he wants to be now," said Farrell.

"He's given his heart and soul to the green and red jersey. He's got a chance to play in a cup final for Munster next week.

"It's been an emotional week, and we've tried to keep a lid on it as best we can. It's fitting that CJ was able to say goodbye to his friends, tell them the truth, and where he's coming from, reasons why [he's leaving]. How they've responded to him, and how he's kept a smile on his face, has been totally fitting to what this team is about.

"He's emotional in the changing room, but happy emotional. I can't say enough about him as a bloke. He's the most kind-hearted bloke you'll ever meet. He'll be a mate forever." 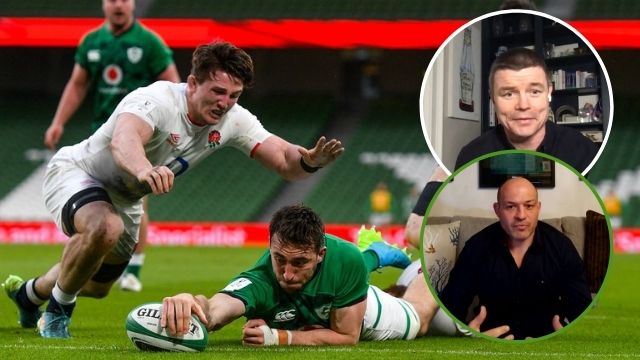