Warren Gatland made some odd calls during the Lions' summer tour to South Africa.

He opted to attempt to match the physicality of the world champions, despite perhaps being better served by trying to beat them with an attacking style. Some of his team selections were also questionable.

Iain Henderson was a prime example. The Ulster man was amongst the stronger performers in the warmup fixtures, but failed to make the squad for any of the three test matches.

Speaking on BBC Sport NI’s Ulster Rugby Show back in September, Henderson gave the selection of Courtney Lawes as an example of Gatland perhaps picking some players in the test side regardless of form.

Don’t get me wrong, Courtney is a class player and he probably deserved to be playing, but that would lead you to believe that he [Gatland] wasn’t picking on who was on form at that stage, because Courtney had already banked his form from before.

He told me I had trained really well, played really well and unfortunately it just didn’t work out the way I wanted it to be.

I wouldn’t be one to go nagging coaches. In my opinion, I go about my business and do what I can on the training pitch.

I kind of feel among a lot of the staff and squad they felt similarly, but at the end of the day it’s the top dog’s decision and I wasn’t there.

Lawes was not at his best during the series, while a number of other players were also continually selected despite not being at their best.

However, speaking ahead of the Ireland's game against Japan at the weekend, Iain Henderson said his comments about Gatland's selection policy were misinterpreted.

A lot of those comments, lines were lifted and probably misconstrued a little bit.

I wasn’t in touch with Gats. Like I said at the time, I would have a lot of faith in Gats’ decisions.

It was tough. I was just delighted to be there, to be involved. For anyone to be involved in a Lions tour, it’s incredibly special.

And I was fully aware prior to the Lions team announcement that there was a chance that it mightn't happen for me.

So being out there, it was obviously disappointing not being selected.

But being able to bounce back in and get training, have pre-season with Ulster has been brilliant, and absolutely amazing getting back down here in camp and having a really good week’s prep last week and this week has started off really well, too.

Iain Henderson has been in strong form for Ulster to start the season and will be hoping to carry that into the upcoming fixtures against Japan, New Zealand, and Argentina.

SEE ALSO: The Ireland XV We Want To See Start Against The Brave Blossoms 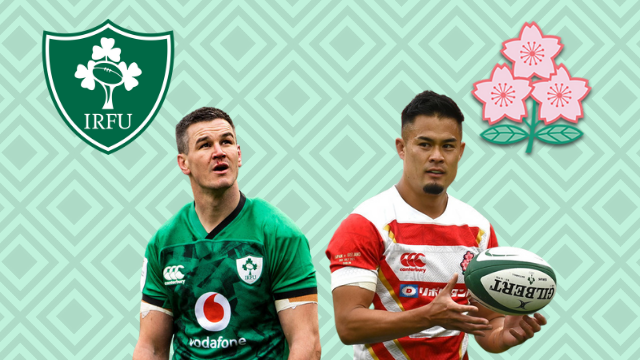 Rugby
10 months ago
By Michael McCarthy
What Irish Lions Will Warren Gatland Pick For The First Test?
Rugby
1 year ago
By PJ Browne
Iain Henderson Has 'Only Ever Had Eyes For Ireland'
Rugby
2 years ago
By Emmet Bradshaw
Horgan And Williams Divided On Devin Toner's Inclusion Against England
Previous Next

Rugby
10 months ago
By Michael McCarthy
What Irish Lions Will Warren Gatland Pick For The First Test?
Rugby
1 year ago
By PJ Browne
Iain Henderson Has 'Only Ever Had Eyes For Ireland'
Rugby
2 years ago
By Emmet Bradshaw
Horgan And Williams Divided On Devin Toner's Inclusion Against England
Popular on Balls
GAA
1 day ago
By PJ Browne
The Draw Has Been Made For Tailteann Cup Opening Rounds
GAA
2 days ago
By PJ Browne
Donal Óg Cusack Defends Dublin Hurlers After John Mullane Criticism
The Rewind
3 days ago
By Eoin Harrington
Watch: Brilliant Dermot Morgan Dublin Segment From 'The Travel Show' Resurfaces
Football
3 days ago
By Eoin Harrington
Alan Shearer Says Roy Keane "Ran Away" From Him After Famous Clash