The Fascinating Impact The Six Nations Has On Other Rugby Coaches

After two rounds of the Six Nations, one trend is becoming clear, the importance of a good defence.

Whether it be England's devasting line-speed or their ability to penetrate opposition's systems, Eddie Jones and John Mitchell seem to have struck the right note in their defensive shape and it is reaping dividends.

For a bonus episode of Balls.ie's rugby podcast, World in Union, we caught up with former Munster assistant coach and current Wasps defensive coach Ian Costello for a superb and insightful discussion on the latest trends within this aspect of the game. 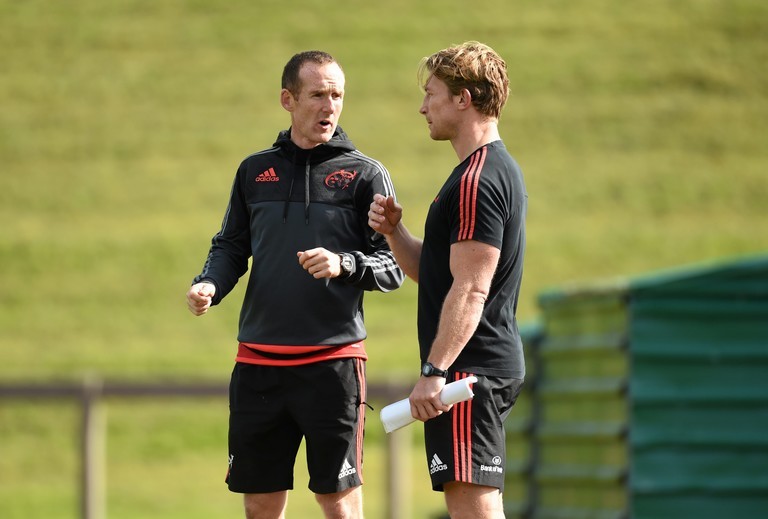 Costello has worked with Ul Bohemians, Munster, Nottingham and Wasps as well as travelling to observe training in Australia, South Africa and New Zealand and has a superb understanding of the game's intricacies.

"There has been a little bit of a shift," explained Costello.

"Intercepts are one that have been a source of possession for a lot of tries. I think England set the tone against Ireland, a pretty remarkable defensive performance to be fair. Look at the line-speed that they had, the ferocity of the collisions, how many times they had two in the tackle.

"I don't think I've seen such a highly motivated team like that for a long time. They really express that through their defence. That has been the main feature of the first two weeks."

This is a challenging time for Premiership clubs and their coaches. Wasps have four games during the tournament so Costello is still on the clock while taking in the Six Nations games. Yet this can prove beneficial, as the Irishman revealed.

What England do in the Six Nations can apply to what English clubs do on the field and thus, Costello watches games as a coach more than a fan.

The majority of rugby you watch from that sense. Where we are lucky is we have an analysis team that literally you drop a text message to and say 'look, will you cut this passage of play or will you download that game for me or can you take out all the tackles from that game.'

It gives you an opportunity to watch them back in the cold light of day. I think ever since I was a kid, you get excited on Six Nations weekend. You want to watch them for what they are but essentially throughout the week we have those on our laptop.

Even today to be honest with you, I used a couple of clips from the England vs Ireland game and they form a basis of our mindset for the game we play this weekend. It is just so current and so relevant.

Costello recently spent a day observing England training and was taken by the responsibility several key players assumed during the session.

"Take someone like England, I was fortunate enough to spend a day observing training this season and I think it is definitely personal driven. You have the likes of Owen Farrell, Itoje, those guys who pretty much it has been part of their DNA for years now at Saracens.

"Collectively, what was really evident was the coaches would have a very clear philosophy and strategy. The quality of player, the temperament and characteristics of those players, it was very clear they were driving the standards during that session." 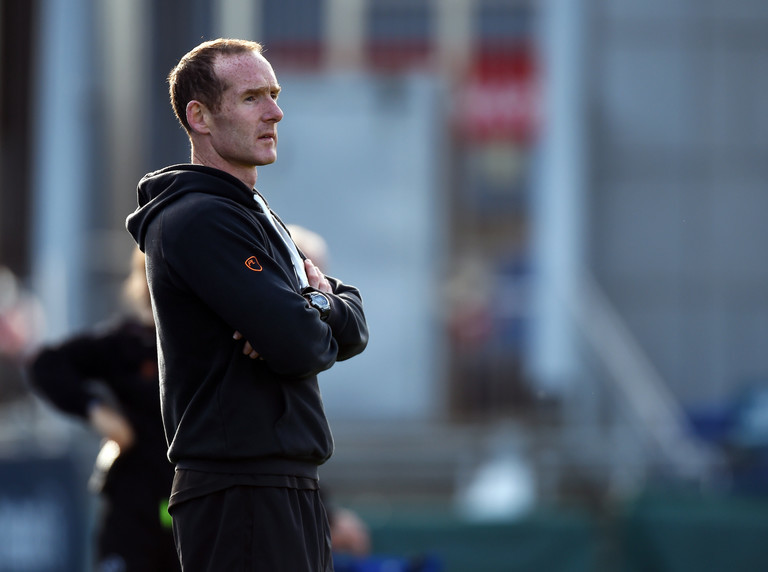 As a coach himself, Costello is keenly aware of what it takes to produce that level of high-performance: "From experience, I find you have to be pretty much obsessed about line-speed. You have to be talking about it, thinking about it, training for it. Your conditioning has to reflect how you want to defend."

You can listen to the full interview, which includes an insight into 'dominant tackles', the development of a coach's philosophy and the changes in kicking gameplans, on all good podcast platforms or here.