It has been two years since Ian Keatley left Munster, but the province's supporters still have fond memories of his time with the team. The out-half was a fantastic servant to Munster, spending eight years there after moving from Connacht in 2011.

He also made his Ireland breakthrough during this period, winning seven caps and being part of the squad that won the 2015 Six Nations.

Keatley moved from Munster to London Irish in January of 2019, leaving as the province's second highest point scorer of all-time. Since then, he has helped London Irish regain promotion to the Premiership before moving to Italy with Bentton Treviso.

However, the 33-year old found himself down the pecking order with Treviso in recent times. He would be released from his contract this month, but has quickly found another club.

Ian Keatley has signed for Glasgow Warriors on a short-term contract for the rest of 2020/21 season, with the club confirming the deal this afternoon.

✍️ | Ireland international @iankeatley has joined Glasgow Warriors on a deal until the end of the 2020/21 season, adding a wealth of top-flight experience to Danny Wilson's squad.#WhateverItTakes ⚔️🛡️https://t.co/jmS54Zdmj7

It’s a strange time to be joining the team with everything that’s going on with COVID, however I’m really happy to be joining a club and a city with a proud rugby history.

I’m looking forward to being able to start on a fresh slate with Glasgow and I’m excited to begin working with Danny and his coaching team.

This club is a top-quality outfit and I’m relishing the chance to be able to play alongside some of its top-quality talent.

If he performs well, Keatley could yet secure a longer deal, with Glasgow fly-half Adam Hastings set to join Gloucester this summer. 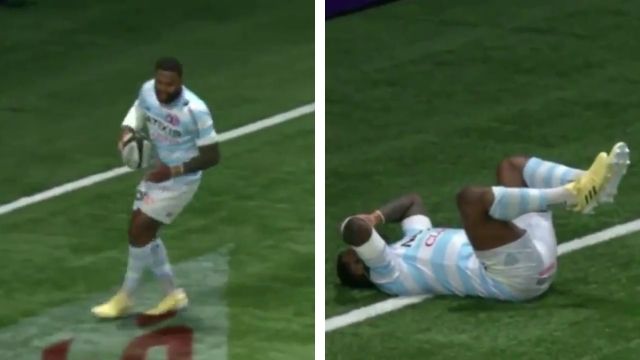 Rugby
2 months ago
By Conor McKenna
Pro14 Rugby Announce Launch Of Rainbow Cup For Spring 2021
Rugby
6 months ago
By Paul Moore
WATCH: Devin Toner Stands Protectively Over An Injured Andrew Conway As Play Continues
Rugby
6 months ago
By Jonathon Lynam
When Is Leinster v Munster? All The Info On Rugby's Restart, Including: Where To Watch Leinster v Munster
Popular on Balls
Football
33 minutes ago
By Gary Connaughton
Jurgen Klopp Believes Liverpool Stars Will Stay Regardless Of Champions League Football
Football
1 hour ago
By Emmet Bradshaw
United Celebration & City Humiliation: 1995/96 Was A Mad Season In The History Of The Manchester Clubs
Athletics
1 hour ago
By Emmet Bradshaw
Drama After The Finish Line In Men's 1500m Final At European Indoors
Football
4 hours ago
By Jonathan Byrne
Unsung Irish Heroes In The Premier League: A Starting Eleven