End Of An Era As Ian Keatley Set To Leave Munster

After eight seasons at Munster, out-half Ian Keatley is set to leave the province at the end of the season, sigining for Benetton Rugby in Italy.

According to a report by Donn O'Sullivan in the Limerick Leader, the 31 year old has made a deal with the Italian side and will join at the end of the season.

Keatley's eight years in Munster were ultimately a mixed bag with the former Connacht man replacing Ronan O'Gara as starter after his retirement in 2013.  Since then, he has faced competition for the 10 shirt from JJ Hanrahan and Tyler Bleyendaal, but often won out and went on to make 180 appearances for the province. However, with the arrival of Joey Carbery this season, he has fallen down the pecking order, not starting a game since the start of the season. 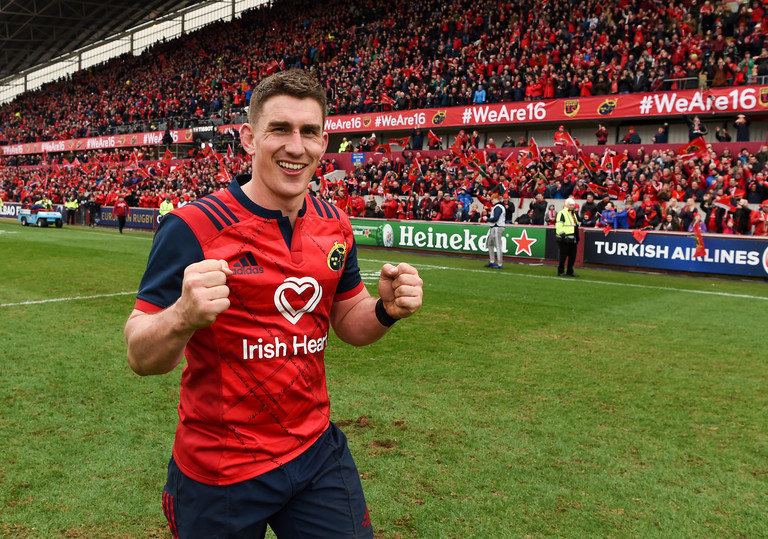 Keatley also has seven caps for Ireland, starting a Six Nations game against Italy in 2015. After being part of the Ireland squad for the 2017 November Internationals, Keatley hasn't featured from Joe Schmidt since and looks to be well down the pecking order internationally.

The move to Italy is an interesting one. Benetton are in great form at the moment, sitting in third place in Conference B of the Pro 14, having won 7 games this season. Keatley will face extremely tough competition for places with Italian internationals Tomasso Allen and fellow Irish man Ian McKinley already in situ at the club.

SEE ALSO: 'I Am Fortunate In A Way That Two Years In, I Am Still Here'