Ian Madigan Explains Why He Is Frustrated At Bordeaux 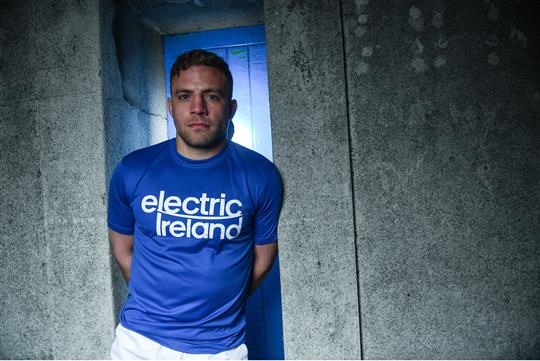 Paddy Jackson might have an interesting interpretation of that over-quoted Wildean line that it's better to be talked about than not talked about at all. Despite starting and at times starring in this year's Six Nations for Ireland, Jackson is arguably one of the least talked about out-halves in Irish rugby at the moment. Ignored, at least, in comparison to a couple of others. 2017 has featured the usual obsession with the lack of information surrounding Johnny Sexton's fitness, with the added novelty of the position of Ian Madigan.

Despite Ireland being stretched at out-half for rounds one and two, Madigan was not selected whatsoever. Instead, in Rome, Ian Keatley became Ireland's chief wing incongruity since Peter O'Mahony. As the Irish rugby news cycle died down somewhat for last weekend's break, reports emerged from France that Madigan was unhappy at Bordeaux, and had spoken to the club president about potentially calling time his two-year contract prematurely.

Madigan was in Dublin this week to promote Electric Ireland's sponsorship of the Irish Under-20s home games in the Six Nations, and was spoke to Balls.ie about those reports. While delighted with the historic result in Soldier Field, he admitted that it was tough that the first international he wasn't involved with for more than two seasons was the one in which the All Blacks were finally beaten.

He confirmed that he keeps in touch with the squad and, most pertinently, with Joe Schmidt, who keeps him in the loop on how he can improve his game, and what he wants from Madigan work-wise. Madigan also confirmed he hopes to be involved in the summer tour to the U.S. and Japan, meaning he is not fully out in the cold.

That said, there are clear frustrations at Bordeaux. Having started six of the first seven games of the season, Madigan hasn't started a Top 14 game since October 30th. A groin injury hasn't helped, partly caused through the change in emphasis on training. He says kicking practice at Leinster would rarely exceed an hour and ten minutes. In France, it can often run to two hours. Having played through the pain barrier for a while, Madigan's performances suffered in tune with his body. This provides the on-field preamble to his meeting with the Bordeaux president, Laurent Marti. Madigan offers the details of that meeting:

Madigan offers the details of that meeting:

Two weeks ago, I had a meeting with the president. I made clear at the beginning of the meeting that I wanted to make things work, and that I wanted to stay with Bordeaux, but that there was certain things I wasn't happy about with the club. On the back of that, he was clear with me that he knew there were issues that I was dealing with. He obviously saw that I wasn't selected for the Top 14 games, and he decided that he would take some time to think about the second year of my contract. It was very much a private conversation, I do believe that things will still work out for me in Bordeaux, and it certainly wasn't a case of me going in there and handing in my resignation. It certainly wasn't that.

As things stand, I'm on a two-year contract, and I want things to work out.

It's a really good team, I'm enjoying my time over there. I've faced some challenges over the last few months that I want to work through. The easy thing for me would be to sit back and cruise through things, but I felt that there had been a loss of confidence from the coaches in me personally, and I felt that I had to act upon it.

There are further frustrations, however, beyond his own performance. Madigan stated his disappointment at not progressing into the last eight of the Champions Cup. A terrific start saw the garnering of nine points from the first three games, only for momentum in Europe to grind to a halt in round four against Exeter. In that game, Madigan points out that Bordeaux rotated their team, didn't earn a point, and ended finishing on 13 points, two behind a Toulon team that have a European quarter-final to look forward to.

An added disappointment, says Madigan, is the club's treatment of Australian international Adam Ashley-Cooper. Ashley-Cooper joined Bordeaux on a two-year deal after the 2015 World Cup, but hasn't had his contract extended beyond the end of this season:

One of the big reasons I joined the club is that Adam-Ashley Cooper is there, and I talked to him at length before I joined. He's been great at advising me and he has been great for improving my game while I've been there. It's been very disappointing to hear that he [his contract] hasn't been extended by the club, which makes me question where their ambition is on that front.

You like to think they will bring in someone who has real experience, and who can input their intellectual ability. That's what you want, and you need that in the Top 14. If you look at the teams that have gone well, if you look at Pau, who have won their last six games, if you look at the intellectual guys working there, the likes of Colin Slade, Conrad Smith. They are a side that has grown as it has gone on.

It was one I didn't really understand. He is vital for our back play: he is always inputting ideas on strategy, and he is our top try-scorer, so anytime I've played with him, he makes you feel very good about yourself. He is the type of guy you want to play alongside, and that would be felt throughout the club: both the international players and the French players, they really enjoyed playing alongside him. He's a vital part of the club, so when it was learnt that he wasn't being kept on, it was a blow to everyone. He'll be a very good signing for someone.

While Madigan keenly points out that he wishes to fulfil his Bordeaux contract, his desire at a return to Ireland is clear:

A move back to Ireland would certainly excite me, there's no doubt in my mind about that. Playing for Ireland is still the ultimate for me, nothing has changed on that. The reason I made the move was to improve as a rugby player; the reason I had that conversation with our president is because I didn't feel that I had the confidence of the coach, so I was in there to get to the bottom of it and try and improve that situation.

So if I felt that was going to be a long-term thing, did he really want me to keep me at the club? Or would he give me another opportunity to join another club to play rugby, because ultimately that's what I want to be doing. If it did happen that they decided to release me, and an opportunity to go back to Ireland came up, it would definitely be something that would excite me. But these conversations haven't been held because I am under contract at the moment, and it has been strictly speculation over the last few days.

A follow-up question on a more precise destination yielded the following:

A return to Leinster would no doubt be top of my list. Leaving all my friends here, having played for Leinster, it's a pretty special place. But I'd be open to playing for any of the provinces.

Madigan appreciates the importance of being earnest.

Ian Madigan was speaking at the confirmation of Electric Ireland's continued support of the Under 20s 2017 Rugby Six Nations Home Games in Donnybrook.

Rugby
2 years ago
By Arthur James O'Dea
In Pictures: Munster Fans Have Absolutely Taken Over Bordeaux
5

Rugby
2 years ago
By Arthur James O'Dea
In Pictures: Munster Fans Have Absolutely Taken Over Bordeaux
Rugby
3 years ago
By Gavan Casey
Ian Madigan Reportedly Offered MASSIVE Salary As He Nears Northampton Move
Rugby
3 years ago
By Gavin Cooney
Identity Of Ian Madigan's Next Club Is Becoming Clearer
Popular on Balls
The Rewind
18 hours ago
By Paul Moore
Liverpool Fans Absolutely Loved Channel 4's Documentary on Jurgen Klopp
Football
16 hours ago
By Jonathon Lynam
'He’s Like A Centre Midfielder With The Ball At His Feet'