The Twitter Reaction To Announcement Of Ian Madigan's Leinster Departure 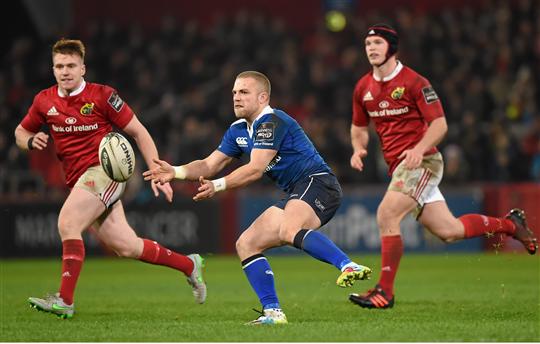 On Monday afternoon, Leinster confirmed that Ian Madigan will be departing the province at the end of the season.

The outhalf is taking his talents to the Top 14 and Boradeaux.

It ends months of speculation about where Madigan's future lay. With Johnny Sexton ahead of him in the pecking order at Leinster, it seemed unlikely that he would get the quantity of games which he desires and deserves at 10.

Madigan was briefly linked with a move to Munster and also Aviva Premiership side Bristol, but what will undoubtedly be a lucrative move to France has lured the 26-year-old.

It was inevitable @Ian_madigan would leave. Deserves to start as a 10 somewhere so good luck to him. Really hope it works out.

Tough to leave your home club but @Ian_madigan will be a better player and person because of this move #thanksmads https://t.co/uu9MKLc1b5

Madigan moving to Bordeaux. A move accompanied by a sense of what might have been. Always a personal fave player of mine, I wish him well.

As he moves to Bordeaux, can’t help but think of those lost games of Madigan at ten. AKA the Gopperth era.

Ian Madigan to join Bordeaux. A blow to Bristol who wanted him. Quins were also in the running for a while and then pulled out.

And before you all ask, yes, I will be dropping Ian Madigan to the airport. Jesus, i practically raised him. #BigThanks #Legend

Mads leaving is a big boost to both PJ and Cathal Marsh.

Madigan really never was an option for Munster. They need a more traditional controlling & kicking ten than a 'maverick'.

Read: Seven Outhalf Options For Munster And Leinster To Target Now That Madigan Is Gone

Read: The Ireland Team That Will Start The Six Nations Vs The One That Should

Rugby
4 months ago
By PJ Browne
'He Texted Me During The Six Nations, Giving Me Some Great Words Of Enthusiasm'
13