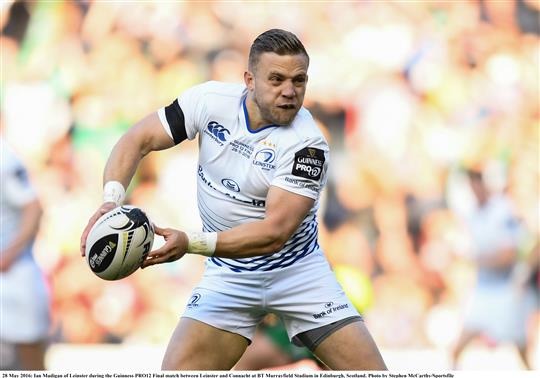 Ian Madigan began his sojourn in France this evening as he made his debut at fly-half against Top 14 champions Racing 92 and the start couldn't have gone much better for the Irish international:

Madigan kicked five penalties to Dan Carter's three to give his new side the win and start his French adventure in the best possible way. Young Irish scrum-half James Hart partnered Carter in the Racing half-backs but it's Madigan that's taking the acclaim:

Great job @Ian_madigan, congrats on the debut. Looked very comfortable out there.

Let's hope he continues this form and gives us another name to drop into the Ireland fly-half conversation before November.

Rugby
1 day ago
By PJ Browne
Quiz: Can You Identify These 10 Connacht Overseas Players?
24