Monday saw the IRFU firmly stamp out any hope of seeing former Leinster fly half Ian McKinley return to Irish provincial action for the foreseeable future, releasing a statement outlining why his goggles are not permitted.

In a Q&A style document on their website, the IRFU outline that before opting out of the trial they consulted leading ophthalmic surgeons regarding the safety of the eyewear.

To establish if the IRFU should allow players to use eyewear/goggles the Medical Committee of the IRFU sought independent medical advice from one of Ireland's leading ophthalmic surgeons. Based on this advice it was decided that Ireland would not participate in the trial, as to do so would potentially jeopardise the health and safety of those playing our game. Therefore, the wearing of eyewear on the field of play continues to be prohibited.

The IRFU appear to be unwavering on their stance. However, critics of that point to the likes of the USA, Italy and Scotland where the trial has been implemented but no instances of players being injured or any way jeopardised by the eye wear have been recorded. Nevertheless, the statement would appear to end any thoughts of McKinley returning to Irish shores before late 2016 at the earliest. 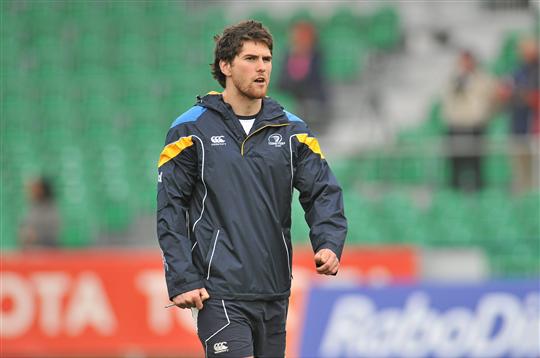 The Mary's club man, currently playing his rugby with Viadana in Italy where the goggles are permitted, has been advocating the use of these goggles in the Irish game ever since his miraculous comeback from retirement.

At 21, McKinley was forced to retire after receiving a stud to the eye during training which resulted in him losing sight in one eye. Four years down the line, he's back playing high level rugby which is a miracle in itself but this latest statement is certainly a blow to his chances of a return to the game in Ireland.