Today was another day where Irish rugby fans held their head in their hands. Both Connacht and Ulster announced some horrible injury news, with two Irish eligible second rows - Quinn Roux and Iain Henderson out amongst worrying news for the likes of Bundee Aki, John Muldoon, Kieran Marmion, and Darren Cave.

That news brings the total number of currently injured players to a whopping 44. And it's not some sort of World Cup hangover, with 34 of those 44 injuries coming from after the World Cup, and the majority of those 34 players were not in Joe Schmidt's squad.

Indeed - Connacht have been the province hit hardest. 22 players are currently out of action for Pat Lam's side - whose amazing run has been complimented by great performances from their academy players who have been able to fill in. Connacht have seemed to constantly have at least ten players unavailable at a time, and something needs to be done.

World Cup stars have been spared from the injury plight - but there's no doubt that the sheer numbers of fallen players is a legacy of the World Cup. Playing the World Cup all the way into October has meant that the rest of the season has had to be condensed. The provinces have had to play 16 games in 16 weeks from the end of the World Cup until the Six Nations without a break. That's four months of rugby with no break - in this overly physical game that we have today - the calendar craps all over the notion that the game has player welfare as a priority.

Teams are playing too many games, in too many competitions. It may seem strange, but the Super Rugby model where teams don't play all of the other teams twice could be the way forward. The rugby calendar doesn't have enough weekends to allow home and away games for leagues of ten teams or more. 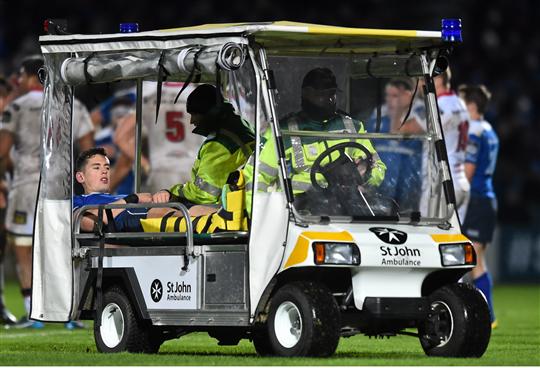 Currently the provinces are being forced to play 22 games in the league, plus two more for playoffs. Factor in the six weekends of European group games, plus three weekends for the knockout stages brings you to 33 weekends of the year, for pure provincial rugby. If we assume that international games take up 11 weekends (five for the Six Nations, three for summer tours, and three for November) then the total comes to 44 weekends. Given that most summer breaks should be at least eight weeks long, that leaves exactly zero weeks off during the season. Spare a thought for the French Top 14 who have five extra weeks compared to the provinces.

With figures like that, is it any wonder why these 44 players are injured? A global rugby calendar can't come soon enough.

See Also: Why A Global Rugby Calendar Would Be A Massive Boost To Irish Rugby