The Irish lineout has always been reliant on several different cogs clicking in order to fire the machine. That is the way the set-piece is coached here and a key difference between rugby in this country and rugby elsewhere.

Speaking at the Balls.ie World Cup preview event in association with Windsor MotorMall Renault, Leinster and Australian lock Scott Fardy explained just how much of a culture shock he found when transitioning to Ireland.

I grew up in a totally different system. In Ireland, there are a lot of movements. In Australia, we back ourselves on drill and it is a completely different situation so coming here was a big learning experience for me.

That was something I wanted to learn coming to Ireland. Coming to the Northern hemisphere really, how you do lineouts. Kiwi teams in Super Rugby would not compete nearly as hard.

That is why Joe Schmidt's side must be creative in the set-piece. If it is predictable it can be picked off. Ireland's second lineout on Sunday was a testament to the intricacies of it all; a six-man variation with the seventh man standing in instead of the scrum-half and featuring two dummy lifts and both second rows switching position.

From that maul, Best breaks to the blindside and Murray can race forward and take the overlap. 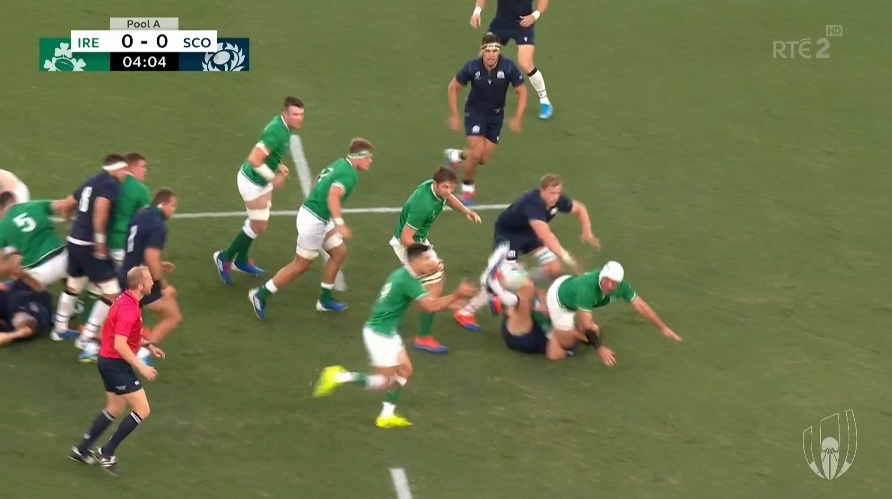 As Fardy explains, this effort is necessary: "Teams defensively work you out pretty quick. It has been a learning curve for me and something I struggle with here. Even in training, the boys knock it off pretty quick. At 35, I am still learning."

It was a 100% set-piece in Yokohama. 12/12 lineouts against Scotland only tells part of the story and it certainly was not perfect. There was one over-throw and one malfunction which forced a prop, Andrew Porter, to step in and catch the ball.

In a tournament where England look set to start with only two jumping options, the fact that four starters jumped for Ireland is promising. There remains a clear reliance on the open head to lift, with Cian Healy doing so in five of seven lineouts while he was on the field.

In Devin Toner's absence, the onus on Iain Henderson to call expertly is obvious but what is most encouraging is the contribution from figures around him. Something Scott Fardy cited as necessary prior to the match.

"In reviewing that England (warm-up) game they would have seen places they could have gone to," he outlined. "Combinations take time to work. Henderson mainly called upon himself."

James Ryan stood up to anticipate and organise the Ireland interception of Scotland's lineout in the final five minutes. Peter O'Mahony caught the first two balls, Tadhg Beirne jumped when he came on. 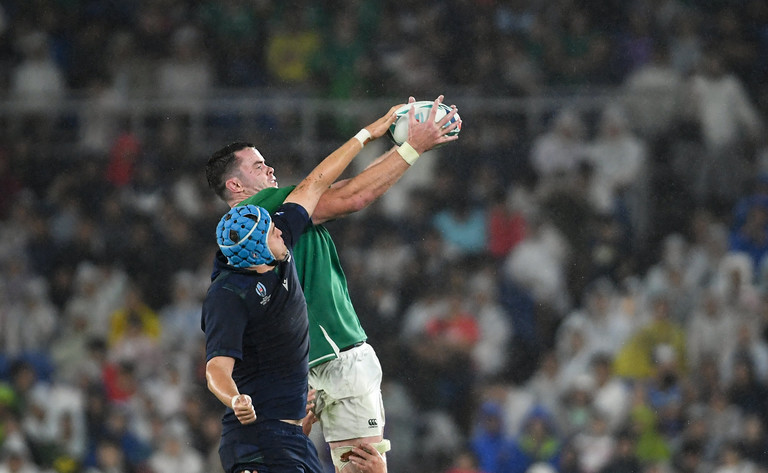 Ryan is one of two players who completed three different roles; He jumped, he lifted from the front and he lifted the back on Sunday. A strong showing but standard practise for a second row. Interestingly, the other player to do all three is CJ Stander.

Stander's shift is especially encouraging. The Munster man had a monstrous 10 tackles without missing one and 16 carries, but his work in the set-piece was equally as impressive. It was a comprehensive contribution. Consider his full-length jump in the second half and commanding of the resulting maul. 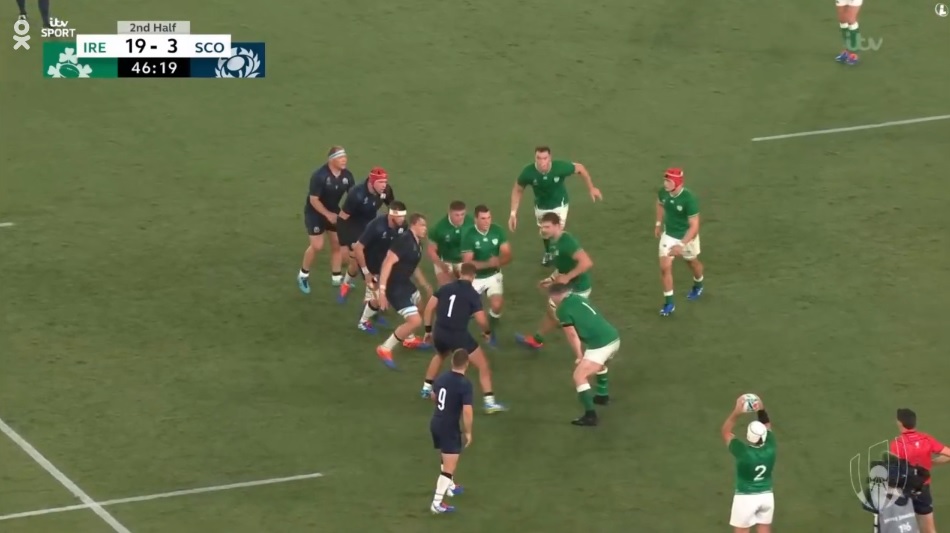 It is a great set with both lifters fully extended. 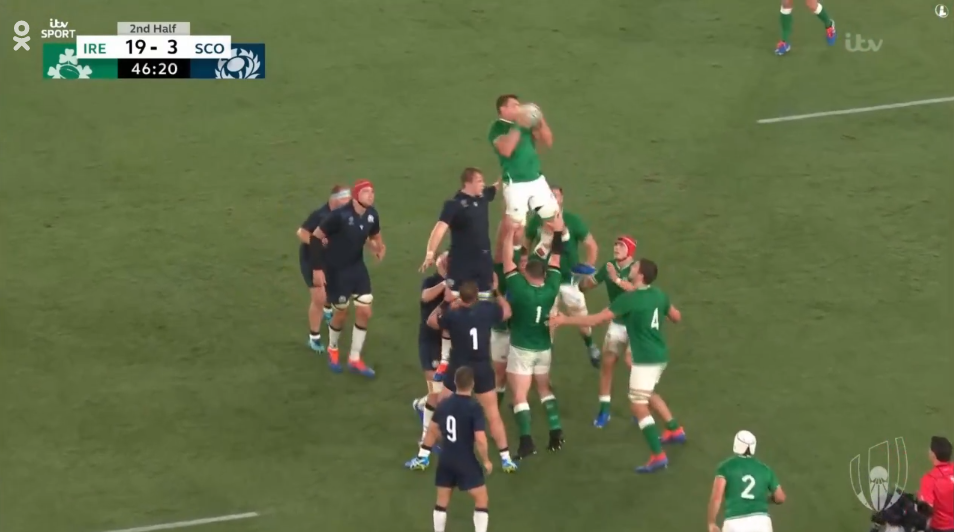 Stander then steers the maul as he should. 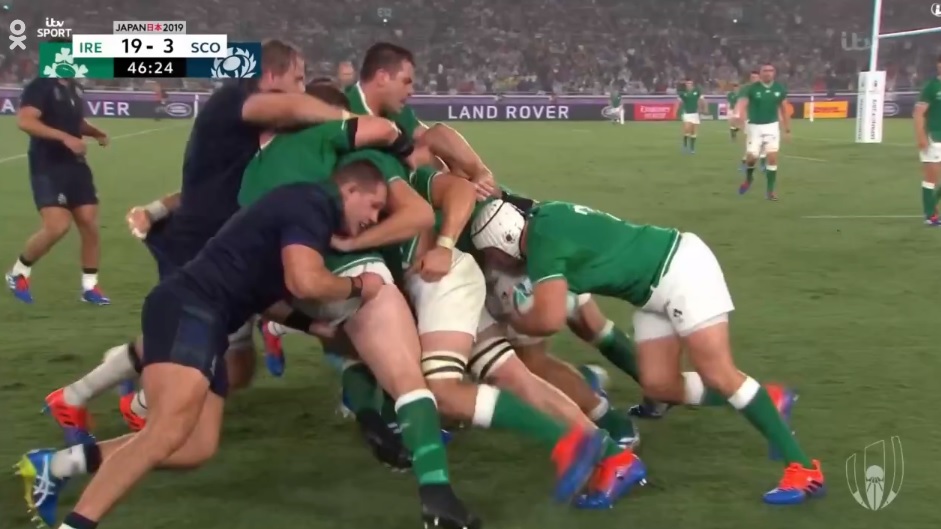 As well as his lifting and jumping, his lineout defence was superb. With ten minutes left, Tadhg Beirne was shown a yellow card and Scotland had an attacking lineout in a promising position. 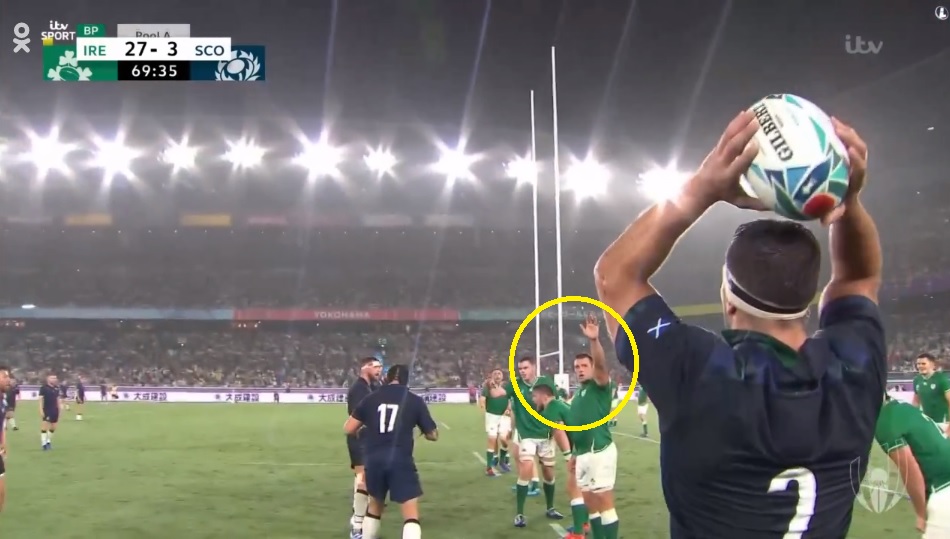 Scotland use a maul option and Stander hits the pillar. However, he crucially keeps his eyes on the ball. 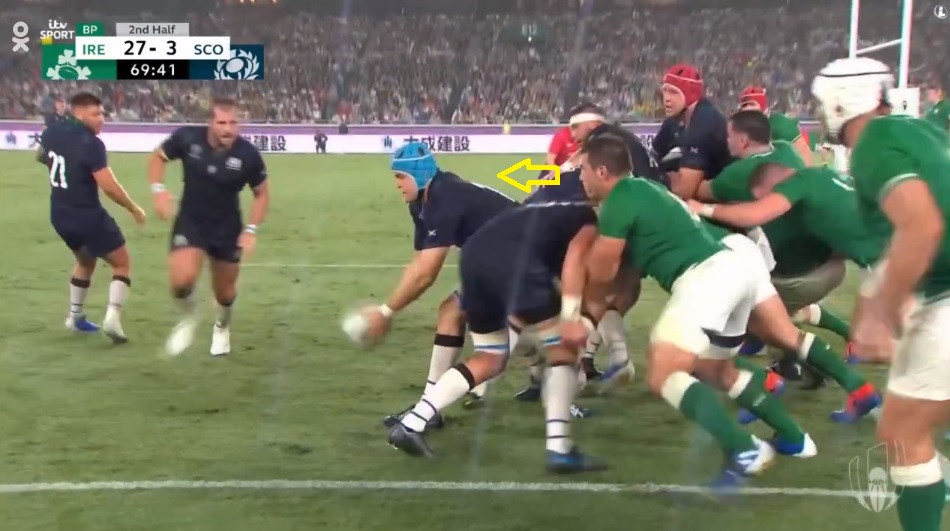 He is then able to bounce off and with the help of Rory Best, hits the man on the wraparound. 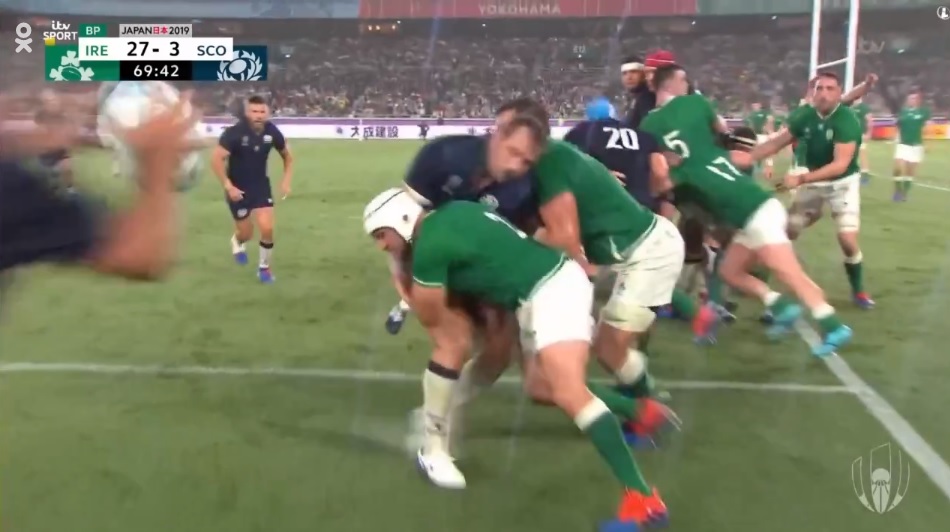 Before that hit, the ball is moved wide to McNally. Once more, Stander stays active and assists Stockdale with a hit before the line. Stander keeps his hands on the ball to stop the Scottish hooker reaching out for the try line. 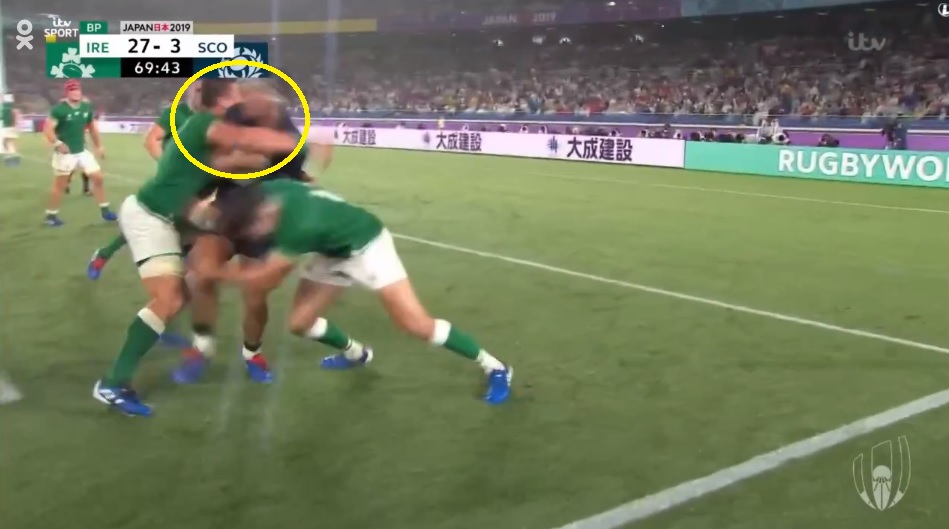 From the next phase, Scotland knock-on and Ireland clear their lines.

While there has been much focus on the thrower or caller in recent months, ultimately it takes every member of the village and Simon Easterby got that on Sunday.

The beauty of a well-drilled lineout is that it is it can be a platform for attack or the whole weapon. After 14 minutes, Ireland won a penalty in Scottish territory. The sequence of events was interesting. Iain Henderson consulted members of his pack while Ireland decided what to do. Cian Healy turned to consider their field position and then they choose their call. 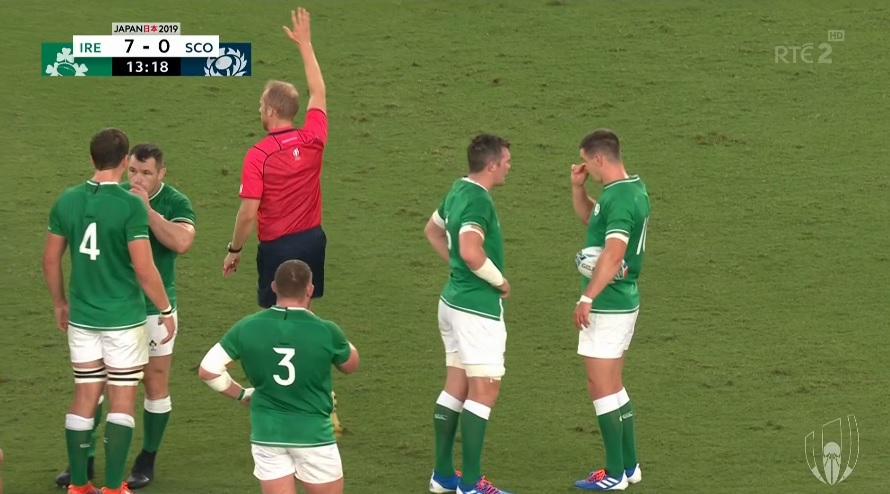 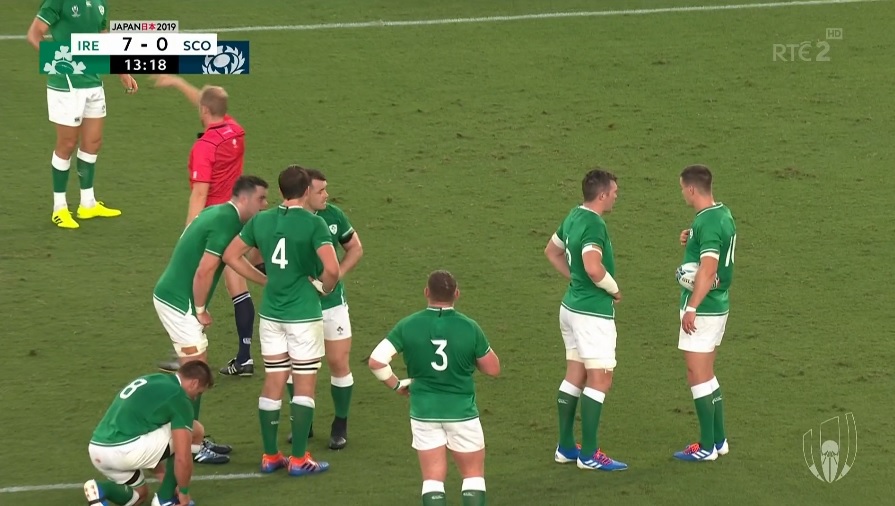 The move was a blindside maul using Scotland's driving power against them. Every cog of the Irish machine played their part.

Simply brilliant start from Ireland as they score off an attacking maul.

It started with Henderson jumping and Ireland stacking the blindside. 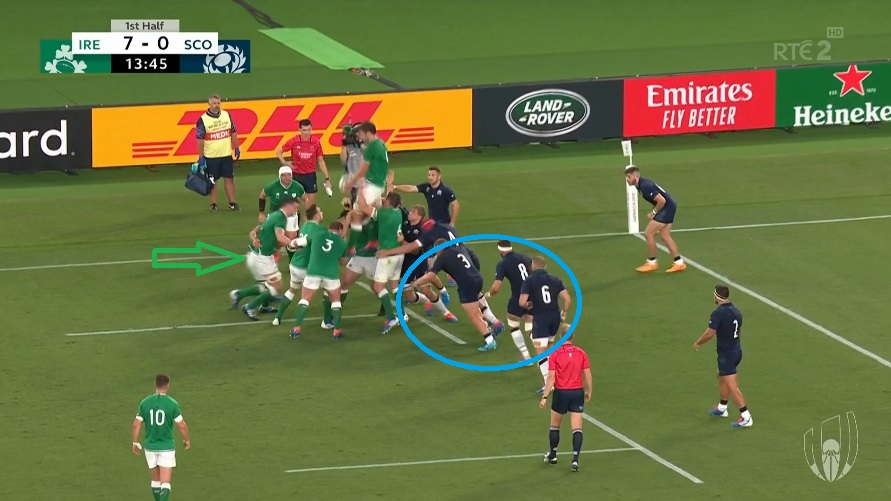 Scotland have their numbers wrong from the off and try push Ireland out. In reality, they end up propelling the maul towards the try line. 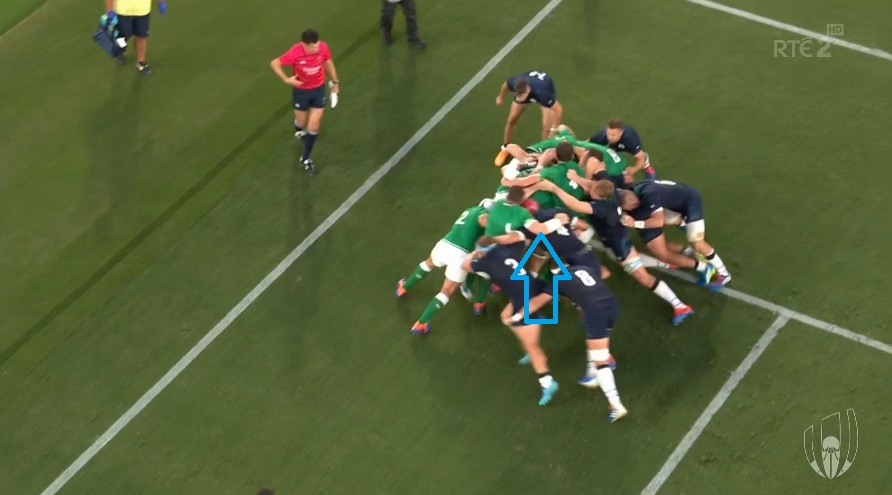 Scotland infringe and probably would have conceded a penalty try. But upfront, Ireland keep it moving towards the line, with CJ Stander leading the way. 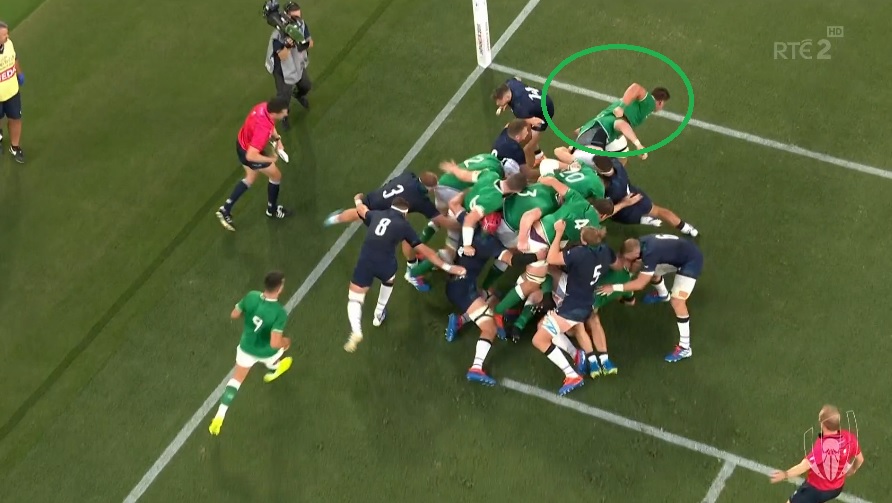 A lineout is more than just second rows and a hooker. It takes a united pack to make it tick and every one of them played their part on Sunday.

SEE ALSO: The Demoralised Scottish Media Reaction To Being Demolished By Ireland