Work done, more to do. A bonus-point win in Fukuoka puts Ireland top of Pool A before the final game, which still remains under threat. One way or another, the next 24 hours will prove significant. This is the calm before the storm.

Tries from Rory Best, Tadhg Furlong, a Johnny Sexton double, Jordan Larmour, CJ Stander and Andrew Conway made it certain. Unlike their last showing, this was the performance as well as the result that Ireland would have wanted. The tight five finally fired. The maul was magnificent. Sexton was superb. The bench was brilliant albeit against a broken adversary.

It didn't take huge sophistication but right now it shouldn't. The simple done well, an important step to steady the ship. It finished 47-5. Set sail for Tokyo.

Fantastic break and pass inside for Sexton's try. Stood to the right and flung it back left to set Sexton free. Got his own just after the break after a sensational pass by Conor Murray. Named man of the match.

For all the eye-catching extras, Earls is a master of the crucial basics. Superb kick-chase to claim a box-kick early on. Great dummy lines to fix defenders. A full 80 minutes under his belt. 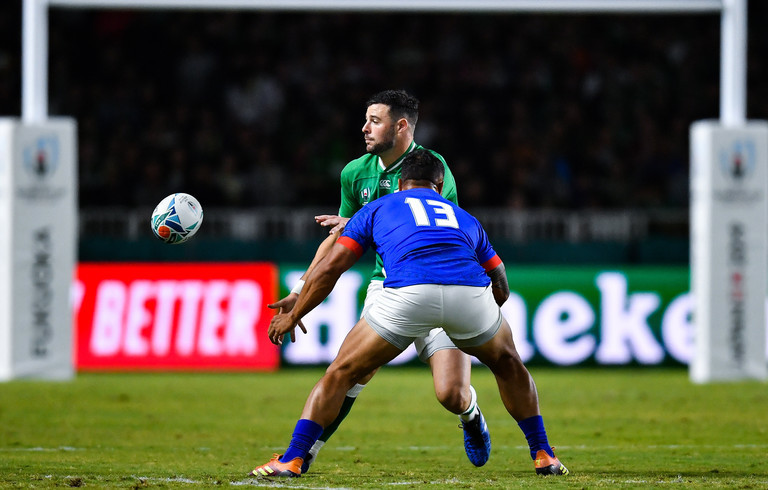 Some ring rust early on with a handling error. Followed it up by conceding a penalty which led to Samoa's first try. Went from bad to worse with yet another handling error prior to Bundee Aki's red card. Needed the chance to blow away some cobwebs. 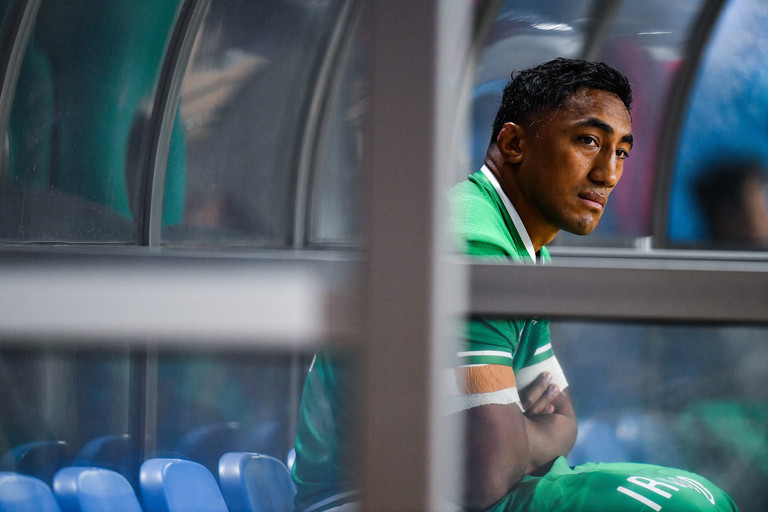 The red card is a major downside to today's game but Aki can have few complaints. The framework is clear and the hit was high. Unlucky but Nic Berry was clear.

Took a big shot early on which resulted in a yellow card for Samoa. Lovely lively any chance he got. If there is a criticism of any aspect of Ireland's game today, their reluctance to go wide at times might be it. 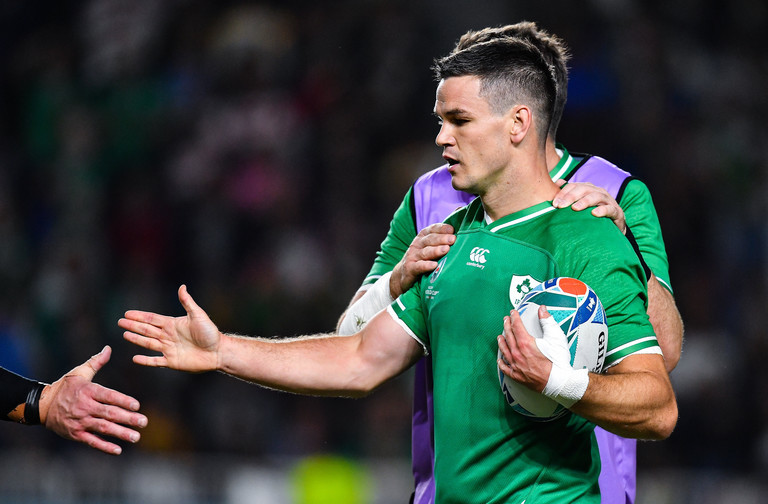 Brought assurance and coherence to a team that needed it. Nailed his first two conversions before adding all seven for Ireland's third. Repeated the trick to secure the bonus point right before half time. Four from five with kicks at goal. Taken off a tad too early to earn man of the match. The key cog in this unit. When he's fit, they always have a chance.

The game started with some kick tennis and Murray was on the money with both his box-kicks and touch finders. The speed of ruck ball has been a major criticism and it was really encouraging to see Murray demand quick ball throughout and fire off passes early. Phenomenal flat pass with penalty advantage to free Jordan Larmour.

Penalised for wheeling the scrum for the second time this tournament but otherwise, industrious throughout. There was a great moment early in the second half when Samoa looked to exit from their own '22 and Best went to work at the breakdown to frustrate Polataivaia and create carnage. The type of underappreciated counter rucking Joe Schmidt appreciates.

It only took three and a half minutes for the perfect start. Best found his man and finished the move. Quiet outside of that, left the field after fifty minutes with three tackles and two missed. 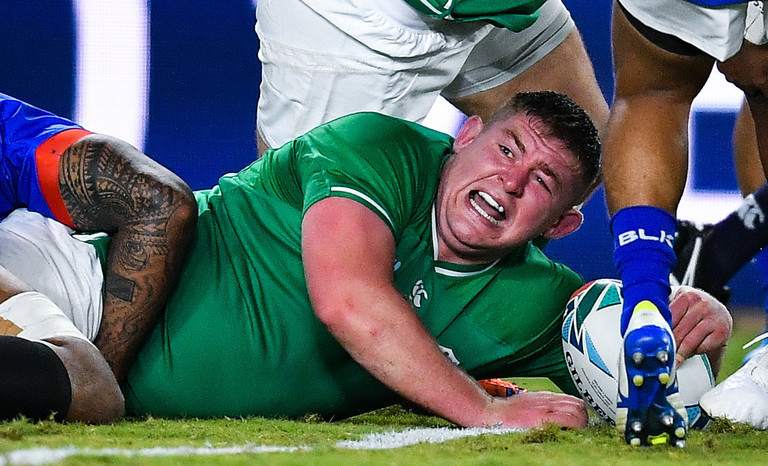 When Ireland look good, they look great. Furlong's first try is precisely why. A big, powerful ball carrier literally running over the opposition and breaking the gain line. For the very same reason, when they look bad they look awful with players stopped up and gaining no momentum. Three tries in his last five tests.

Not quite as impactful as his counterparts in the carry. Today he didn't need to be but he will soon. Incredibly, eight carries for no metres. Lineout's accuracy was encouraging. 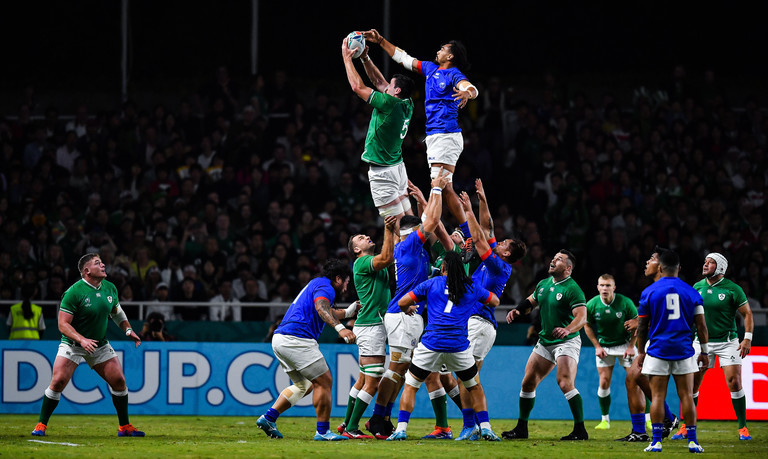 Ryan has received numerous platitudes for his work in the loose but his strength in the set-piece is equally as impressive. In Peter O'Mahony's absence, the Leinster lock was Ireland's go-to lineout option and even stole ball on Samoa's throw.

For all the injuries to the back row, Ireland still have strong options. Rhys Ruddock put his hand up last week and Beirne followed suit today. 15 carries and most were in the tight quarters.

One of the most consistent players in Irish rugby. Their leading tackler, as per usual.

Selfish carrier which is a crucial role in this system. 22 carries for 29 metres, two defenders beaten and one offload. Takes so much punishment for the cause. Deserved his try for sheer work-rate alone. 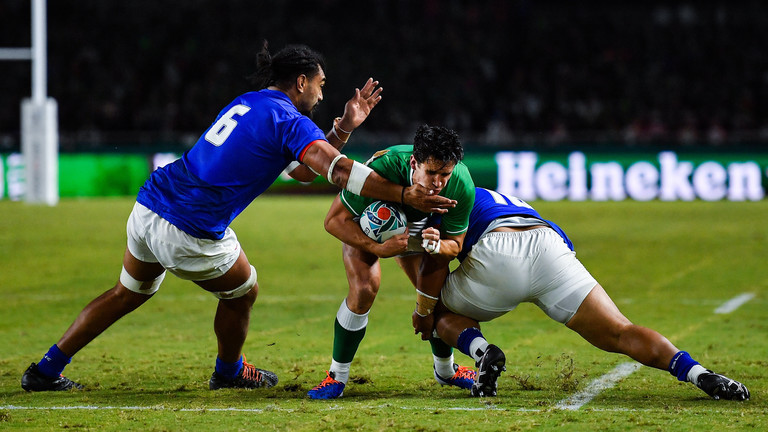 The first three changes saw Rory Best, Johnny Sexton and Conor Murray come off unsurprisingly. Niall Scannell kept the accuracy in the lineout, Luke McGrath kept up the pace at the breakdown and Joey Carbery kept it all ticking over. Jean Kleyn and Dave Kilcoyne came on before the hour mark. By the time Andrew Porter arrived, Samoa were spent and the scrum smashed through them.

Lovely grubber from Carbery to link up with Andrew Conway and add some gloss. Peter O'Mahony closed it out as captain.

Ultimately, today was a bridge not the destination. This team's test is coming next weekend. Time to really shine.