Player Ratings As Awful Ireland Fail To Deliver In Wales

Woeful. A description not often reserved for a Joe Schmidt side or this Irish team. Today was not their day. Warren Gatland's Wales stormed to a Grand Slam victory in calamitous conditions, Ireland offered little by way of opposition.

A level of inaccuracy and inconsistency that beggared belief. From minute one on, Wales played on their terms as the dominant team. By half-time, they led by 16. They won the second half too, it finished 25-7. 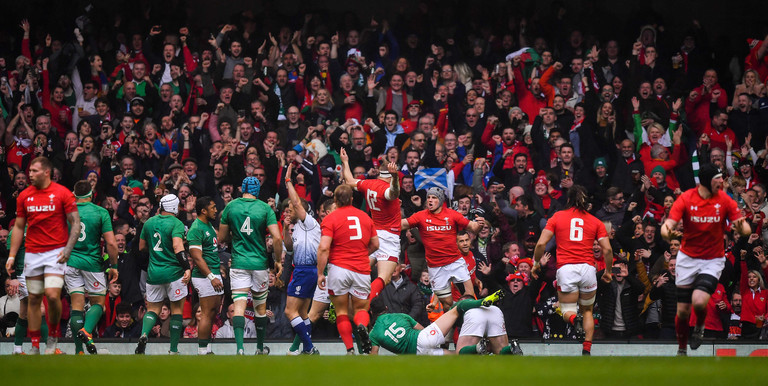 Wales will get due praise for their Championship achievement but in so many ways Ireland were the architects of their own downfall. Leisurely, listless, lifeless.

For all we celebrated in November, it's time to criticise now. Not good enough. 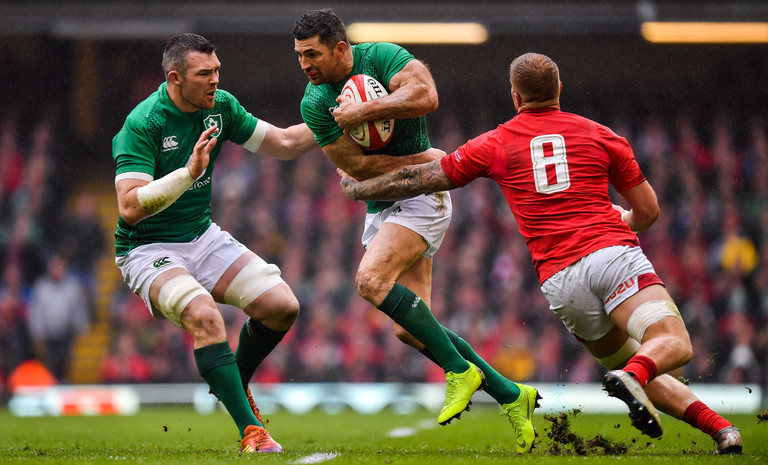 The lack of communication for the opening try is concerning. No understanding of who was supposed to cover the backfield and Wales simply exposed it. Flat-footed when receiving kicks, often consumed by Welsh intense pressure.

Strong kick-chase as Ireland tried to expose Gareth Anscombe under the high ball. Otherwise ineffective, with next to no platform to attack at any point in the game.

One of very few players who can take any credit from this showing. Stand-out in the fact he missed no tackles and conceded no penalties.

Every outside back was severely hampered by the half-back performance. 9 and 10 are a team's play-makers, when they fail to fire it inhibits everything outside of that. Nevertheless, Aki stepped up with the third most tackles of any Irish player, without missing one. Also carried well initially.

Decent take early on but knocked on, ball was like a bar of soap all day. Lost an aerial battle with Biggar twice. Really should have given the ball at the end, with an outside man free and a try guaranteed. 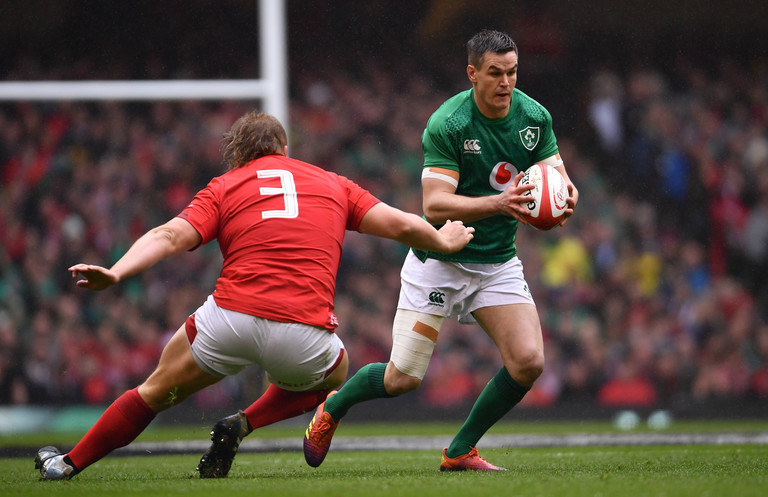 Good crossfield kick for Stockdale but the Ulster wing just knocked on. Terrible clearance kick at the start of the second half which instantly invited pressure. Followed it up by an awful re-start which went out on the full. Just before the hour mark fired a pass out over the line with Ireland in a great position.

One of his worst appearances in an Ireland jersey. Timing and kicking were on a different stratosphere to his usual standard. Replaced by Kieran Marmion with ten minutes left. 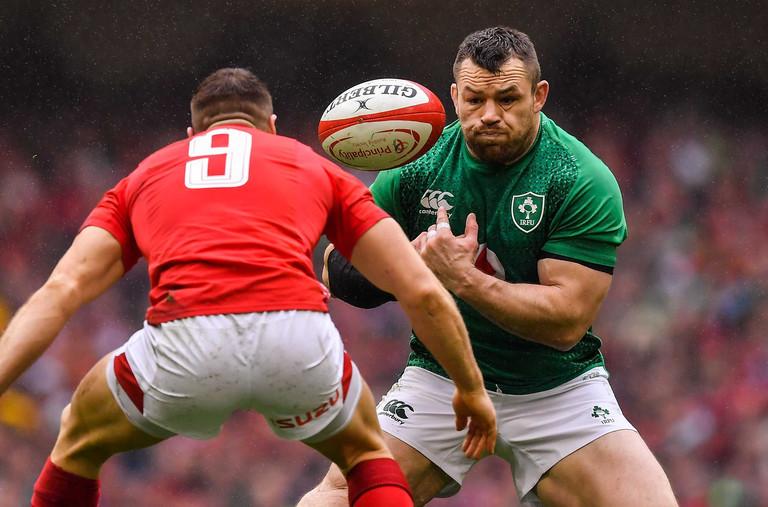 Monster first scrum had Tomas Francis in a world of trouble. Then conceded a silly penalty for side entry when counter mauling. Another penalty just before half-time when he lost his bind. ANOTHER PENALTY just after half-time, right in front of the posts for a tackle off the ball. Just too costly at this level.

Line-out was abysmal, lacked any zip or accuracy. His final Six Nations showing is not one that will stand out in an extraordinary career.

Penalised at the scrum for losing his footing, conditions can't have helped. No impact offensively. Most missed tackles of anyone.

Massive, massive steal at the Welsh breakdown when Ireland were on the rack. Real work-rate at the breakdown. Really difficult situation to make his Six Nations debut.

Brilliant line-out counter against a master like Alun Wyn Jones, but then encroached the gap off a line-out later. It all descended from there.

Immense presence in the line-out when the ball, on both sides of the ball. Big steal at the breakdown but Murray's box-kick went wayward. Never let up, despite a seemingly lost scenerio.

No first-half impact. This has not been a vintage performance from the Leinster man, who was picked on reputation rather than form. 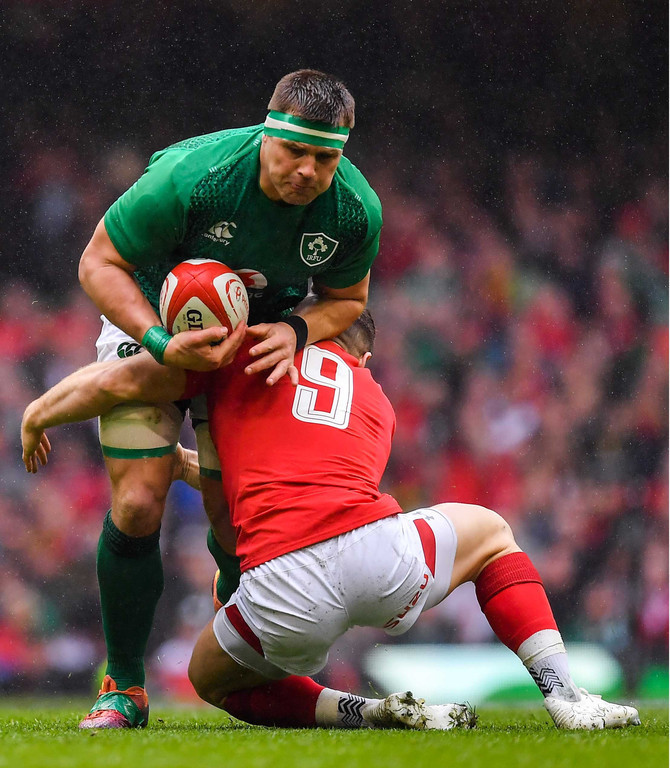 Dreadful first half. No impact in the first half carrying, criminal error when presented with a free-kick in Welsh territory. Conceded a penalty after 50 minutes after making no effort to roll away. Gave away another shortly after. Off 12 carries, only made six yards in total.

Jack Conan came on for Sean O'Brien shortly after half-time and arguably too late. Dave Kilcoyne and Quinn Roux were introduced shortly before the hour mark. Coming on in a game like this is a thankless job, like sending in painters after the house has been demolished. Kieran Marmion did introduce some much-needed tempo, Andrew Porter carried strongly. Jack Carty and Jordan Larmour had some decent touches. Niall Scannell replaced Rory Best. In the case of almost every change, it could have come sooner.

Disorientation; an altered mental state. A person who's disoriented may not know their location and identity.

Ireland were disoriented from the start, failing to account for the conditions and or utilise their own skill-set. Disappointing and deficient in equal measure, there can be hiding from the fact this was as bad as it gets.