And so they set sail for Yokohama. Tides look steadier and the team stronger. Joe Schmidt bid farewell with a 19-10 win over Wales.

The game did what these games do, provide incremental indicators rather than anything hugely insightful. They provide useful appetizers for the main meal which is to come. Nevertheless, there was intrigue aplenty. It was the coach and captain Schmidt's and Rory Best final showing in Ireland. There was also a spot at the top of the world rankings on the line. 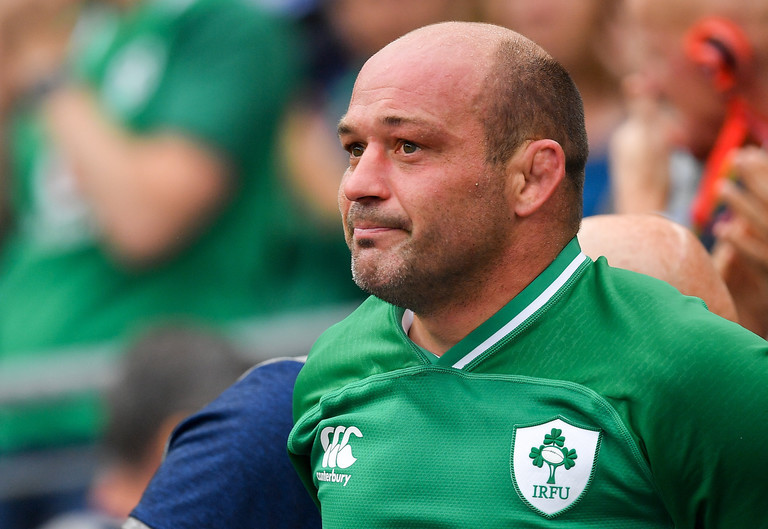 Footnotes in the World Cup book rather than anything meaningful but noteworthy all the same. The home side started brightly and struck first through Rob Kearney. Warren Gatland's outfit responded with a Hadleigh Parkes try and Leigh Halfpenny penalty. A ground and pound Tadhg Furlong try allowed Ireland retake the lead and James Ryan quickly added another.

It was sturdy and standard throughout. The real time to shine now looms large. 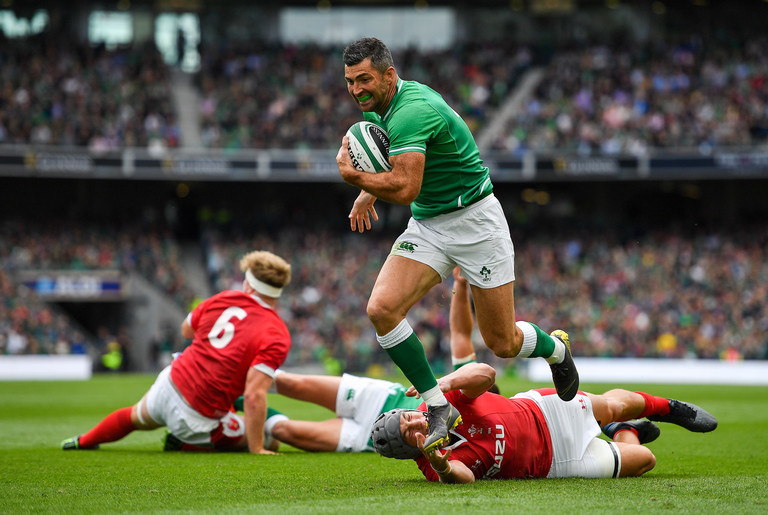 Superb cover to defend a Welsh kick in behind which looked dangerous. Made every tackle necessary when called upon. Safe as houses, as per.

Unlucky to concede a penalty for a mistimed tackle in the air but it was the correct call all the same. It allowed Halfpenny to get Wales off the mark. Didn't let him phase him and pushed hard to compete in the air.

Welcome back. A massive early defensive contribution followed by an excellent offload. Took the ball off the shoulder at pace to receive a Bundee Aki offload early on. Sensational scramble for a try-saving tackle.

Rekindled his partnership with Henshaw that worked so well at Connacht to link up expertly from the off. A huge impact on both sides of the ball. Beating defenders, throwing offloads, making line breaks. Looks well set to demonstrate his best form later this month.

Chased kicks diligently but worryingly departed injured yet again due to a knee issue. Replaced by Garry Ringrose before the hour mark. "I think Cian is fine," said Schmidt post-match. "I'm not sure about Keith." 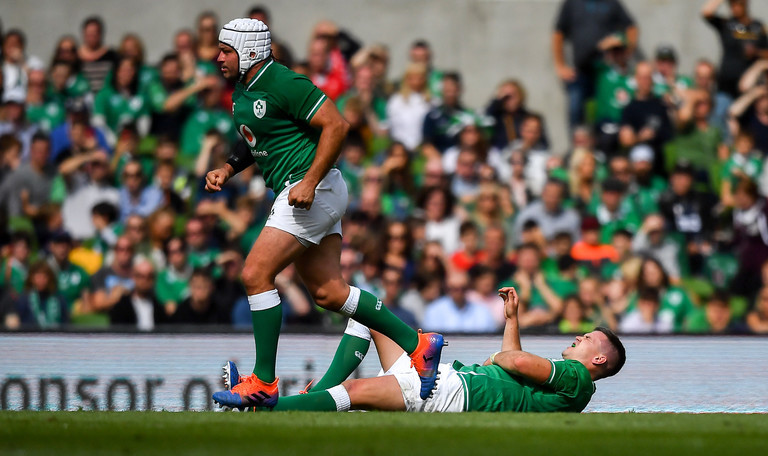 Typically targeted and typically dealt it with admirably. Missed one conversion but overall solid and encouraging to see him back fit again. "I think he played really, really well today," declared an impressed Donal Lenihan on RTE. Replaced by Jack Carty.

Gradually, Ireland have began taken games more seriously and Murray epitomises that. Stood into the front of the lineout to show increased creativity, slipped off the back of scrums to receive offloads from the number 8, started box kicking again and even had a snipe at the line himself.

The scrum continues to be a powerful weapon under Greg Feek's stewardship. Offered himself as a carrier without really imposing himself in it. Replaced by David Kilcoyne at half-time due to a HIA.

The lingering lineout concerns will remain due to the way the set-piece started today. Left with seven tackles, none missed and a big breakdown effort. Clearly emotional on his final Aviva Stadium appearance. A brilliant servant in green.

There is no stopping the Leinster man when given an opportunity like he got in the second half. Trademark quick ball and grind. The scrum was 100% while he was on the field. 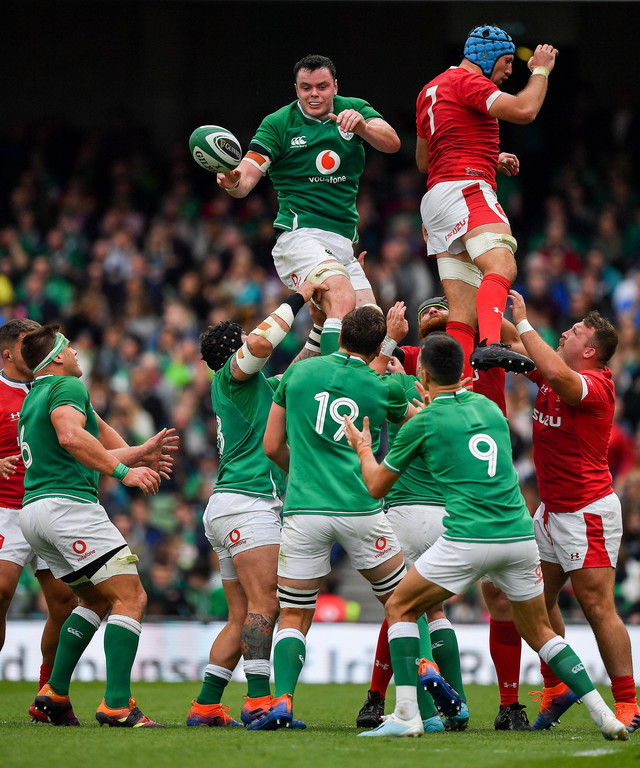 Set the tempo early on with the first of several successful Irish choke tackles. Easily the most assured lineout option. The 23-year-old will carry huge expectation in this Ireland team. Circumstances have ditacted he is has been thrust into a leadership role. Looks the measure of it.

Jumped at the first lineout but it was not successful. Endured a difficult few minutes when he was turned over and then conceded a penalty in his lineout defence shortly after. Racked up the tackle count early on and didn't miss one. Replaced by Iain Henderson midway through the second half. Overall a good shift in the engine room without ever excelling.

Burst through Rhys Patchell in the buildup to Ireland's opening try. The Munster man looked much more comfortable at six. Jumped in the lineout and looked a decent option.

A sight to behold as the flanker showed his lesser-seen prowess offensively when he took a gap and threw a gorgeous offload in the first half.

Quiet. 13 carries for a total of 11 metres. The second-lowest tackles of any starting forward. Back to back unimpressive performances against Wales.

Harshly penalised at scrum time and no real impact outside of the set-piece. 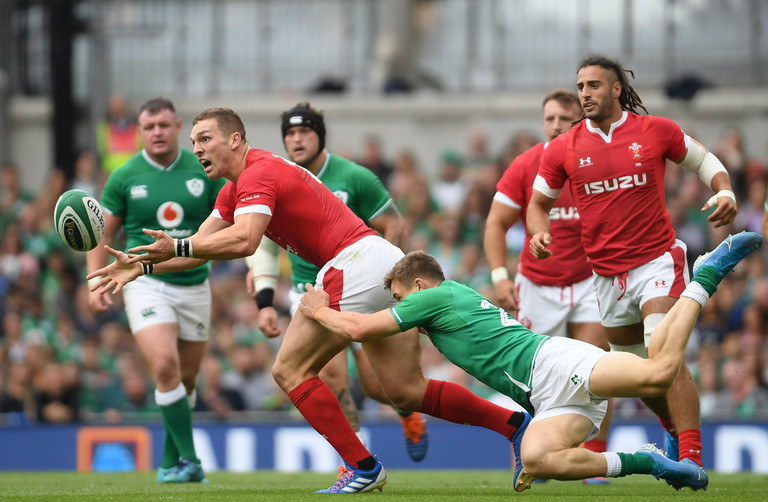 Surprisingly, looked really assured on the wing. Stood out defensively.

Typical explosive impact off the bench. A man in form. So close to getting his own try but just held up by Alun Wyn Jones.

Commanded the lineout expertly and steered the maul well.

Demonstrated a cool head when as Ireland went searching for their late try. Easy to see why he was included, nailed on to captain the side at some point in the pool.

Replaced Johnny Sexton in the second half. Great kick out of hand to set up a successful lineout maul. Bring added tempo every time he is called upon.

Donal Lenihan revealed on commentary one current player told him their preparation camp was the worst nine days of their life. Today they lifted it to bid farewell to two stalwarts. Irish rugby's most successful era continues but two lynchpins are now on the home straight. Positivity palpable. A superb send-off.

SEE ALSO: 'It Was Carnage' - The Day That Forged Ireland's World Cup Anxiety