An Irish XV Made Up Of Solely Project Players

The international season is upon us, with Ireland back in Carton House training ahead of November's internationals.

While the training camp in Kildare was relatively low-key, there was two notable names in attendance - Bundee Aki and Tyler Bleyendaal.

The duo are set to qualify to play for Ireland in the coming months through residency. Aki could play in green this November, with Bleyendaal making his bow in the Six Nations.

In honour of their forthcoming international debuts, here is an Ireland XV made up of past, present and maybe future internationals who can and have qualified through residency 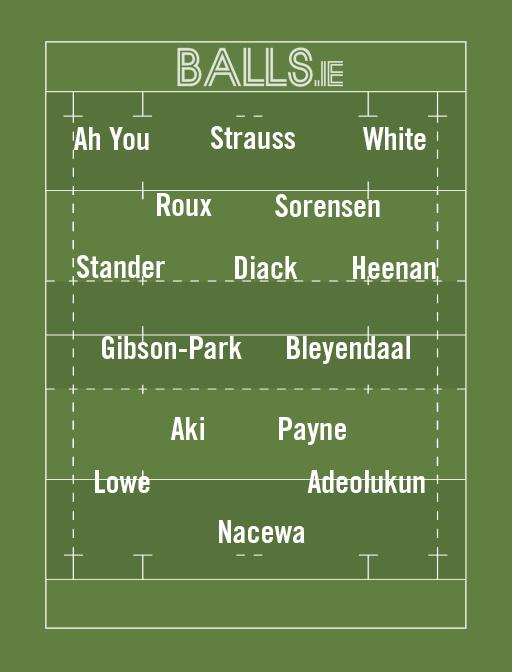 The greatest surname in Irish sports takes the first spot in our team.

Ah You earned three Ireland caps in 2014, when he was with Connacht. Now with Ulster, the prop is unlikely to add to that haul.

The modern trailblazer in Irish sport, the South African quickly found his way into the hearts of Irish fans with his rendition of Amhrán na bhFiann.

The Leinster hooker has played 17 times for Ireland, including three at the 2015 World Cup.

White's international career was cut short by injury, but his time in green was eventful.

The Connacht prop played in all five of Ireland's 2015 World Cup matches, before concussion cut his career short.

Roux has become a staple of Ireland's summer tours in the past two years.

A shock call-up to last year's tour of South Africa, the Connacht player added two more caps this summer against USA and Japan.

One of the tougher positions to fill in our 15, Irish cricketer Mxs Sorensen has been redeployed into the Irish second-row.

Born in South Africa, Sorensen moved to Ireland in 2007 and made his Ireland debut five years later. He will be able to use Afrikaans in the lineout calls with Roux. 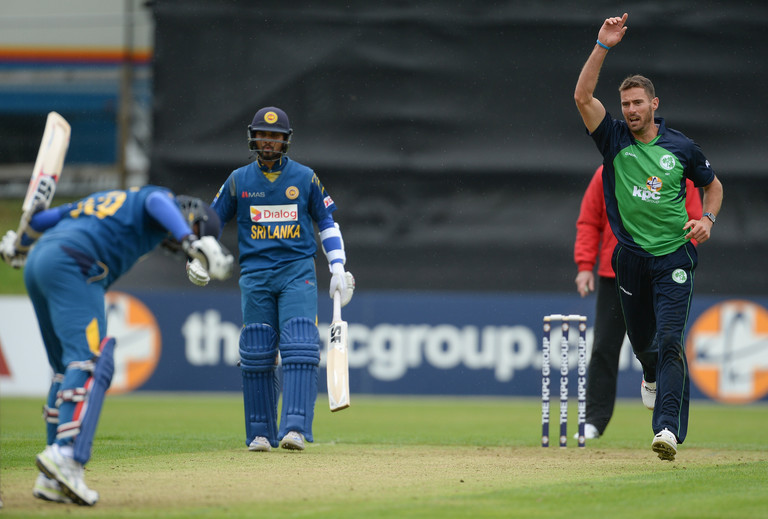 His form for Ireland, saw him earn a well-deserved call-up this summer to the Lions tour of New Zealand.

The only uncapped player in the pack, Heenan has been eligible to play for Ireland since last summer.

A former New Zealand underage international, he has yet to feature in any of Joe Schmidt's sides.

Diack's international career started and ended in 2014. His two senior caps came on the summer tour to Argentina, and in the following November against Georgia.

Despite not playing for Ireland since, he remains a crucial part of Ulster's squad and is entering his ninth season with the province.

The 25-year-old signed for Leinster last season, and impressed in his first campaign at the RDS. A former Maori All Black, Gibson-Park could play for Ireland in 2019.

Could we have a fly-half battle on our hands in the coming years?

From early 2018, Munster's number 10 could swap the All Blacks for Ireland. A former New Zealand Underage captain, he could be Ireland's fly-half in the not too distant future. 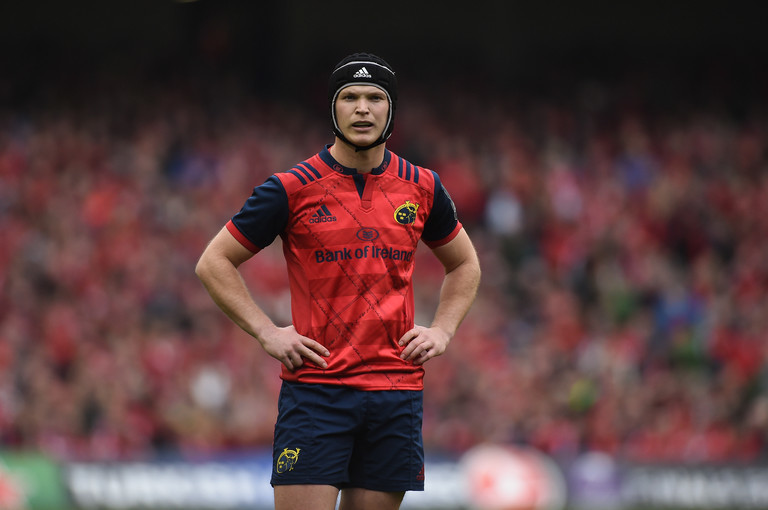 One of the more speculative names in our team, Lowe could be in green come 2020. The Maori All Blacks back joins Leinster this season.

One of the inspirations for this list, Aki has yet to play for Ireland, but that could change in the coming months.

Aki can also play for New Zealand (via berth) and Samoa (through parentage).

The New Zealand-born centre has been so impressive in green, he was picked to play for the Lions this summer. 20 caps for Ireland means he was one of the first names on the list.

The Connacht winger remains the only Nigerian-born Irish international after one cap last November against Canada. Born in Ibadan, he moved to Ireland as an 11-year-old with his family.

A substitute's appearance in a World Cup has never been so costly to a player's international ambitions. Nacewa's loss was Leinster and Ireland's gain.

Although he never played for Ireland, he is undoubtedly Leinster's best-ever foreign import. We had to include him on the list. 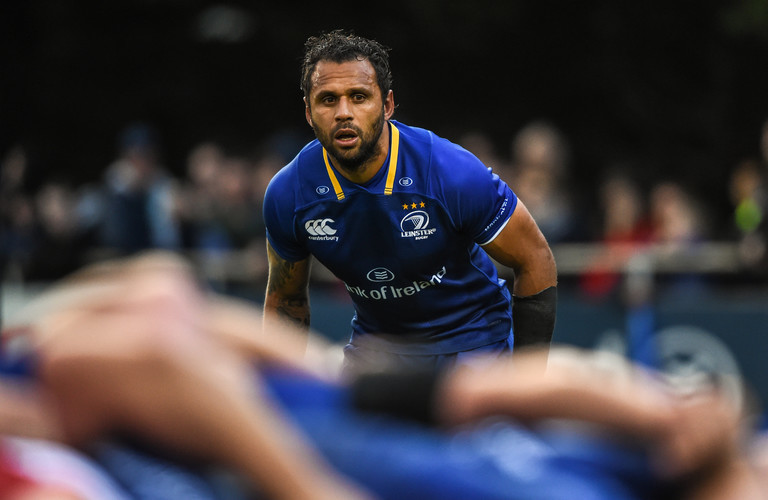 Have we missed out on anyone? Let us know at [email protected]

SEE ALSO: There Were Two New Faces At Irish Rugby Training This Week

Rugby
3 days ago
By PJ Browne
'It Was So Unhealthy, I Had Screenshots Of What This Person Said On My Phone'
6

Other Sports
4 days ago
By Mark Farrelly
Play Our Live Sports Quiz - Starting At 1.30pm
Previous Next

Rugby
3 days ago
By PJ Browne
'It Was So Unhealthy, I Had Screenshots Of What This Person Said On My Phone'
Rugby
3 days ago
By PJ Browne
How Connacht Players Are Training During The Covid-19 Emergency
Other Sports
4 days ago
By Mark Farrelly
Play Our Live Sports Quiz - Starting At 1.30pm
Popular on Balls
The Rewind
20 hours ago
By Balls Team
There's An Irish Airline Crew Heading To China Right Now Doing A Huge National Service
9