Opinion: Is It Time To Panic For Ireland After Yesterday's Shocker?

But is it time to panic? Absolutely not. That said, it's probably not a bad thing that expectations are checked. The fact remains that Ireland go into a World Cup with a highly favourable draw, and with their best squad ever, so here is why you shouldn't over-react to yesterday's horror-show

England Need To Fire Sooner Than Ireland Do 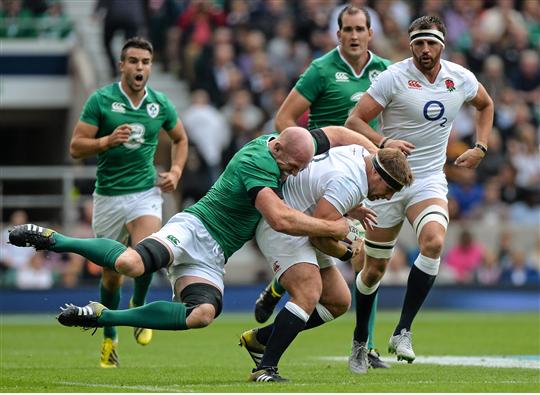 England's World Cup campaign kicks off a day earlier than Ireland's - on Friday week. Their first two games are against Fiji and Wales. Both of which are significantly better than Ireland's opponents of Canada and Romania. Fiji hammered Canada 47-18 in the final World Cup warm up, and the Pacific Islanders are fancied to do something in this tournament despite their horror draw.

England need to roll into that game with all guns firing, whereas as bad as Ireland were yesterday - they could replicate that performance to beat Canada. That would be extremely concerning if they were to. Ireland still have games to sharpen up - which is very thankful.

Joe Schmidt Will Have Something In Reserve

Schmidt is a calculating and imaginative head coach. He will have a folder full of 'power play's that the world of rugby either hasn't seen before - or hasn't seen in years. None of which he wanted to employ in meaningless warm up games, and we might not see them until the final two pool games.

So when Ireland don't play their smart intelligent plays to expose other teams, they aren't big enough, or fast enough or strong enough to beat other teams.

18 turnovers and 26 missed tackles from Ireland yesterday probably reveals more than any analysis could. Must do better. #ENGvIRE

After the Wales performance, Paul O'Connell revealed that the famed Joe Schmidt analysis tore some players to shreds. You'd fear for the 31 this Monday after England, but you can be sure that Schmidt will be drilling it into players over the next four weeks before the Italy game.

Ireland will be sharper to the breakdown, hungrier to the ball and need to play with a lot more desire.

Yesterday's performance was more 2011 when Ireland lost all four warm-ups than 2007 when Ireland struggled to victories over minnows. 2007 was a massive flop that had huge expectations. 2011 we went into the tournament off the back of four losses and expectations weren't high.

Hopes were steadily rising this time around, so perhaps it's not the worst thing that we can have a nice reality check. Ireland teams always too better when expectations aren't too high.

Ireland can still do well in this tournament, but there's a lot of work to do.