Note: These predictions are based on what Schmidt will do, not what I would do.

Things are getting close now, as tomorrow the players will be informed who has or hasn't been selected in the chosen 31. Amongst the forwards, it's a relatively straight forward decision once all the injury information is gathered, and the 17 players almost pick themselves.

Most of the dilemma for Schmidt rested in the backs - and just 14 will be on the short plane across the Irish sea. That 14 could be split up in any which way - there's talk of bringing just two scrumhalves, or just one inside centre - such that prediction the backs in Ireland's squad is a tall order. 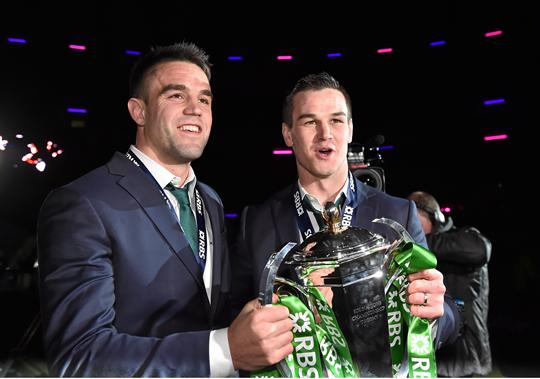 Let's assume that Conor Murray, Eoin Reddan, Johnny Sexton, Ian Madigan, Robbie Henshaw, Jared Payne, and Rob Kearney are nailed on. This would leave seven spots left between 12 players (we can assume that because neither Noel Reid or Craig Gilroy got a chance this August that neither are included).

Ian Madigan is probably assured of his place - either as a second outhalf or a second inside centre depending on the battle between Darren Cave, Paddy Jackson, and Gordon D'Arcy. Jackson's selection on the bench today is interesting, and if he comes on for anyone other than Sexton than that should add to his attractiveness as a squad member. On the flip side, D'Arcy's defense was exposed against Scotland, and almost requires a minor miracle to make it now. If we assume that Paddy Jackson gets a spot, that leaves six more places.

With no wingers selected at least two of these eight - Bowe, Trimble, Zebo, Earls, Fitzgerald, Dave Kearney, Jones and McFadden will not make it. Bowe is the name that would almost be confirmed were it not for slightly below standard form. Trimble is the least versatile of all of the options, but is rated highly by Schmidt. Dave Kearney , Fergus McFadden and Felix Jones may be the least sexy choices - but their style of play is highly regarded amongst the coaching staff. In fact, Kearney is apparently pulling up trees in camp and is impressing. Zebo, Earls and Fitzgerald offer X factor and versatility that is needed in a squad so small. 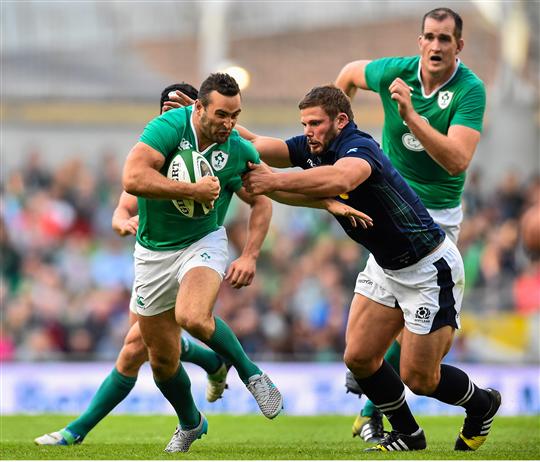 If we break it down further: it's hard to imagine an Irish squad without Tommy Bowe if he's fit - and therefore he will survive the cull. Schmidt will want as many different options as possible, which may hint towards taking at least one 'X factor' player, and at least one 'hard worker'. Of those - Keith Earls and Simon Zebo are ahead of Fitzgerald right now; and Dave Kearney is angling ahead of McFadden and Trimble - whose lack of gametime in the last eight months is concerning Schmidt.

The debate about whether Schmidt will risk just two specialist scrumhalves has been raging this week - with the thought being that Ian Madigan can serve as an emergency nine should an injury occur freeing up an outside back spot. Schmidt's tenure as an international coach has been largely risk-averse, so while he'll have entertained the idea, it's likely that one of Isaac Boss or Kieran Marmion will travel. Isaac Boss is still ahead of the young Connacht star despite the Leinsterman's poor performance against Scotland.

The last spot in the squad will go to a centre cover player - as only Jared Payne, Robbie Henshaw and Keith Earls would be included so far. Would Schmidt prefer a specialist cover in Darren Cave (ahead of D'Arcy), or will he go with the versatility offered with Luke Fitzgerald. That will be the most intriguing thing to look forward against Wales, and given Luke Fitzgerald's form for Leinster in the centre at the turn of 2015 - I think he'll do enough to earn Schmidt's trust.

See Also: The Ireland Squad If Joe Schmidt Could Only Pick One Player From Each County?