The Ireland Team We Want To See Start Against Japan

It was a bright start in Yokahama as Ireland cruised past a frail Scottish challenge and put themselves in a strong position in Pool A.

Joe Schmidt's side emerged with a bonus point victory and only mild injury concerns around Bundee Aki, Johnny Sexton and Peter O'Mahony. On this week's World in Union podcast, the lads selected the Irish team that should start versus Japan on Saturday.

Given the injury concerns around that key trio and the fact they had good opportunities for minutes against Russia and Samoa, it makes sense for Ireland to play it safe and use their squad depth against the hosts.

At the same time, there remains a job to do and mass rotation would be inadvisable. Players like Keith Earls and Joey Carbery could use some game time, there are others who could use a rest. A happy marriage would see five changes to the team that started last Sunday.

The Ireland team we want to see start versus Japan 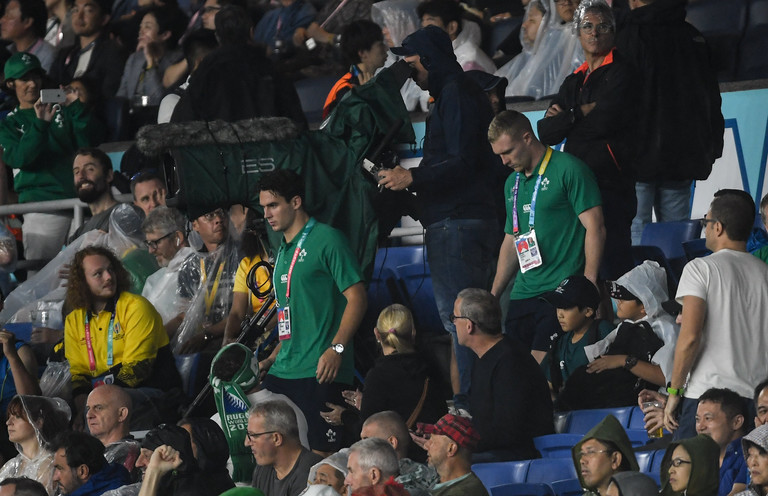 Rob Kearney and Robbie Henshaw are both recovering from injuries suffered in Japan and should not be rushed back. Chris Farrell filled in for Bundee Aki expertly last week while the nation has eagerly anticipated Joey Carbery's return and he took part in the warm-up last time out.

Rory Best logged 80 minutes and should be managed given a six-day turnaround. Peter O'Mahony's departure due to injury opens the door for Rhys Ruddock who is fresh and hasn't played yet.

To hear us discuss the selection in full, as well as an interview with former Connacht prop and current Sunwolves player Conan O'Donnell, search 'Balls.ie' on all good podcast platforms or click here.