Sexton And Henshaw Return As Ireland Team Named For Scotland

Andy Farrell has made just six changes from the Ireland team that struggled against Georgia last weekend for his team's final Autumn Nations Cup game with Scotland at the Aviva Stadium on Saturday.

Ireland and Scotland will meet in the 3rd/4th place game of the competition, having finished behind England and France in their respective pools.

The team sees the return of captain Johnny Sexton to the team after the Leinster out-half tweaked his hamstring when kicking for goal in the first game of the competition against Wales. Robbie Henshaw also returns to the centre where he will line out at number 12.

There are recalls also for Cian Healy, Caelin Doris, Peter O'Mahony, and Bundee Aki who didn't start against Georgia, though Healy and O'Mahony made appearances from the bench.

Farrell has gone with the same back three he picked for the Georgia, while Healy is the only change in the front five. The backrow of Stander, Doris and O'Mahony were soundly beaten by their English counterparts two weeks ago but get the nod again this week.

On the bench, Ulster prop Eric O'Sullivan is in line to make his Ireland debut, while Josh van der Flier and Jamison Gibson-Park return the matchday 23.

Ireland have come under significant criticism for their performances over the last two weeks. At Twickenham, an 18-7 scoreline didn't reflect the extent in which Ireland were outplayed by England, while the watching public was left confounded by the team only scoring three second half points and two tries in total during a 23-10 win over Georgia.

The Scottish game will mark the last game of Andy Farrell's first year in charge of Ireland. So far, he has managed home wins over the Scots, Wales (twice), Italy, and Georgia, but have been beaten on the road in Paris and twice in Twickenham.

The match kicks off at the Aviva at 2.15pm this Saturday. 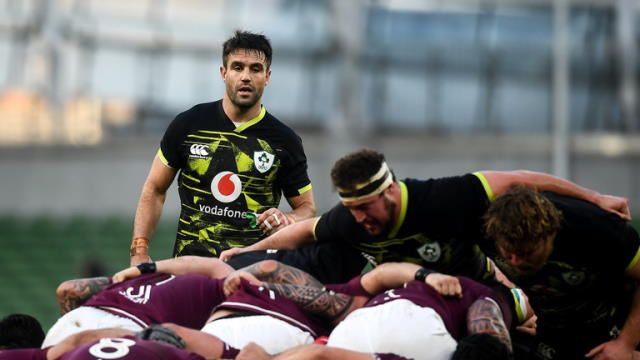