The Ireland Team We Want To See Start Against New Zealand

It is Tokyo and time to turn up for Ireland as the World Cup quarter-final hurdle looms. Saturday sees Joe Schmidt's side take on New Zealand in what is a monumental game for Irish rugby.

Bundee Aki's suspension and Sean Cronin's injury mean there are only two absentees which is a much more promising situation than the one this team found themselves in prior to the 2015 quarter-final. On this week's Balls.ie rugby podcast, World in Union, the lads selected the Irish team that should start on Sunday.

The Ireland team we want to see start versus New Zealand

The fact is that in all likelihood the same team that many would have predicted prior to the tournament will start this tie. The front five picks itself while the form of Josh van der Flier combined with CJ Stander's superb showing against Samoa means those two are assured their spots. 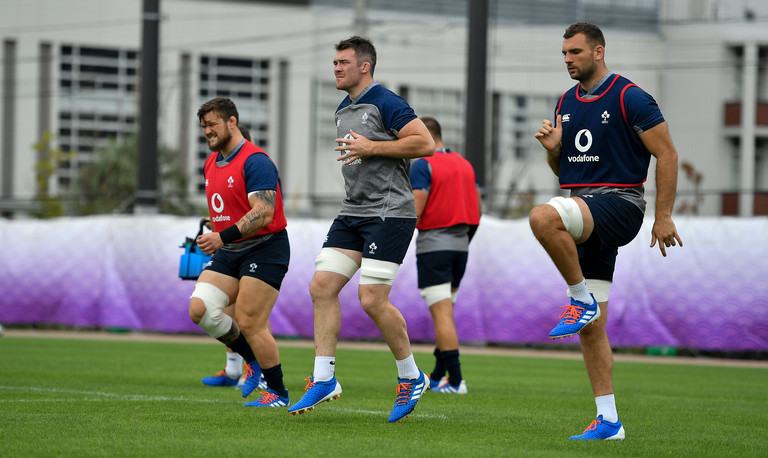 As for Peter O'Mahony, the Munster man's lineout prowess and breakdown efficiency will be key. On top of that, O'Mahony was an integral part of the Irish team that defeated the All Blacks last year.

Johnny Sexton and Conor Murray will renew their partnership while Robbie Henshaw will hope he has shaken off the ring rust that was evident last weekend. The only other question is over the back three.

Jordan Larmour's form has been outstanding but New Zealand are likely to start with two inexperienced wingers in Sevu Reece and George Bridge. Ireland should try and exploit that and go after them in the same way they did Scotland, where they kicked the ball 36 times.

Rob Kearney is a master under the high ball and a loyal lieutenant under Schmidt. With dedicated kick-chasers outside of him, this team can find joy in the air.