Plenty Of Changes As Ireland Team To Play Italy Is Named

Andy Farrell has named his Ireland team to play Italy in the Six Nations this weekend.

The side features a completely new front row from that which started the defeat to France earlier this month.

Fit once again, James Ryan comes into the second row. That selection means Tadhg Beirne moves from the second row to blindside flanker, taking the spot filled by Rhys Ruddock against France. Will Connors takes the place of Josh van der Flier at openside.

Having missed the France game due to a head injury, Johnny Sexton is fit again and captains the team from out-half. The other change in the backs sees Jordan Lamour replace Keith Earls on the wing.

Jamison Gibson-Park continues at scrum-half with Conor Murray still unavailable due to injury.

On the bench, Craig Casey - an unused replacement for the game against France - is in line to win his first cap. Second row Ryan Baird is the other uncapped player in the matchday squad.

Italy vs Ireland kicks off at 2:15pm on Saturday. 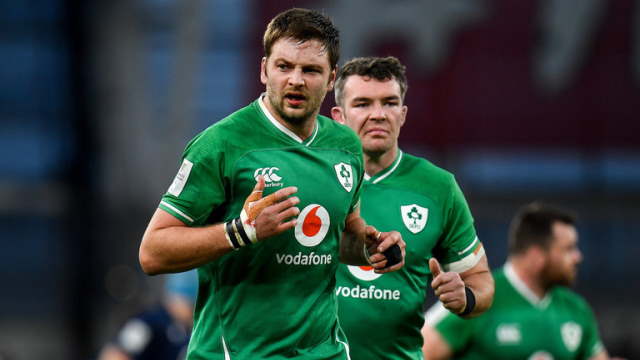