The Ireland Team We Want To See Start Against Samoa

And then there was one. Ireland's final pool clash looms large with Samoa set to bring the fight in Fukuoka.

This is a game Joe Schmidt's side need to win. On top of a positive result, a strong performance would be wonders for a team who have stuttered in recent matches. The good news is that they are conscious of that.

"We’ve seen it in patches but I don’t think we’ve seen it enough. I think that’s something we’re aware of but it’s something that is an easy fix as well," declared coach Simon Easterby this week.

On the Balls.ie Rugby podcast, World in Union, we caught up with former Ireland player turned Connacht Strength and Conditioning coach Johnny O'Connor. As well as that, the lads selected the Ireland team that should start against Somoa.

All the indications are that Ireland will go full-strength to make sure of their progression. However, there is still scope for early change should they do the job early. David Kilcoyne, Niall Scannell, Andrew Porter and Tadhg Beirne could all see close to 40 minutes of action in such a scenario.

Since Ireland revealed their World Cup training squad, they have had 560 minutes of game time rugby. Of that, Garry Ringrose has logged 470 minutes. The Leinster centre has played every minute of this tournament while Robbie Henshaw has not played one.

Given how exposed Ringrose and Peter O'Mahony have been, rotation here would be advisable. A similar argument could be made for Rob Kearney, who missed the opening game due to a foot injury and left the field against Japan for a HIA. 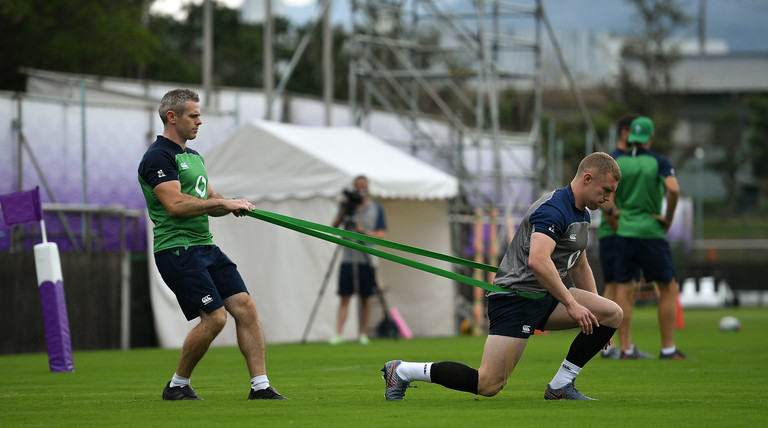 The Ireland team we want to see start versus Samoa

This team would ensure a happy balance with a match fit 23 and a well-earned rest for some key individuals.

SEE ALSO: What Ireland Need To Do To Qualify For Rugby World Cup Quarter-Finals