Noel McNamara takes his Ireland U20s side to Colwyn Bay next week in search of a first Six Nations Grand Slam victory in 12 years, to add to the Championship title already secured in Irish Independent Park in Cork last evening.

The switch to the southern city venue as home ground for Ireland’s youngsters this season has blossomed rapidly from seeds planted with an inspiring second-half performance against England in round one, to capturing the championship spoils with a game in hand in front of a passionate sell out crowd of 8,008 spectators.

Well-spirited renditions of the Fields of Athenry rang around the 4G pitch while even more impressive performances took place inside the four white lines, as Ireland ran out 31-29 point winners over a physical French side - reigning U20 World Champions.

While injuries excluded captain David Hawkshaw and consistently clinical out-half Harry Byrne from the starting line-up, their direct replacements in Sean French and Ben Healy laid down a statement for inclusion in next weeks Grand Slam game in Wales; the latter kicking 16 points, missing only one attempt by the width of the upright. 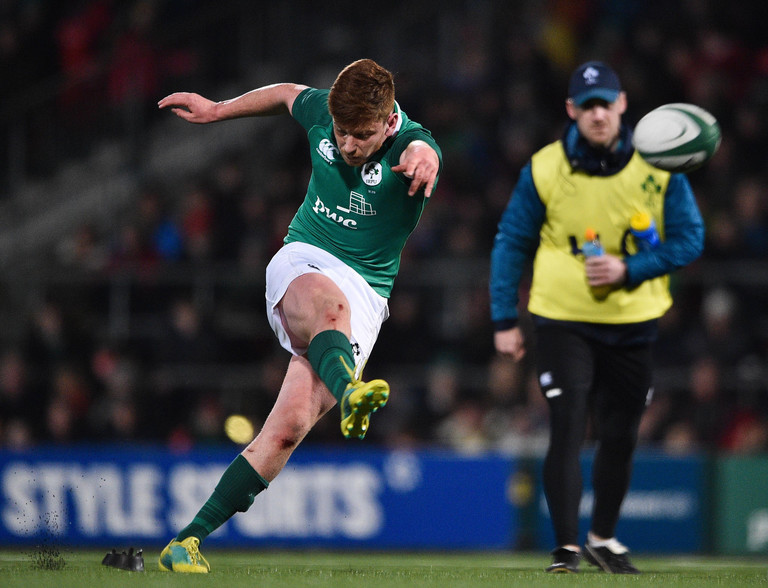 The contest demanded high intensity from the offset, Ireland capitalizing early with 10 points on the board within twelve minutes, but a ten-minute spell returning 14 points for the visitors had the ingredients for a shaky second quarter for McNamara’s men.

While having the ingredients is one thing, it’s what you do with them that counts – and this Ireland team rewrote the cookbook showing resilience and sophistication to stick to the process. Speaking to Irish Rugby TV after the game, Garryowen’s Ben Healy summarised the mindset of this group – get the basics right and focus internally rather than reacting to previous mistakes – a characteristic evident from the initial outing of this campaign against a much-fancied English side.

In contrast to their Senior counterparts weaving their way through the Six Nations cauldron, this group of players are exploiting every opportunity presented to them and have yet to ease their foot off the gas pedal. The front row trio of Wycherley, Tierney-Martin and Clarkson continue to impress, with the Man of the Match Wycherley replicating the form of Tierney-Martin in earlier rounds, getting his name on the scoresheet twice.

Although his involvement was cut short having picked up a knock in the lead up to the home-side’s third try through Callum Reid, Irish fans will be excited by the prospect of Munster Academy scrum-half Craig Casey. Missing the game away to Scotland in round two, Casey halted the impact of injury on his playing form and crossed over twice in Italy, and was a key figure in victory over the French, his work-rate exemplified in a grounding tackle on Jordan Joseph, the Racing 92 Number 8 boasting just under 40kg more on the scales.

Last night’s victory bridging a nine-year gap from the last Six Nations Championship title, celebrations will be temporarily placed on hold as this pack certainly will not be content until they can scribble Wales to their list of conquests in Spring 2019. 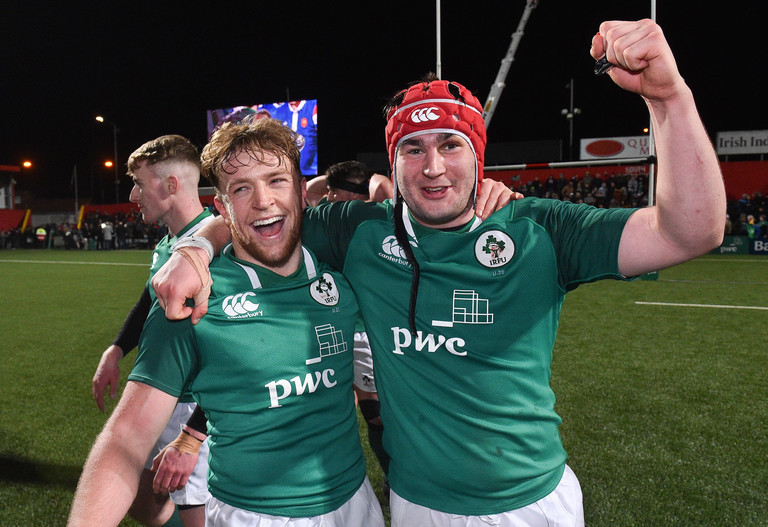 Although much can be said about Ireland’s comfort with the “Favourites Tag”, it appears as though McNamara and his backroom staff have hit the sweet-spot in balancing physical preparation with mental readiness throughout the four battles in Europe to date. They have one last opportunity to get it right, and there’s a Grand Slam at stake.

Rugby
1 week ago
By PJ Browne
'Getting That First Kick Vs England Was Huge. 8 Years Ago I Couldn’t Kick For My AIL Team'
Football
1 month ago
By Mark Farrelly
Praise Be! RTÉ Announce Bumper Line-up Of Classic Sports Coverage
Rugby
3 months ago
By PJ Browne
Player Ratings: Ireland Suffer Chastening Defeat To England
Popular on Balls
The Rewind
9 hours ago
By Balls Team
Luke 'Ming' Flanagan Does European Parliament Video Call In His Jocks
2

The Rewind
16 hours ago
By Michael McCarthy
Joe Exotic Will Be Delighted - Carole Baskin Has Been Awarded His Zoo!
19