On Sunday, Ireland bounced back from their initial pool loss to Spain with a convincing win over home side Italy.

Winger Beibhinn Parsons starred out on the day with a first-half try and sublime run that led to Amee-Leigh Murphy Crowe going over for a second.

Despite being reduced to fourteen early in the second-half after Eimear Considine was sinbinned, Ireland set the pace throughout to hold on for the win.

It was a vitally important four points for Adam Griggs' side as the group are now all tied up. All eyes will be on the next set of games.

What way does qualifying work for the World Cup?

Ireland, Italy, Spain and Scotland make up the European Qualifying Tournament based on their world ranking. Spain enter the competition having won the 2020 Europe Women's Championship.

The top placed team in the EQT goes through automatically. They join Pool B of the World Cup alongside Canada, the USA and the winner of the Asian qualifiers.

The second placed team will go through to a Final Qualification Tournament alongside the Asian runner-up, Samoa and Colombia. The winner of the FQT will join Pool B of the World Cup with New Zealand, Australia and Wales.

Each team in the pool now sit on five points each after exchanging wins. Italy are on top via points differential. Ireland are second, Spain third and Scotland fourth.

Who do Ireland play next?

Ireland play Scotland in the final game of the pool on Saturday at 5pm.

What do Ireland need from the Scotland game to qualify?

Ireland need a win, first and foremost, as the winner of Italy vs Spain earlier in the day will be in contention to top the group.

All eyes will be on Italy hoping they don't win and put up a lot of points, as they're already 10 ahead on points differential.

If Ireland win, they'll undoubtedly be in a qualifying position. How much they win by could determine if they're 1 or 2.

That's taking into account bonus points too, which will overrule points differential if any winning teams can claim them.

Over the last three years, Ireland have beaten Scotland twice in two meetings. Both came in the Six Nations.

In this year's Six Nations Ireland placed third overall and Scotland fifth. So they'll be favoured but the EQT has been a dead rubber so far.

How can I watch the Ireland vs Scotland match? 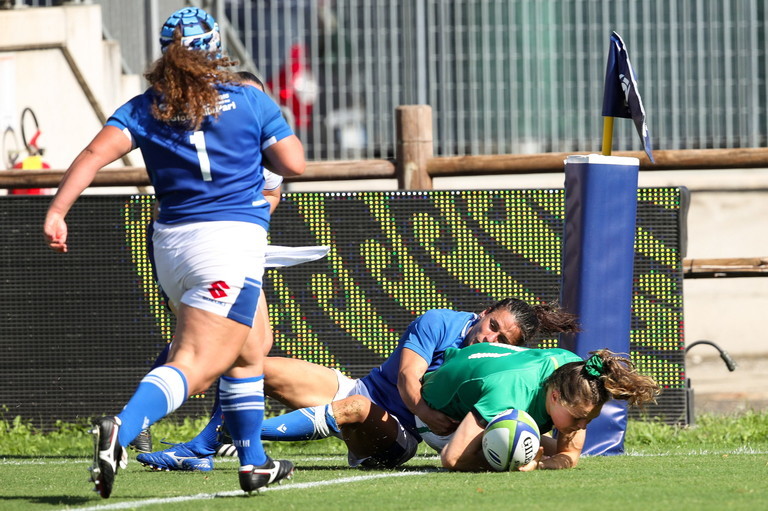