Every day is a new opportunity or so the hackneyed Instagram caption goes. The race to Japan began in earnest last month but today was a genuine starting point as Ireland secured victory over Italy in their first World Cup warm-up game.

In front of a lukewarm Aviva Stadium in mixed conditions, Ireland stuttered at the start and never really motored but got the job done in the end 29-10. For some key personnel, it was as much about the performance as it was the result.

Tries for Joey Carbery, Dave Kearney, Andrew Conway, Jordi Murphy and Kieran Marmion did the job. As a team, they were sufficient but never superb. 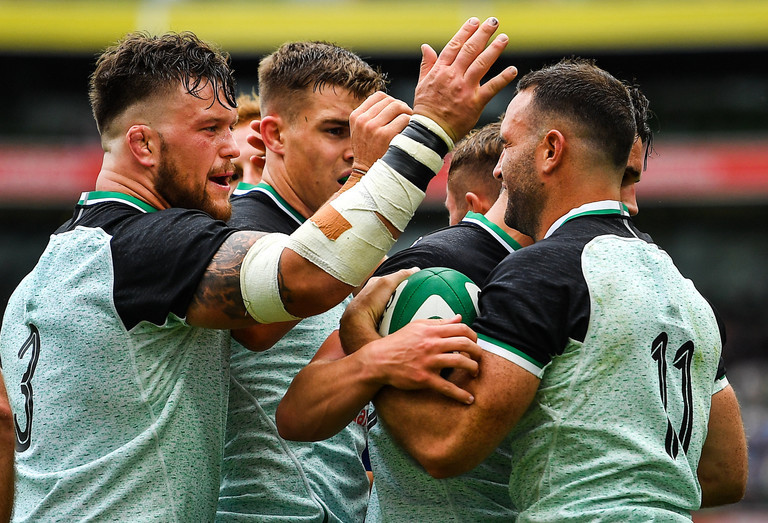 Away from individuals, collectively there was some encouraging signs. The set-piece was at 100% on their own feed and there was some much-needed innovation in front of the try-line for Carbery's try. The Tadhg Beirne back row experiment also looks a runner as he immediately delivered a turnover after his introduction.

But overall it is a mixed exercise with worrying injuries to key personnel and poor defence for two early tries. 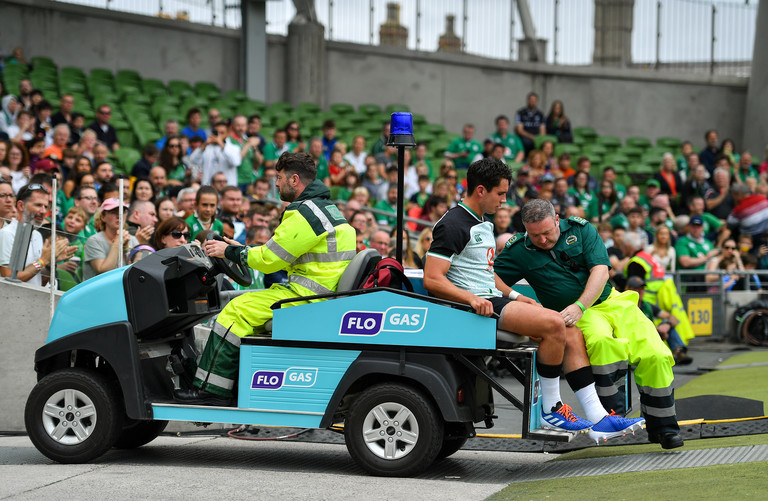 His kicking out of hand and from the tee was excellent. His try well-taken after a gorgeous pass from Munster team-mate Chris Farrell and he tackled well when called upon.

Then it all ended in tears. Beyond cruel to see the 23-year-old leave on a stretcher with an ankle injury. That injury took the wind out of the game's sails. Jack Carty was called upon to replace him. 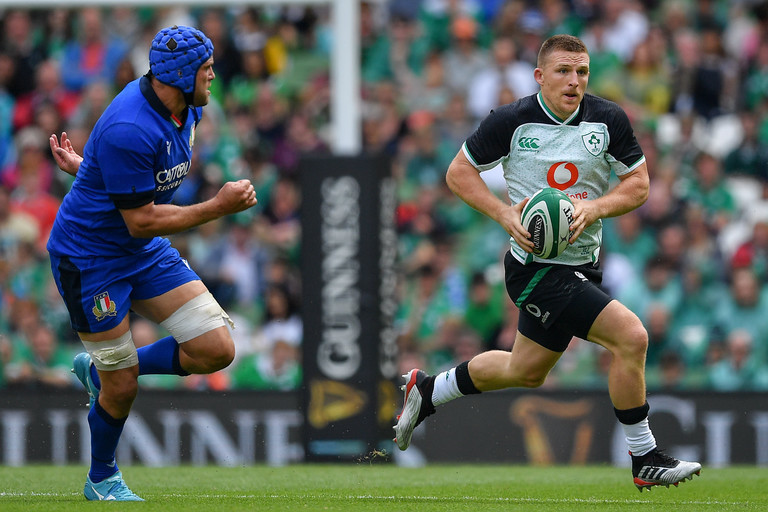 Speaking on RTE Sport, former Ireland head coach Eddie O'Sullivan was adamant right now the Munster man "is on the plane" for Japan. Today was a welcomed opportunity to demonstrate his attacking prowess and versatility. Two clean breaks and one defender beaten. Named Man of the Match. A good afternoon's work. 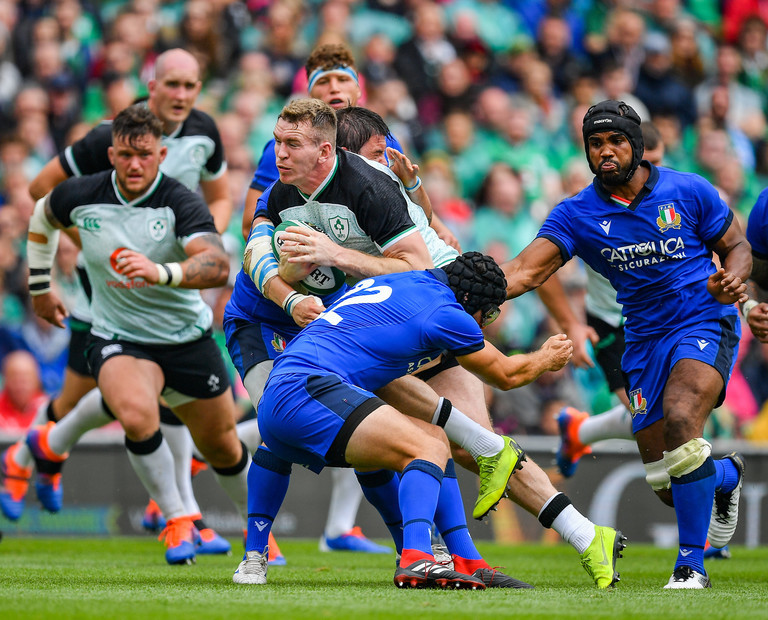 The centre conundrum just got interesting. Farrell was a colossal, carrying like a trojan but mixing it up with some superb passing and decoy running. The most tackles of any back and an impressive carry count. Joe Schmidt is clearly a fan of the Munster man and has selected him every time when he's fit.

The doubts about his ability in the loose may remain but in the tight, the Leinster front-row is an expert and had his counterparts in a world of trouble early on. Throughout the game the combination tests were obvious and it was intriguing to see Ireland opt to take off loosehead Jack McGrath at half-time but bring on tighthead John Ryan. Versatility is a huge asset in a World Cup and Porter can clearly bring that.

As well as that, Rhys Ruddock, Jordi Murphy and Dave Kearney had their moments. Overall, games like this are inevitable and making an impression is strenuous. Should Joey Carbery's injury prove serious, this exercise will be defined by its cost rather than any gain.