Ireland's Rugby World Cup pool could be a far greater task than many perceive, according to renowned rugby pundit Brent Pope.

The Six Nations ended in disappointment for Joe Schmidt's side as they went down 25 - 7 against Wales last Saturday. On the same day, Ireland's World Cup pool opponents Scotland secured a remarkable comeback draw against England and now look an interesting prospect this September.

The pool also contains Japan, Samoa and Russia and as far as Pope is concerned, the hosts could be set to launch a big scalp.

Speaking exclusively to Balls.ie, Pope explained that Japan coaches and former All Blacks Tony Brown and Jamie Joseph are looking to try and deliver another one-off shock, in the same way Japan beat South Africa in 2015.

Interestingly enough, I met up with an ex-team-mate, Jamie Joseph, the former All Black recently. I played with Jamie for years and he was over with Tony Brown, both are coaching Japan. They came over specifically, I met them in the pub the day of the Ireland v England match. They more or less said they were over to decide which team they would target, or how they would target Ireland or Scotland.

For Jamie to get Japan out of the pool stages to potentially a quarter-final at home against New Zealand would be huge. Japan proved at the last World Cup when they beat South Africa when at full strength they are capable of knocking out Ireland or Scotland if they don't take them seriously enough. Now, do they go after Ireland or Scotland? That could well be determined by who they think came out of the Championship better. 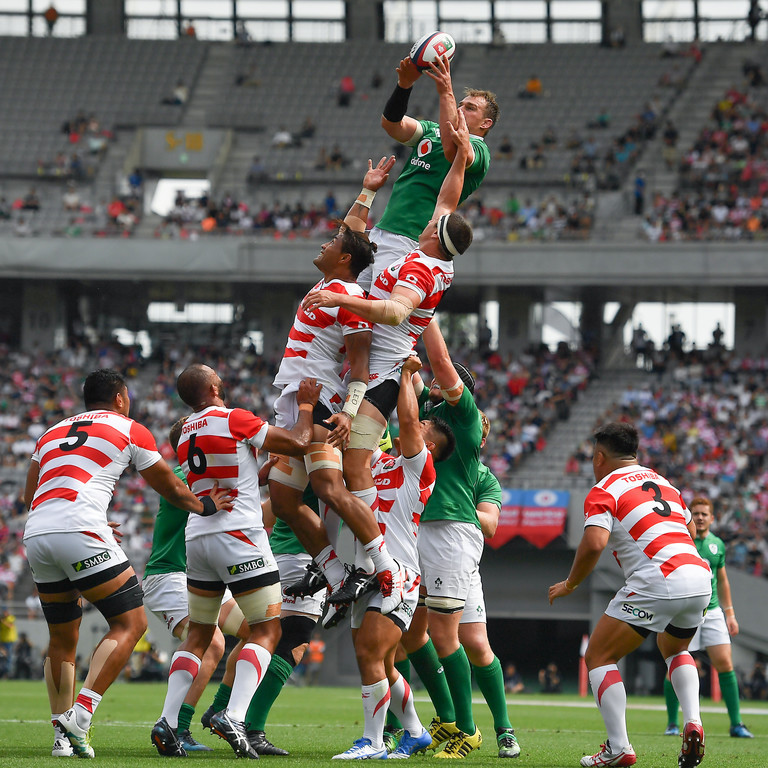 Ireland open their campaign against Scotland before taking on Japan second after just a six-day turnaround. Japan start against Russia and have an eight-day break before playing Ireland. However, Pope did explain that if it was up to him, he would not target the Ireland game: "If I was a coach, I would see Ireland as a bigger threat. No disrespect to Scotland."

It is highly unlikely that a Joe Schmidt team would be complacent against the host nation, but it is certainly interesting that Japan envisage peaking for a targeted game this September.

Ireland's World Cup campaign gets underway on the 22 September.