What Irish Lions Will Warren Gatland Pick For The First Test?

I think at this point we're supposed to feel "British & Irish," accept that four countries have come together as one, and get over all of our petty provincial obsessions. Maybe we'll get there next week.

As of now, as presumably is the case in England, Scotland, and Wales, the chief concern of the majority of Irish rugby fans is what Irish Lions will be picked to start in the Test series which begins on Saturday week in Cape Town. While one more trial game awaits against The Stormers this weekend, last night's game against South Africa "A" was the biggest test yet for the 23 players on display and Gatland will have learned a lot.

With Rónan Kelleher on his way to join the squad, and Tadhg Furlong, Robbie Henshaw, and Jack Conan not involved, just four of Ireland's eight Lions were in action. Conor Murray, Iain Henderson, and Bundee Aki started, while Tadhg Beirne came off the bench.

The South Africans, starved of international rugby since the 2019 World Cup, and even losing their second test to Georgia last weekend, took the opportunity to put out a Springbok team under the South Africa "A" moniker. There was nothing "A" about a lineup that included named like du Toit, Etzebeth, de Klerk, de Allende, Kolbe, Am, and le Roux, all of whom started the World Cup final less than two years ago.

In response, Gatland named a strong Lions team, not quite a test team, but with a number of players you would expect to see on the 24th in the same stadium. It quickly became the unofficial 4th Test, and The Lions were found wanting. Blitzed in the first quarter, they rallied somewhat, but South Africa held on comfortably in the end for 17-13 win, despite being down to 13 men either side of half time.

With this game behind them, Gatland will have a good impression of what team he needs out there to beat South Africa. Here's our assessment of where the eight Irish Lions are just over a week out.

Henshaw and Furlong's stock only went up by their absence on Wednesday night. Both will have come into the tour with likely test spots, and both have performed to that standing so far.

Furlong has long been the most guaranteed of the Irish Lions to start, and nothing much has changed there.

In the centre, Chris Harris and Bundee Aki didn't set the world on fire on Wednesday night, while Owen Farrell's performance at 10 took him out of guaranteed selection territory, with the option of playing him at 12 very much alive.

Henshaw, having missed four games with his hamstring injury is certainly a big worry, but Gatland has already said he could have played at a push last night, and will play on Saturday. Barring any setbacks, getting a game under his belt against the Stormers should be enough for a place in the centre. 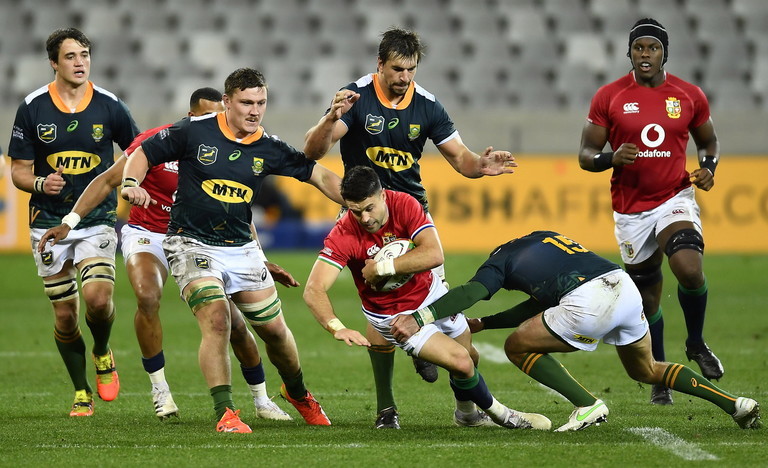 Murray, about to relinquish the tour captaincy to Alun Wyn Jones, may still lead the side out in Cape Town, but either way, he's sure to start at 9. While Gareth Davies appears in prime position for a bench slot ahead of Ali Price, it doesn't appear as thought the Welsh man is challenging the starting role at this point.

Wednesday night was a kick heavy game, something which suited Murray's style, and given Gatland's style, and the Springboks' style, we don't see this changing massively, at least in the first 60 minutes of the tests. On the evidence we've seen thus far, Murray would prefer Dan Biggar outside him to Owen Farrell, and his performance will certainly benefit if the option ends up being Farrell at 12, as it was four years ago.

All of that said, Murray probably had his worst game of the tour so far, and his captaincy was certainly in question when failing to take the scrum close to the line against a 13-man South African team when the Lions had earned a penalty.

This certainly appears very unfair on Iain Henderson. His performances up until now, as well as the injury to Jones, have been him in pole position as the outstanding second row on the tour.

Last night, things got a little messy. Firstly, Henderson didn't have his strongest game of the tour. He certainly didn't stand out, making just one metre from five carries against a ridiculously physical South African pack. There is a concern there that Henderson is at his strongest in a looser style game, one that The Lions are unlikely to have against the Springboks.

Secondly, the 2019 Maro Itoje suddenly showed up against the South Africans and nailed down his starting spot. Itoje might have been picked and potential and reputation alone up until now. With his form back, he's a guarantee.

Thirdly, the much maligned Adam Beard came on for Henderson last night and was outstanding, showing why Gatland chose him over James Ryan. His defence, and counter mauling in particular, was a real stand out, and many Welsh commentators are calling for his inclusion in the test team, as well as a few from outside of Wales.

The guys in comms were right about how well Adam Beard has played. I won’t be surprised if he starts the first test. #LionsRugby

Fourthly, the tour captain is back. Alun Wyn Jones has rejoined the squad and will be doing everything he can to prove to Gatland this week that he is ready to go next week.

At this stage, none of this is clear cut, and this may be one position where the coach will use The Stormers game to finalise his decision. 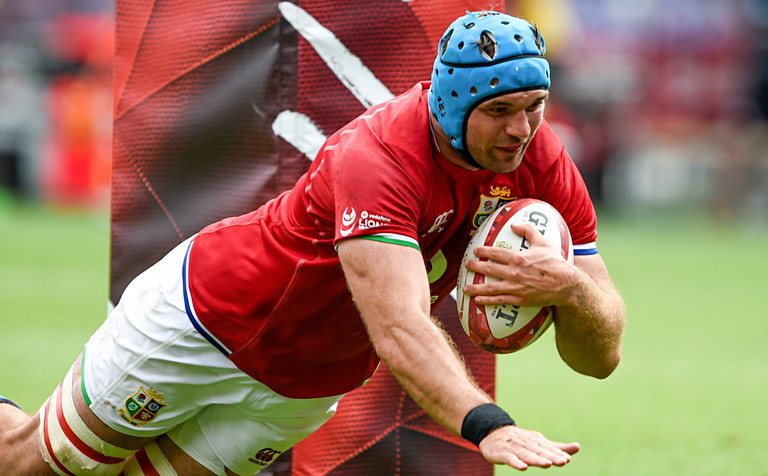 For Tadhg Beirne, he's another one who could very well start, and it would be arguably the form pick. Either way, we're sure Beirne will have a big impact on the game.

At this stage, our instinct is that Gatland will play things tight by trying to include both Hamish Watson and Tom Curry in the backrow, with Beirne primed as the perfect replacement with 25 minutes to go, when the gaps start to appear. It's a role that could end up being a more beneficial than a start for the Munster player.

Bundee Aki has certainly been to the fore on the tour so far, having appeared in every game, and you get the impression he's in real consideration for a test spot. If Gatland goes away from picking Farrell at 12, Aki is right up his street as an option. If the Connacht man doesn't start though, he obviously won't be selected on the bench.

He had a tough first have against South Africa "A" but improved as the game went on. His physicality in midfield against a huge Springbok team means he can't be ruled out yet. 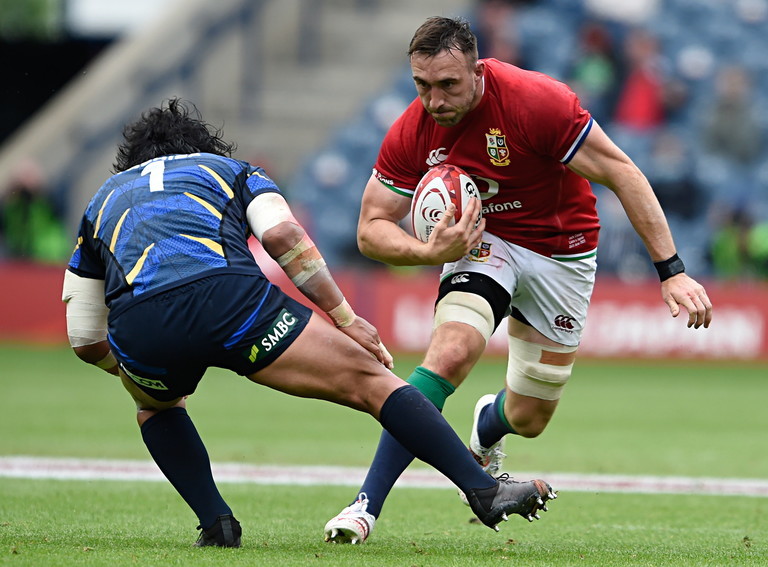 Conan is another that has impressed so far, exceeding expectations and at least forcing a conversation. At this stage though, there's nothing to suggest that Taulupe Faletau's position is under pressure and there's no room for a specialist Number 8 on a test match bench.

Kelleher obviously impressed in the pre-tour training camp and was called up this week despite no obvious injury at hooker. He may get a chance to impress this weekend, but it's hard to see past Jamie George and Ken Owens being the two hookers for the first test. 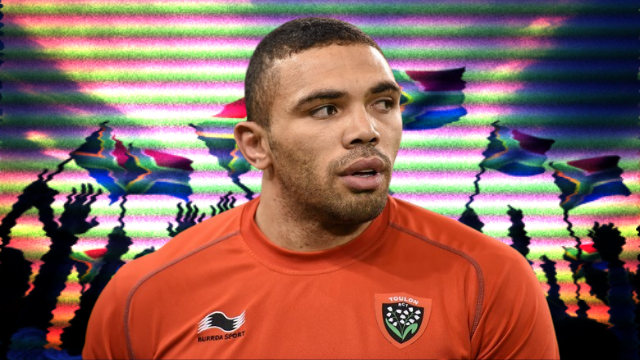