Ireland's performance in the World Rugby U20 Championship was even bigger than we realised. This was not a team that was fancied, but Nigel Carolan brought them together, and showed that there is some real talent in that class of players.

But the most exciting thing about Ireland's performance? It's definitely that this generation of stars will be entering into their prime when Ireland is likely to be hosting the 2023 World Cup. Ireland are 4/9 favourite to win next year's bid to host the tournament - when this year's U20s will be entering their prime at 27, 28 years of age.

That's an incredibly exciting prospect. There are a number of players you can ink into that Ireland squad - so we've had a go at picking the way too early 31-man squad for Ireland's victorious World Cup on home soil. 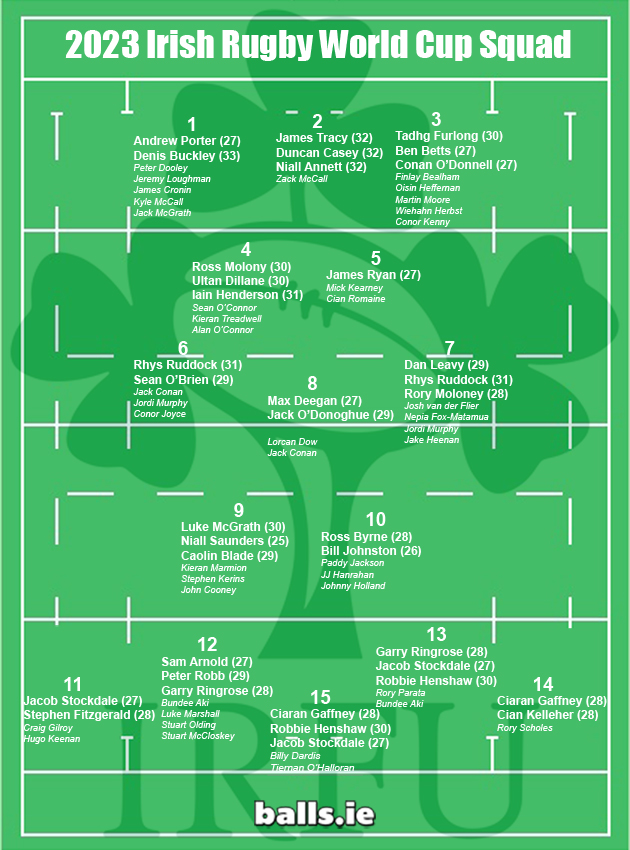 There are nine players from this year's U20s involved, with three more on the fringes. Obviously players will emerge that are even younger than this group of 20s, but for now that looks a strong Irish squad.

There is a lot of talent coming through from the 2014 U20s that reached the semi-finals, and this years - and I've picked a very young squad - obviously unsure about whether some of today's youngsters will still be around in seven years time.

In my eyes that's a talented squad, and it will only get stronger as we figure out who will last, what gem will come through later on.

See Also: Three Irish Players Feature In Our U20 World Cup Team Of The Tournament