As years go, 2018 will take some beating for Irish rugby.

It seems a long time ago now since Johnny Sexton's "Le Drop" set Ireland on the course to a second Grand Slam this century, and it felt like nothing could go wrong from there. At least, that was, until our collective hearts dropped in November with the news that Joe Schmidt would be stepping down after next year's World Cup.

There was a hell of a journey in between too, and by the end, Ireland had won a Grand Slam, a first ever series in Australia, and a first Dublin win over New Zealand. Throw in a Leinster European/Pro 14 double and a glut of end of season awards, including a first World Player of the Year award since 2001, and it's been a pretty incredible 12 months.

We'll all glory in Le Drop and the Stockdale try in the Aviva for years to come, but there were plenty of moments in an epic year that might not make the montage, but are certainly worth remembering.

"I know you hate me, but you have to talk to me"

Sexton: “I know you hate me, but you have to talk to me” pic.twitter.com/luqzOMAtPF

2018 was the year of Johnny Sexton. His bottle in Paris will always be the highlight but throughout the year, he produced some of his best performances in both an Irish and a Leinster shirt.

Outstanding all the way through the three test series in Australia, his performance in the third test in Sydney which got Ireland over the line for a historic win was just. After Peter O'Mahony was controversially taken out of the game by Israel Falou, Sexton was forced to take over the captaincy, and had a very interesting introduction to referee Pascal Gauzere which we all picked up on ref cam.

Sexton later explained to the Sunday Times that the out-half had overheard Gauzere,acting as a touchjudge, telling the referee in the previous test to ignore anything Sexton complained about, despite him acting as captain at the time. Addressing it, straight to the point, is classic Sexton, and one of the reasons he's the player he is.

Two absolute stars of the series when Ireland beat Australia in June share a lovely moment after the third Test.

In 2005 on the Australian Schoolboys tour of UK and Ireland we were billeted out with families in Limerick. The family I was billeted with: the Murrays. I don't think @ConorMurray_9 or I were thinking we'd go on to face each other in test rugby. Great to catch up after the game. pic.twitter.com/MRF9BRsQY0

13 years after the Murray family put up a young Pocock on the Australian Schoolboys' tour of the UK and Ireland, the two have become two of the very best players in world rugby.

He already retired once, but this time it was for real. After playing a massive part in winning another Heineken Cup, Isa Nacewa decided to call it a day and step away from Leinster, for good this time. His letter of goodbye Leinster fans was full of the class you'd expect from the man.

So, why are we leaving?

There is a sign in the RDS tunnel as you walk out that signifies what it means to pull on that jersey and it’s the last thing you see before you walk out into the cauldron of brilliant blue.

It says Ár mBaile, Ár Muintir which translates as Our Home, Our People.

And that’s where we are going. Back to our home and to our people.

But we will always remember Ár mBaile, Ár Muintir.

Keith Earls sprinting 100 yards to chase down a certain Italian try might be the abiding image of the Munster winger in 2018, but in terms of his contribution to Ireland's Grand Slam, his biggest moment came just moments before THE moment.

In phase 24 of 42 at the end of the game against France in Paris, and a couple of minutes before Johnny Sexton would write his name in the history books, the out-half decided to take a huge chance, and kicked the ball. He trusted his technique, and he trusted Earls on the wing. Both did their jobs perfectly, and it gave Ireland some much needed go forward ball in an epic, epic run of phases. If Earls doesn't take that ball, there's no "Le Drop", there's no Grand Slam.

On 31st March this year, Munster beat Toulon in Thomond Park to qualify for the semi-final of the Champions Cup, and this writer got married. Unfortunately for me, the wedding photos took place during the second half of the game, and I was unaware of proceeding as the rest of the congregation came together to watch another classic Munster European win.
The first I heard about Andrew Conway's winning try was about an hour later when I bumped into an uncle in the bathroom. Quick pleasantries about a lovely ceremony were quickly put aside as Conway's "magic" was described in every little detail. "The greatest try ever scored in Thomond Park", he grabbed the ball from at least "15 yards over the sideline", before "rounding about 10 Toulon players" and running "100 yards under the posts".
It says it all for this try that when you finally do see it, it very barely disappoints. Magic is right.

One of the abiding images of the rugby year was Peter O'Mahony celebrating the Six Nations title with superfan Jennifer Malone and presenting her with his Championship medal, declaring, "she's one of us".

Jennifer's mother Donna explained to Balls earlier this year how Jennifer ended up with the medal.

To begin with, it was funny because Peter had put it around her neck to have the photo. Then he says, 'Do you want to keep the medal? I'll get it off you when I get home'. I was like, 'Are you sure?' because I was more worried about losing it.

Dan Sheridan didn't realise that Peter was after saying that we'd give it back. Of course, Dan puts it out on Twitter and then it went viral.

I was like, 'Oh my God, Peter is going to think that we think we're keeping it when he didn't say so'.

Paulie's not having any of Inverdale's shit:

Paul O'Connell dominated the BBC studio in the Six Nations as Ireland dominated the tournament. Paulie doesn't suffer fools gladly, so he was always going to have his moments with homer extraordinaire John Inverdale on the Beeb. After Scotland's victory over England last spring, O'Connell didn't let us down. As Inverdale did his best to blame the referee for England's defeat, Paulie quickly put him in his place.

If you want to do a forensic analysis of the game, if you're an English supporter you can look at every ruck and you can see a penalty for you; you can see one for Scotland if you're a Scottish supporter. But, for my eyes, I thought Nigel Owens had a good game.

Scottish and neutral fans were quick to thank the former Irish captain. 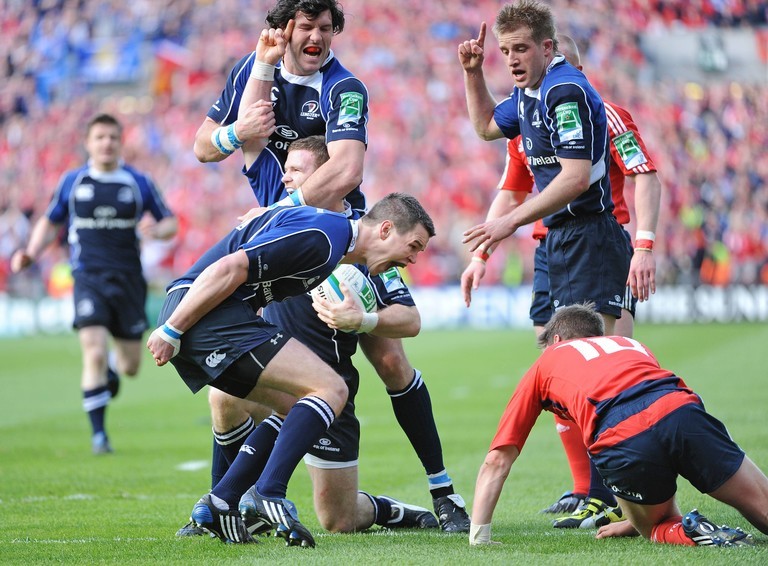 The man in line to win WPOTY tomorrow night deserves it not only for his on field qualities but also for his off field.Never had it easy,played AIL for years,nearly lost his Leinster contract but kept persevering. A brilliant player, but a better person with great values.

Example. Heard I was moving early to NZ. 90% of people text or on a good day ring!!JS piles his family into the car on a day he should be kicking to do a 650km tround trip to wish me well and shake my hand.Didn’t need to but did... #champ#leader # deserved

When you're lucky enough to play with Peter O'Mahony. pic.twitter.com/Cbi8tbGufW

A Grand Slam with ease: 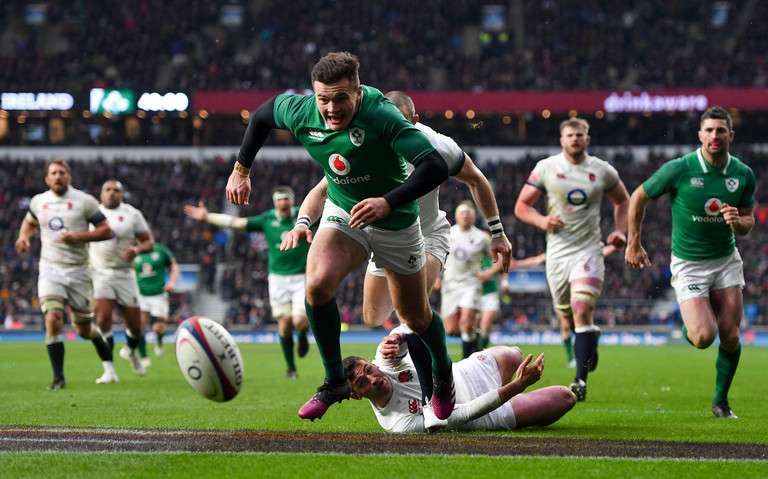 Jacob Stockdale's try put us 21-5 up at Twickenham at half time. The game ended up 24-15 but in truth, that scoreline didn't do the ease of the victory justice. It was a far cry from the nerves of Cardiff nine years ago, this was a different kind of Irish glory.

This was a successful Irish team simply being the best. Winning games they should be winning with minimal fuss. It summed up the entire year. An easy win against England at Twickenham to complete a Grand Slam. Before 2018, that wouldn't even sound real.