11 Of The Most Memorable Tries In Irish Rugby From 2021

The 2020-21 Irish rugby season did not yield the results Ireland’s teams would have wanted.

Our provinces underperformed and underachieved in Europe. Our men’s team had an average Six Nations. Our women’s team disappointed in their bid to qualify for the 2022 World Cup. Our men’s sevens side had a poor Olympics, given the high standards they hold themselves to.

Thankfully the beginning of the new season has brought renewed hope to all our teams, and women’s rugby in Ireland looks set for great and positive change.

Throughout the year of 2021, although there were some low points, there have been a plethora of memorable scores from our teams. We take a look back at 11 of them.

Dismantling England at home after a poor Six Nations campaign has been a regular occurrence for Ireland over the past decade.

Our 32-18 victory appears to have been the catalyst of confidence that drove Farrell’s side towards their unbelievably successful Autumn campaign.

The try is special for two reasons. It showed that Keith Earls ages like wine. It also exhibited the handling skills of Jack Conan, and was an early moment in his renaissance that lead to a Lions Tour and a regular place in the Irish side.

The 2021 u20s Six Nations was played during the summer in Cardiff, replacing the annual World Championship. Ireland’s brightest sparks included Jamie Osborne, Chris Cosgrave, and Alex Soroka. But the two players who stood out above all others were the captain Alex Kendellen and the Ulster scrumhalf (who also slotted in at 10) Nathan Doak.

Doak’s score against Wales showed off his aerial skills along with footwork, a hand-off, and a turn of pace. He has since gone on to greater heights by putting in MOTM performances in the URC, and earning his place as backup to John Cooney. We will look back on this try in years to come as a defining moment in what will likely be show stopping career as an Irish rugby star.

Down by two points with France on the attack in Ireland’s half, and an Olympic spot at stake.  Winner takes all.

The ball pops loose and falls to just the right man, Terry Kennedy. Himself and Conroy have an otherworldly relationship on the pitch and Kennedy somehow finds him. Conroy does the rest and sets his side on their way to an historic result for Irish rugby.

We had been waiting far too long for this man’s Irish debut, mostly the fault of a devastating lengthy injury. But within minutes of the grand opening that was Baloucoune’s debut, he made all our dreams come true and scored an absolute screamer.

Ireland get their opening try as Robert Baloucoune backs himself to score - #IREvUSA #rterugby pic.twitter.com/9QEJunXZRD

Parson's is one of the most thrilling players on the island to watch in full flight. She delivered again against the USA in November, after gathering a beautiful crossfield kick from Stacey Flood.

It was a welcome moment for Irish rugby after what had been a tough year, following World Cup failure and a string of controversies within the women’s game.

An Irish rugby legend, in her last game for her country, no more words needed.

This try was special for a few reasons.

Any try against New Zealand feels different. They feel rarer, harder to achieve, and always get a louder cheer despite the score line. The All Blacks have a phenomenal defence and scoring in the corner after taking the risk of going wide is always particularly satisfying.

The fact that James Lowe scored meant more as well, given the the criticism he was subject to after his performances in the Six Nations.

The best Irish international try of the year. Breath taking rugby, with multiple skills on show, and an accuracy that made it nearly impossible to defend.

The try that made us go “hang on, there might just be something about this Irish team.”

Here is that stunning Andrew Conway try that put Ireland into a wonderful position early on.

Hansen has been the stand out back-three player this year amongst the provinces, and a try of his had to be included. This finish showed that he’s not just a silky runner, but that he has serious aerial ability as well.

The same game and Hansen is also involved. Thankfully the discourse surrounding this try focused on Sheehan’s footwork, rather than Hansen’s defence.

There was nothing the Aussie could do about it, after what was perhaps the best footwork we have seen from a hooker on these shores.

Making your Munster debut away from home in Europe is an unusual situation to find yourself in, but Campbell looked assured and mature, and his try showed off his turn of pace.

The Munster vs Wasps game was symbolic, as it showcased a new era of Munster players. While Pa Campbell may have finished this score, we will watch it in years to come and we will remember the likes of Okeke, O’Connor, Buckley, and French.

SEE ALSO: Quiz: Test Your Knowledge In Our Big Rugby Quiz Of 2021 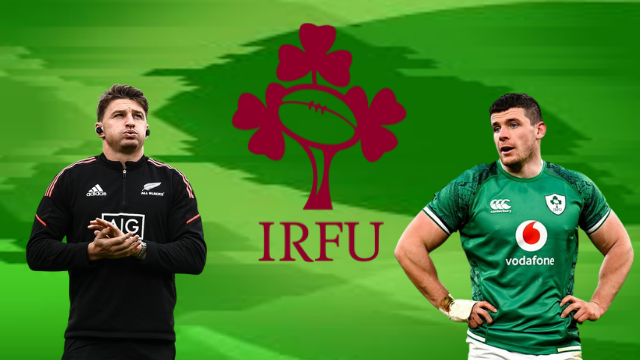