Eimear Considine: 'We Need Depth Because We Were Matching England'

Ireland’s fullback Eimear Considine is all business, with that business being the actions and results that happen on the rugby pitch. These results in the recent Six Nations were mainly positive, other than a loss to the Welsh in a game "that got away."

The main talking point surrounding the Six Nations campaign was not the results however, it was the removal of seven players from the squad to join up with the 7s side who were taking park in the World Sevens Series in Langford last weekend.

Focus Remains On The Pitch

Irish women’s rugby has been plagued by a series of similar setbacks over the past 12 months, but Considine is adamant that controversies or decisions made off the pitch by the higher-ups in Irish rugby are not problems for players to be focusing on.

“I suppose the thing is as players, we’re not involved in a lot of those decisions. We have to look at what we do on the pitch and that’s probably my answer to you that yes all of that is going on in the background but at the end of the day what we have to focus on is actually playing and getting ourselves better.”

And she is right. The focus for a player has to be on the performances on the pitch, and what is the point of getting bogged down and distracted by off-field goings-ons.

Too much focus on these issues also takes away from the some of the positive results and performances from the Six Nations, which was ended superbly with a last minute win against Scotland. 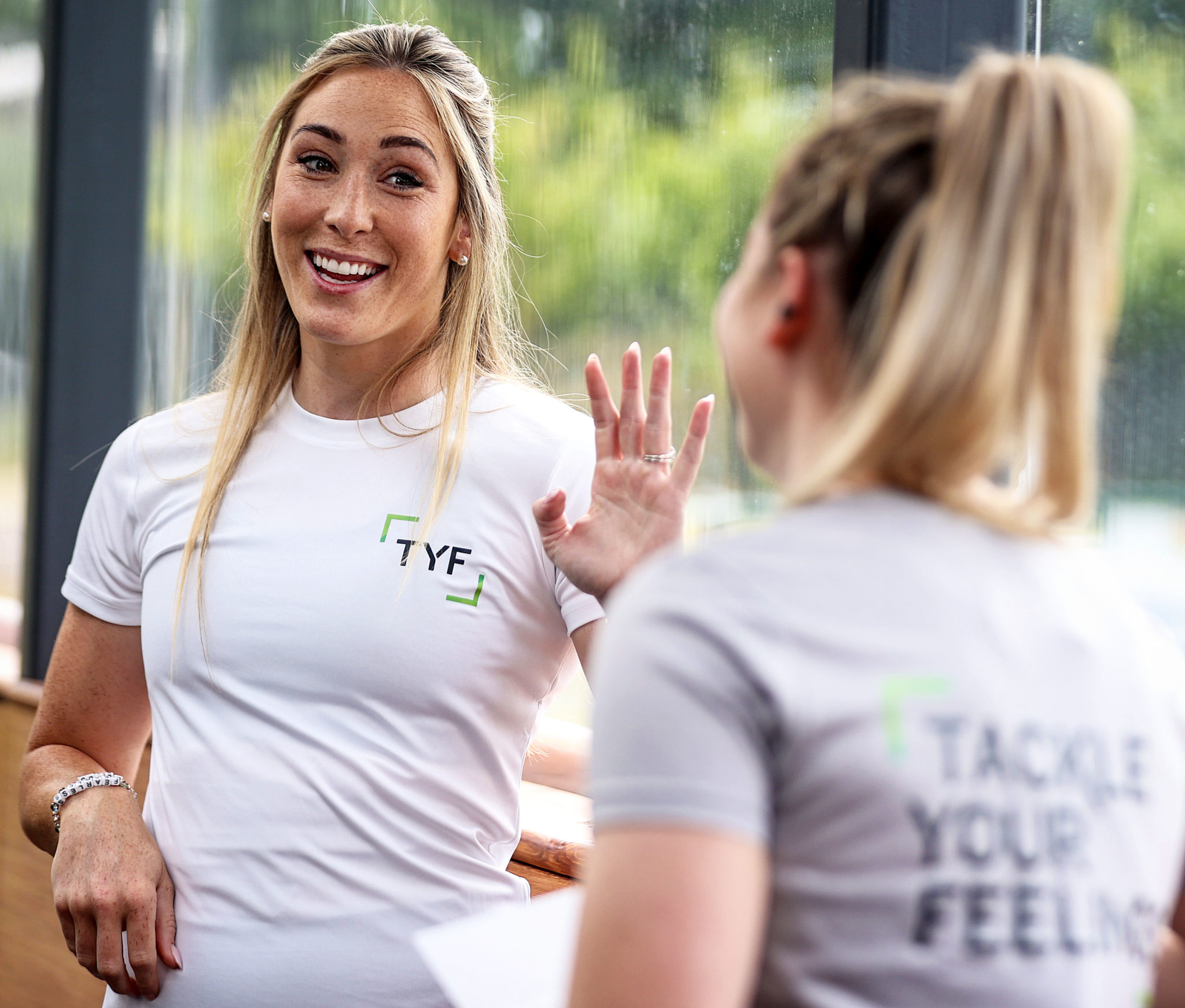 Overall, Considine is positive on the direction Irish rugby is heading, in terms of the women’s game, and sites the continued support and improvement of the infrastructure at underage level as a reason for optimism.

“There is lots of movement in Irish rugby at the moment, and if I’m being optimistic it’s going in a better direction. Like already from the review there’s been jobs advertised about full time permanent jobs for women’s rugby. There is the pathways put in place for the under 16s and 18s program, you saw at the weekend the inter-pros. There’s finally a women’s u20s Six Nations team that’s in the pipeline.

“It's nothing to do with us, we’re still just players at the end of the day. But it’s good that the people in decision making roles are finally making those decisions, and the funding’s being put in place, and the money’s being put into us.”

Despite two excellent wins against Italy and Scotland, Considine and Ireland suffered a gruelling 69-0 loss to England at Welford Road.

Regardless of the score, it was a proud performance with Ireland only down 10-0 at half-time, and up against a fully professional English outfit. On top of that, the Irish side had to deal with the disruption of the 7s players leaving.

However, Considine believes that with the funding and infrastructure at an underage level, Irish rugby can catch up with England, and achieve the incredible depth that their squad possesses.

“I had a conversation with Aoife Wafer recently and she calculated the amount of years I was playing rugby versus the amount of years she’s playing rugby. She’s nineteen and I’m thirty, and she had played more rugby than I have. So that’s the future and it’s the experience that the younger girls coming up have, starting at a younger age. And it’s the pathways that they have they can now play provincial u16s and u18s, play for Ireland u20s, before they go and put on an Irish jersey in a senior campaign. 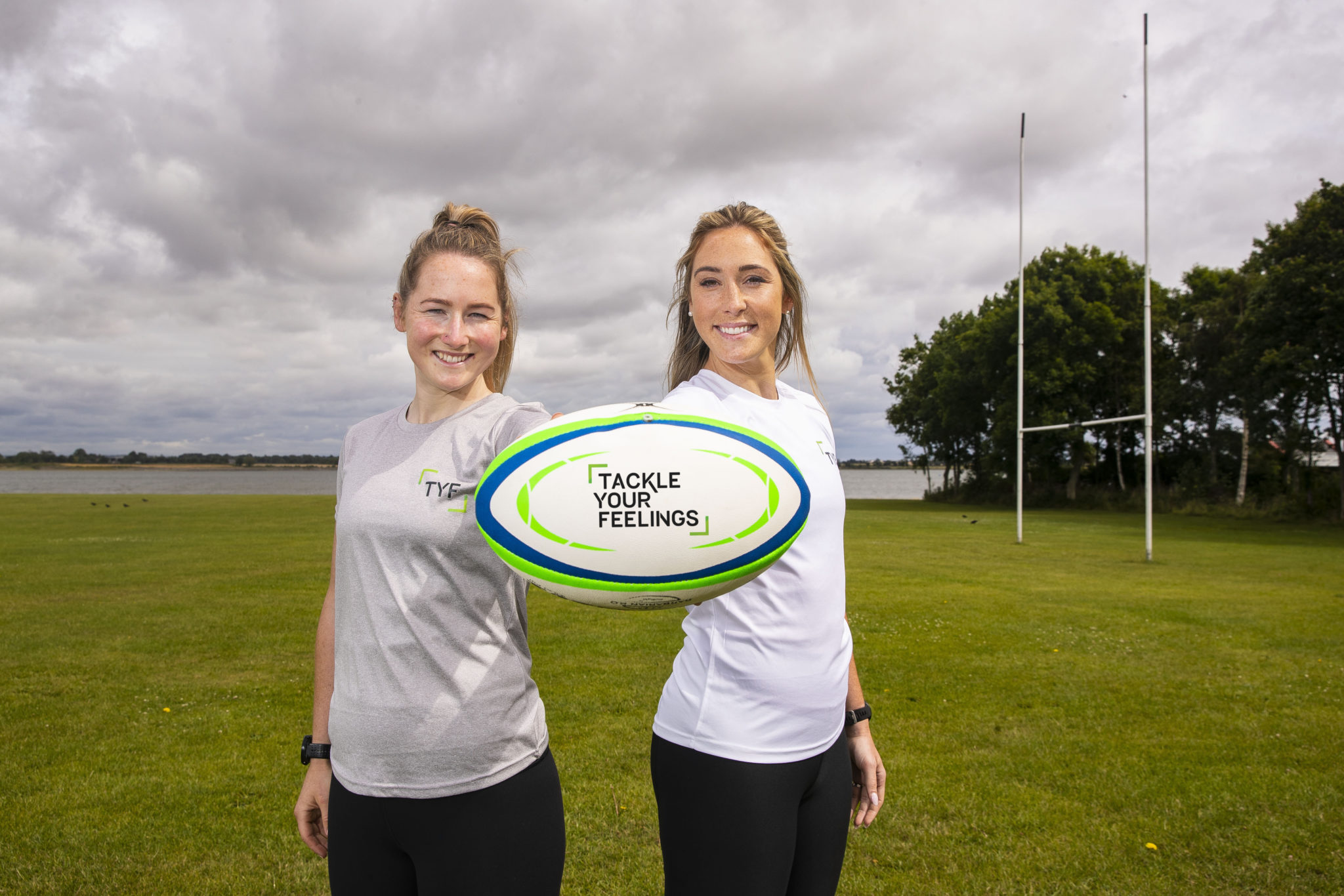 Eimear with her sister Ailish.

Ideally, somewhere in the near future, the 7s and 15 a side squads will be separate, or at least that there will be enough depth in Irish rugby so as that neither squad are put under the immense pressure seen against England.

This is still a dream however, as Considine points out, and whichever squad is the priority for Irish rugby changes on a year to year basis. And this stark fact makes the disappointment of missing out on World Cup qualification all the more brutal.

What happens next year remains to be seen, and it is perhaps this uncertainty in the women’s game that is the main plague of Irish rugby currently.

Uncertainty In The Future Of The Women's Game

“It's not the players problem. The players don’t make those fixtures the players don’t select themselves. It’s nothing to do with the players. They’re going be put where they’re told to be put, and given that it’s a World Cup year for the sevens, that was probably the priority this year for them. And obviously they were phenomenal in Spain and backed that up with a really good third performance at the weekend.”

“I don’t know what will happen next year it will be the decision of both Aidan and Greg of which players they pick and I suppose the priority going forward of is it sevens or fifteens next year? And it does change year on year.

“When we are in a situation where we need the players and we don’t have the depth of players, maybe in years to come it will be separate, but at the moment I don’t know the answer to that question. Only that it is on a year to year basis and on priority and needs, and at the moment we’re not in that fifteen’s World Cup, so the sevens have a World Cup to prepare for.”

Currently, it seems that a lot of the support the women’s XVs side receives from the IRFU depends on their results. Whereas in reality it should be the other way around.

With the aforementioned developments at underage level, increased funding, and new positions created within Irish rugby to focus solely on the women’s game, here's hoping that the situation will improve and the rewards will be reaped in the coming years.

As Eimear points out, positive results and performances have been achieved in recent months, and thus the potential is there to reach greater heights in what is hopefully the near future.

Today, Rugby Players Ireland has released two brand new videos with Eimear and Ailish Considine for the Tackle Your Feelings Schools Campaign, supported by Zurich and the Z Zurich Foundation. Ailish, an AFLW player for Adelaide Crows and the newest Tackle Your Feelings ambassador, joins her sister, current Ireland rugby international and TYF ambassador, Eimear, in two new videos to discuss the advice they wish they could give their younger selves, the importance of being kind to yourself in the age of social media and what they have learned from each other. 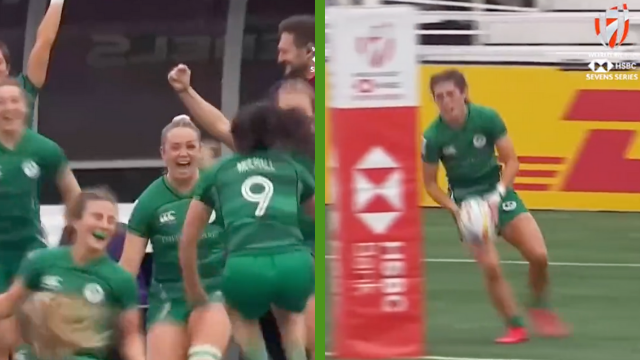 Rugby
3 weeks ago
By Colman Stanley
Ex-Internationals Question IRFU's Planning And Support After England Rout
Rugby
5 months ago
By Colman Stanley
TDs Suggest Freezing State Rugby Funding Until Resolution Of Dispute With Women's Players
Rugby
5 months ago
By Colman Stanley
IRFU Hit Back At Government Letter From Irish Women's Team Members
Popular on Balls
Football
7 hours ago
By Eoin Harrington
Juan Mata Questions Manchester United Management After Dire Season
Golf
2 days ago
By Gary Connaughton
Padraig Harrington Glad He Didn't Have To 'Make A Decision' On Saudi Golf League
Football
1 day ago
By Gary Connaughton
The Frank Lampard Love-In After Everton's Survival Was Downright Bizarre
GAA
2 days ago
By PJ Browne
'It Came At An Awkward Time. I Didn't Think It Would Be So Bad'