Ireland will no doubt take some encouragement from their performance in Rome yesterday, but the level of the opposition has to be taken into account.

With the possible exception of the opening ten minutes, Italy were never at the races. They now boast a points differential of -101 after three games in the championship.

While they were some signs of progress in Italian rugby in years gone by, the gap between them and the other European nations seems to be growing larger.

Serious questions are now being raised about their future in the tournament. Sam Warburton called for relegation to be introduced in the Six Nations a number of weeks ago, with the possibility of South Africa or Argentina joining the Six Nations has also been mooted.

Speaking on RTÉ’S Sunday Sport, Shane Byrne said that Italy's future in the Six Nations has to come under question if these results continue.

It’s very frustrating to look at.

Even in the last couple of seasons when they had a couple of narrow defeats and their defence was heroic and very good; it might just take one bad error, which would cost them a try.

But this year it’s almost the opposite. Their attack seems to be far better. Against France, against England they made clean line breaks several times. Their defence seems to have taken a step back.

We always thought nothing could happen cause 'the Italians can’t be abandoned after putting so much into it’ by bringing up Georgia or someone like that, restructuring the Six Nations into a two-tier tournament.

But now with the thought of an Argentina or a South Africa stepping into the Six Nations, you have to think that their position in the Six Nations is becoming pretty precarious if this continues.

Italy played in the competition for the first time in 2000, winning only 12 games in the intervening years.

Change is often slow to come in the Six Nations, but Italy continually taking heavy beatings without any repercussions surely can't go on for too much longer. 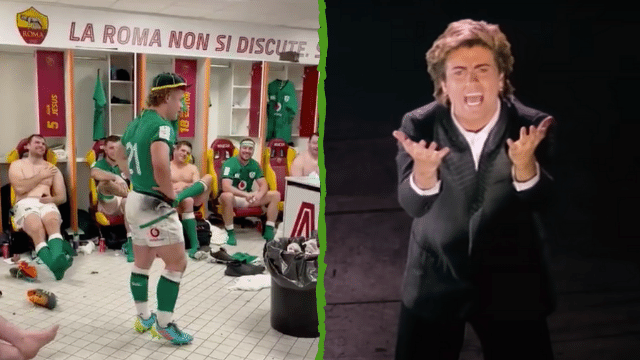