How Connacht Players Are Training During The Covid-19 Emergency

Though he is not scheduled to return to collective training until mid-May - and possibly even further down the calendar - Jack Carty is not on holiday.

Last week, he and other Connacht players turned up at the province's training centre to equip their homes with what they need to stay fit during the Covid-19 emergency.

"I got an assault bike, which was probably the worst advice I got in my life," Carty, an ambassador for the Tackle Your Feelings campaign, said on a video conference call on Wednesday.

"Then I think it's similar in all the provinces, they took gyms apart and divided all the equipment amongst all the players. We had a day last week where all the cars pulled up behind each other and we were given time slots to go into the gyms, 1 and 2.

"There was hand sanitizer on the way in and out, all the gym equipment was cleaned, you'd take it out and bring it home and that was done on a needs, wants and haves basis.

"Myself and Jonny Murphy, we got a barbell, a trap bar, we have the assault bike, we have a 40kg dumbbell, a 47kg dumbbell, two 25kg plates, two 20kg plates and two 10kg plates."

The out-half has an area with artificial grass at the back of his home where he's set up the temporary gym. If the weather remains decent in Galway, he and Murphy will be able to get some sessions done. Connacht strength and conditioning coach Johnny O'Connor has sent players a two-week training programme to work off initially.

"I don't know if many of the other lads did but I managed to rob six balls from the Sportsground before we left," said Carty.

"With them, plus the others I had, I have around 12 now so I can just line up kicks in the back. I have a small net I can kick into or there's a park down the road with Gaelic sticks in it so I can go down there when needs be.

"I've been trying to keep it the same as it's been - kick on a Tuesday and Wednesday and then if I can kick at the weekend to replace a game, just keeping it the same. Then a small bit of passing but it's only with Jonny because you don't want to be passing to loads of the lads. It's between myself and himself." 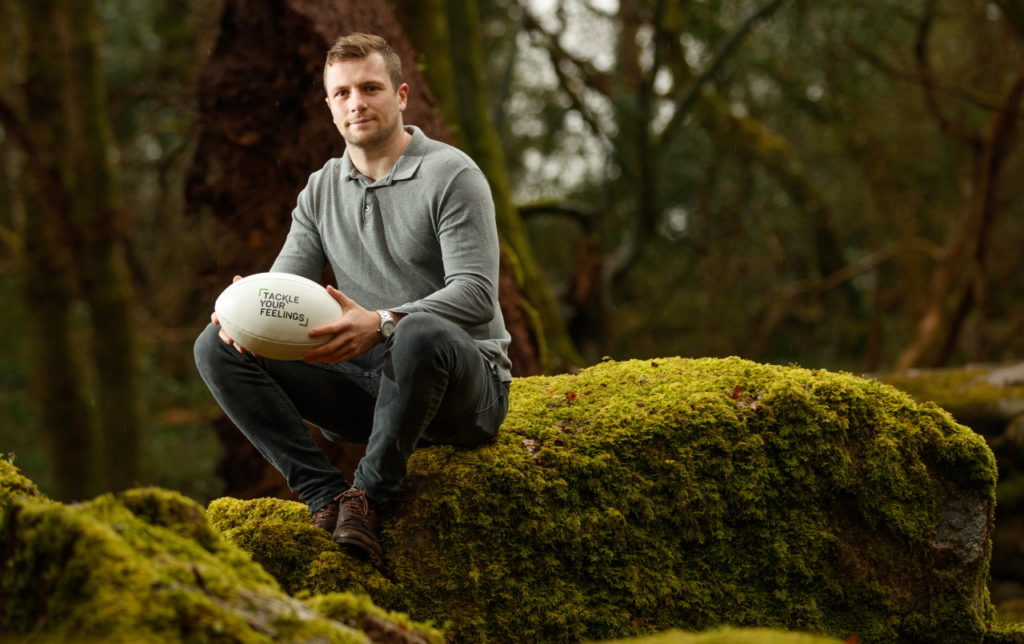 After the high of being selected for the Rugby World Cup squad, the disappointment of Ireland's performance in Japan was followed by a dip in form for Carty.

"I remember when I finished up in Japan, I was getting back in training straight away," said the 27-year-old.

I was really motivated to get back and play with Connacht. We were given two weeks off. I was just dying to get back.

I remember I was training loads and my first game back against Leinster, we got beaten by 40 points. The following weekend we played Montpellier, we won but didn't play that well.

I remember the frustration that I had. I had a picture of what I wanted everything to look like after the World Cup. It probably went in some ways nearly the exact opposite that I wanted.

I'd worked so hard for a period of time to get into an Irish setup and then after the World Cup, I was out of it. It's just one of those things.

I have to work my way back into the setup again. I've full confidence that I'll be able to do that. The last couple of games that I've played, I've played quite well.

It's frustrating in certain aspects that the season hasn't been able to continue on because I thought that I was finding a bit of form again.

On Friday, the IRFU announced that the payment of a portion of staff and player salaries will be deferred to a later date as the union looks the financially navigate the emergency. Carty believes the IRFU should be commended for taking that option rather than making job cuts.

"The season being finished isn't at the forefront of our minds," he added.

"I don't think it particularly matters in the grand scheme of things. Rugby is obviously a small and tiny little cog in everything that's going on at the moment.

"There are people with family members who are high risk and are just about managing the current situation."

Jack Carty was on hand to lend his support to the #ImTakingControl campaign which encourages people to ‘Take Control’ of their mental wellbeing using principles from both sport and positive psychology. Research commissioned by Zurich & Rugby Players Ireland and conducted by iReach across the island of Ireland, prior to the Covid-19 pandemic, revealed one in every ten adults have been victims of online bullying.