There were a couple of minutes to play in the Heineken Champions Cup quarter-final between Leinster and Exeter earlier this month when the Irish side won a penalty from a scrum.

Jack Conan began celebrating with the energy usually only shown by a hurler who's just won a free on their own half-back line. Leinster were already 31-22 up at the time. Ross Byrne kicked the penalty to cap the win.

Conan's celebration had a couple of motivations. Leinster, 14 points down at one stage in the game, were about to beat the reigning European champions on their home ground. And, after enduring a nightmare 2019/20 season, he was also excited about being back playing big knockout games for the province.

"That win in Sandy Park was one of the best team performances I've ever been involved with," says Conan.

"Looking back now, some of my celebrations were a little bit over the top at times. I think that's just a testament to how much I was enjoying it, and how much I'm enjoying my rugby at the moment.

"It was a little bit cringe worthy looking back. I thought in my head, 'That's the sealing of game. We're going to kick to the corner or take three, put it out of sight'.

"We watched it back on Monday and everyone had a good laugh at my expense. I was praying that they'd fast-forward through it. Of course, it was highlighted." 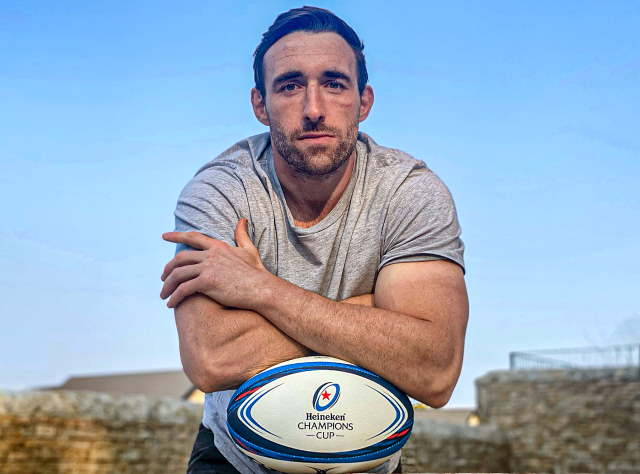 Conan's career has been pockmarked by injuries, his most recent major one being at the 2019 World Cup. His tournament was cut short by a foot knock suffered during training. It was due to keep him out of action for six months, and then Covid-19 added to his time on the sideline.

"My foot looks horrendous - there are scars all over the place," says the 28-year-old.

"They're not the prettiest things anyway.

"I remember my first really bad injury, I might have been 22 or 23. I was for a good few months, and I found that really, really difficult to deal with.

"I'd played 20 or 30-odd games for Leinster at that stage, and then I was out for six months. I struggled mentally with the side effects of injury and not being involved more than I ever thought I would have.

"I learnt from that. You have to put support systems in place to deal with these setbacks so you never feel as low as you did the first time.

"Very few go through their careers without an extended time on the sideline. Please God, I've done my time at this stage. I'm trying to do my best to stay on top of my rehab and stay fit."

Winning a scrum penalty at 78 mins - Jack Conan shows what it means for ⁦us all @leinsterrugby⁩ - we were screaming with delight too !! pic.twitter.com/9QXXKWttS5

Seven years on from his Leinster debut and six from his international bow, Conan has won just 20 caps, the most recent of those being the victory over England in the Six Nations. The injuries - and being in the queue behind two bulletproof players in Jamie Heaslip and CJ Stander - prevented him from winning more.

"I never would have thought this far ahead," says Conan.

"I try not to get too bogged down with the future. I try to be bit more present. Even though I'm pretty guilty of overthinking a lot of things, especially when it comes to my career.

"There's been plenty of me being in the team and then out, seeing other lads playing in your position going well and then getting capped for Ireland. Sometimes it's tough to see, but you'd never begrudge anyone."

The last six weeks have been good ones for the backrow. Along with the try scoring performance against England, he featured against Italy and Scotland. He also scored a try in Leinster's Pro14 final victory over Munster, and signed a new contract with the province.

In rugby, with the possibility of a career-ending blow being just around the corner, players can no longer afford to not think about what they will do when the final whistle blows. Conan has been studying for a degree in business at Griffith College.

"It is difficult to balance it," he says.

"It's something I'm incredibly guilty of, not being able to find that balance the whole time, especially if you're in Irish camp and it's all-consuming.

"I'm just chipping away at it, keeping it going, and making sure that at the end of the day when I do hang up the boots, there's a life there for you after and it's not all or nothing."

Quiz: Name The Starting XV's From The Leinster Vs Munster 2006 Heineken Cup Semi-Final 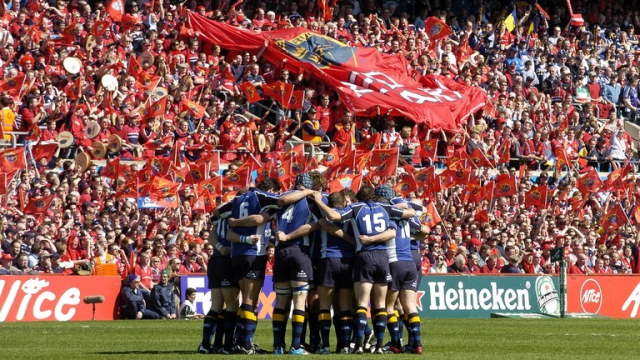